After perusing a massive 238-slide deck that is Mary Meeker’s new 2016 Internet Trends Report this morning, a slide has captured my attention that summarizes the trend toward voice searches and digital assistants. It says that in five years time at least half of all searches will be either through images or speech, which is fascinating.

What I find even more remarkable is the fact that Siri alone handled more than one billion requests per week through speech as of June 2015.

These numbers bode well for Apple’s voice assistant, which should see some pretty major upgrades with Siri for Mac, a Siri API for developers and a Siri-powered Amazon Echo-like device all reportedly in tow for WWDC 2016.

Mobile voice assistant usage is on the rise

Considering no one was using these things before Apple rolled out Siri as part of the 2011 iPhone 4s unveiling, we’ve certainly come a long way since then.

Fast-forward to today and everyone has a digital assistant of their own. 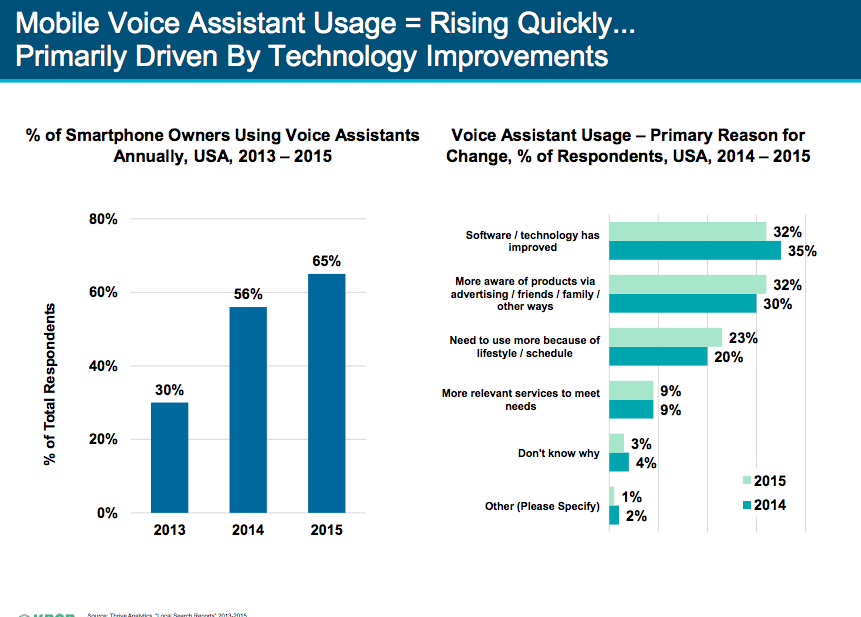 Microsoft has its Cortana, Google now has the new Google Assistant, Apple has had Siri for more than five years and so forth. In addition, third-party assistants, including SoundHound’s Hound and many more, are available.

People are liking their digital assistants

Much of the growth in mobile assistant usage stems from advances in that space, including improved technology, more accurate voice recognition, raised awareness of these products, their convenience in everyday life and so forth.

The industry is also excited for Viv, a new cross-platform assistant from the makers of Siri. Speaking of Siri, Apple’s rivals will be certainly keeping a close eye on Siri advances at WWDC, which kicks off with a keynote on Monday, June 13, 2016.

In September 2014, one in ten queries came through speech. 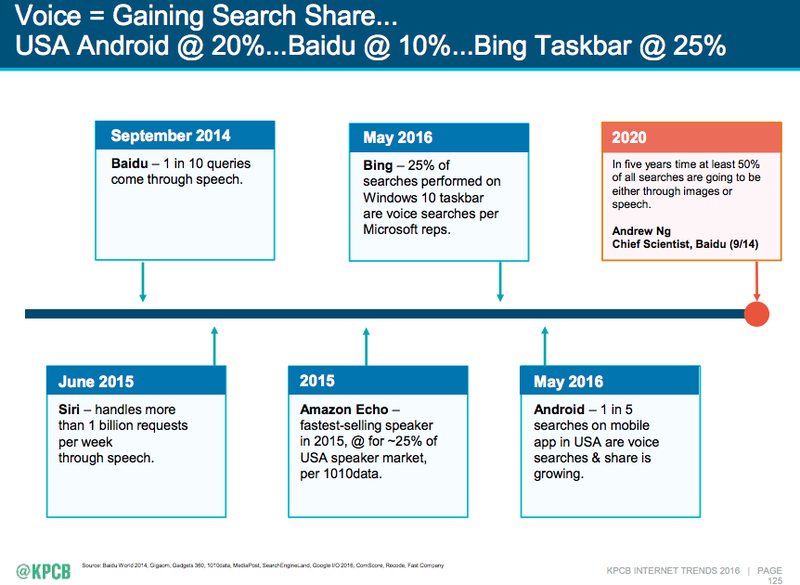 Meeker’s data also reveals that one in five searches on Android devices were voice-based searches in May 2016. The report also contributes growth in Amazon Echo sales to the growing popularity of voice interfaces.