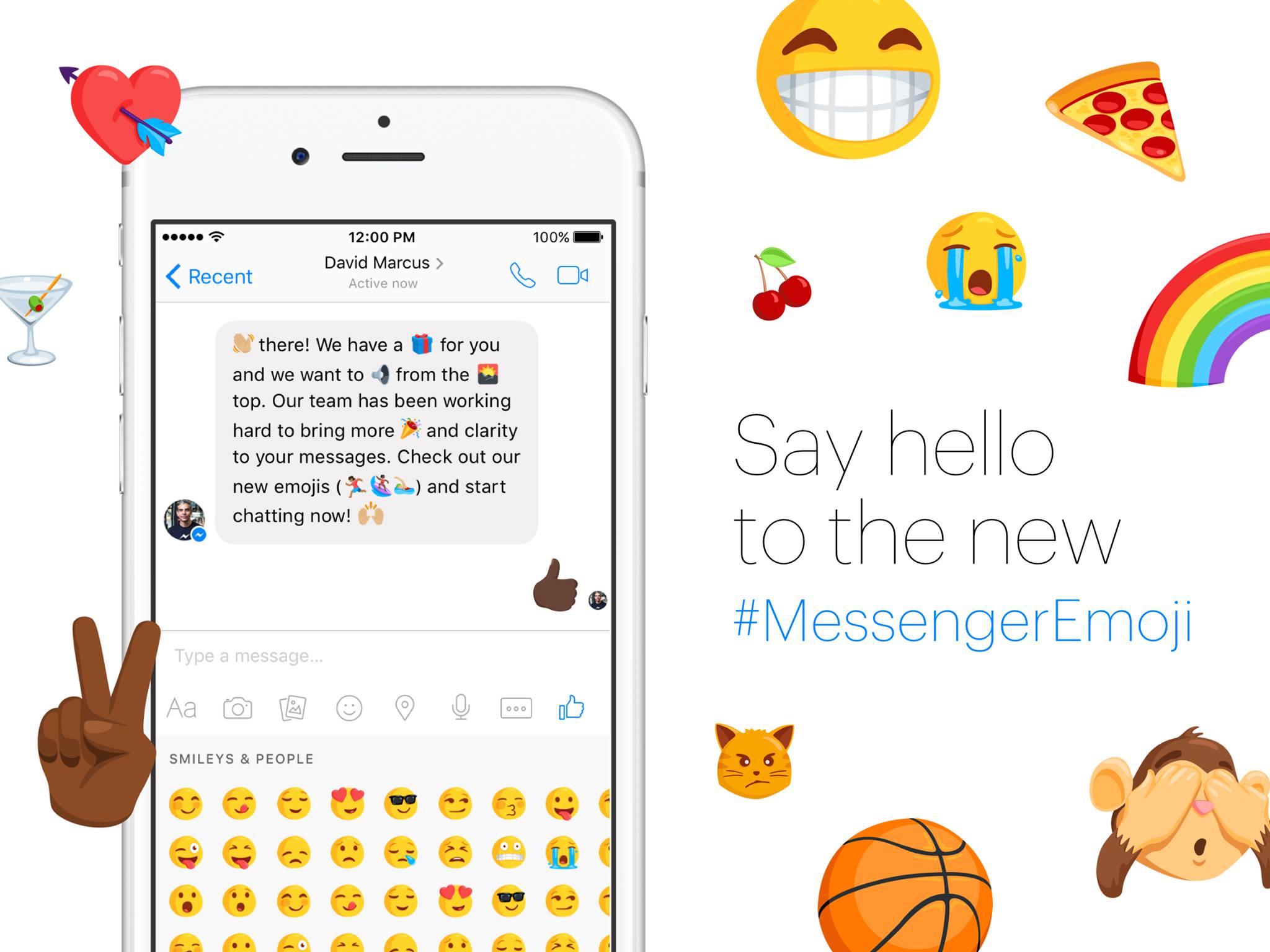 Underscoring that emojis have changed the way we talk to each other, “from skin tones that you can choose to lots of women in great roles”, the post reveals that nearly ten percent of mobile sends in Messenger include emojis.

“Not all platforms have kept up with emoji standards as they’ve evolved—which means sometimes the emoji you wanted to send wasn’t the one that showed up,” explains the company. “Nor are they living up to the gender and skin tone diversity that we see in our world everyday.”

The solution: one emoji standard for the Messenger world.

Addressing these emoji woes, Messenger is gaining new standardized emojis that look the same for all users, regardless if the recipient is on Android, iOS or another platform. 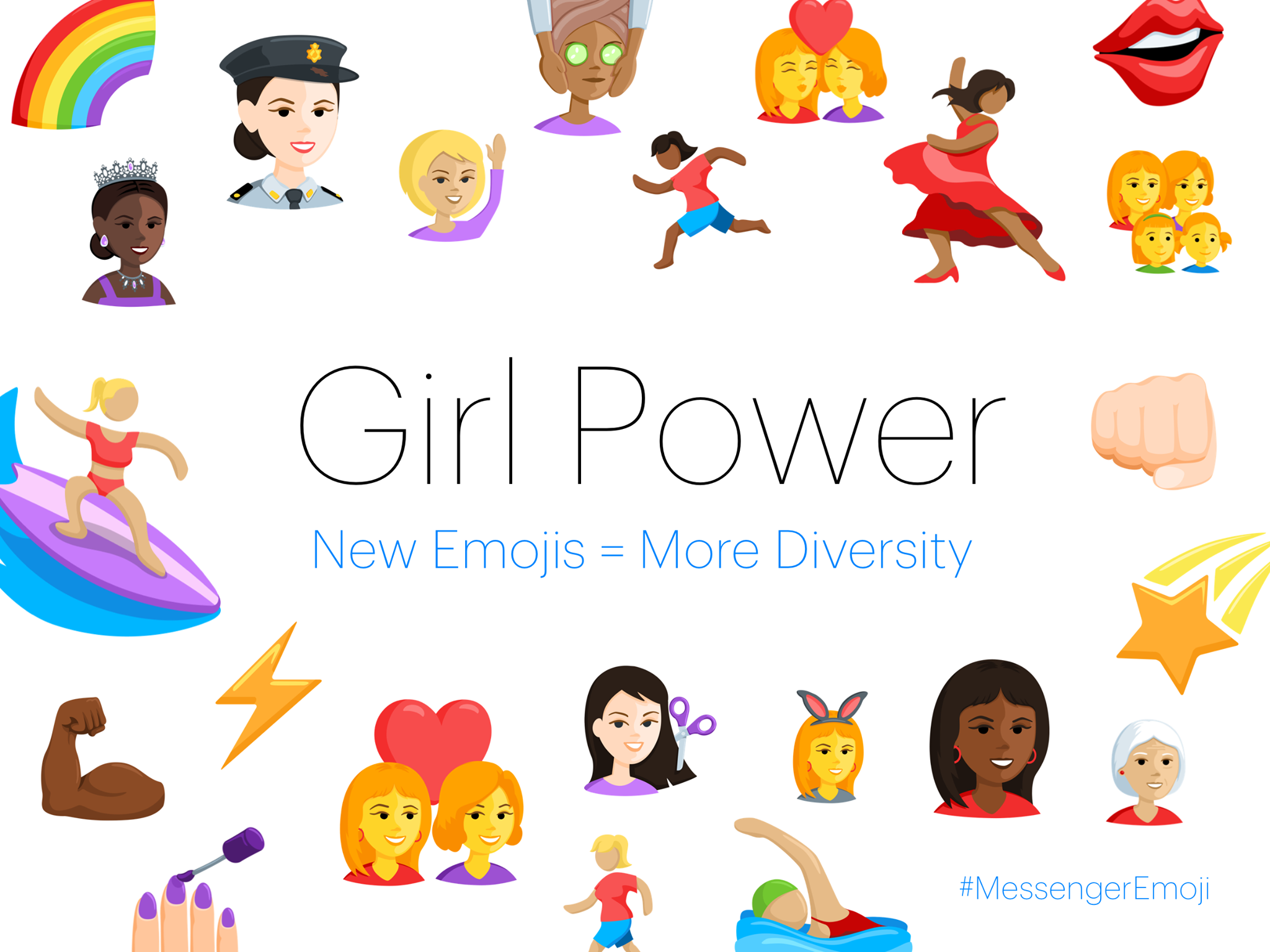 “Our characters are consistent every time you use them, no matter what platform the recipient is on,” so there’ll be no more broken-looking black boxes or emojis that just don’t make sense.

The more than 1,500 emojis in Messenger include gender-agnostic, multi-colored characters, much like Apple’s Emoji keyboard. Some of the diversified emoji available include a female police officer, runner, pedestrian, surfer and swimmer.

“In an effort to make the emojis you send a better representation of our world, you will also be able to pick the skin color you prefer,” writes Facebook.

After updating your copy of Messenger, you’ll be asked to set the default color for your emojis, so that any emojis used after that will follow your preference. 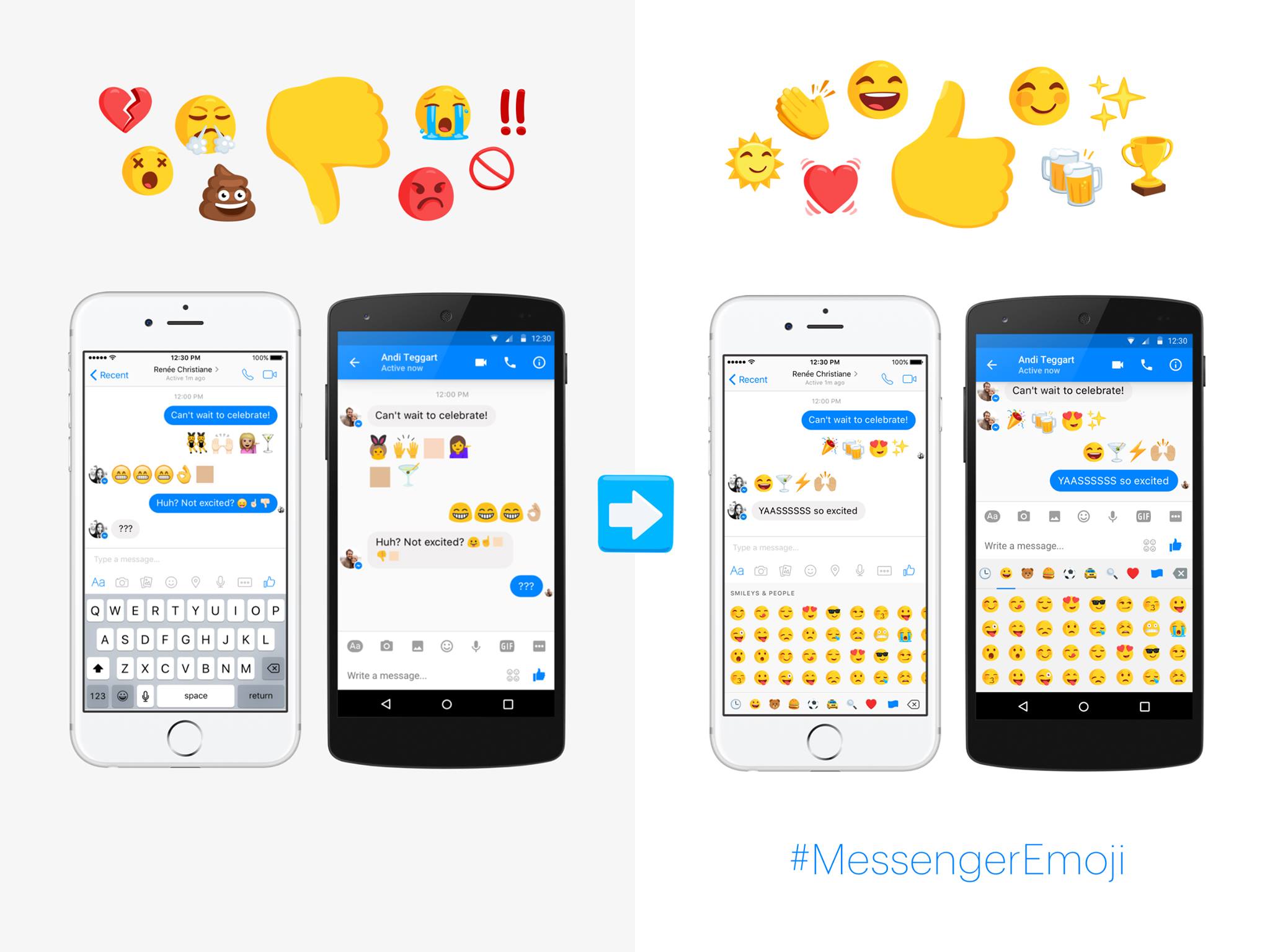 “Also, at launch, we have emojis representing red heads for the first time,” according to Facebook. Of course, you can also change your default emoji color in settings, or even make a one time decision.

The Messenger composer will now include an emoji picker: just tap the new emoji icon at the left of the composer to start using it. Press shots indicate that Messenger’s emoji interface looks a lot like Apple’s stock Emoji keyboard.

In the updated Messenger app, you can now more easily toggle in between the regular text keyboard and the emoji one.

Are new Messenger emojis live yet? 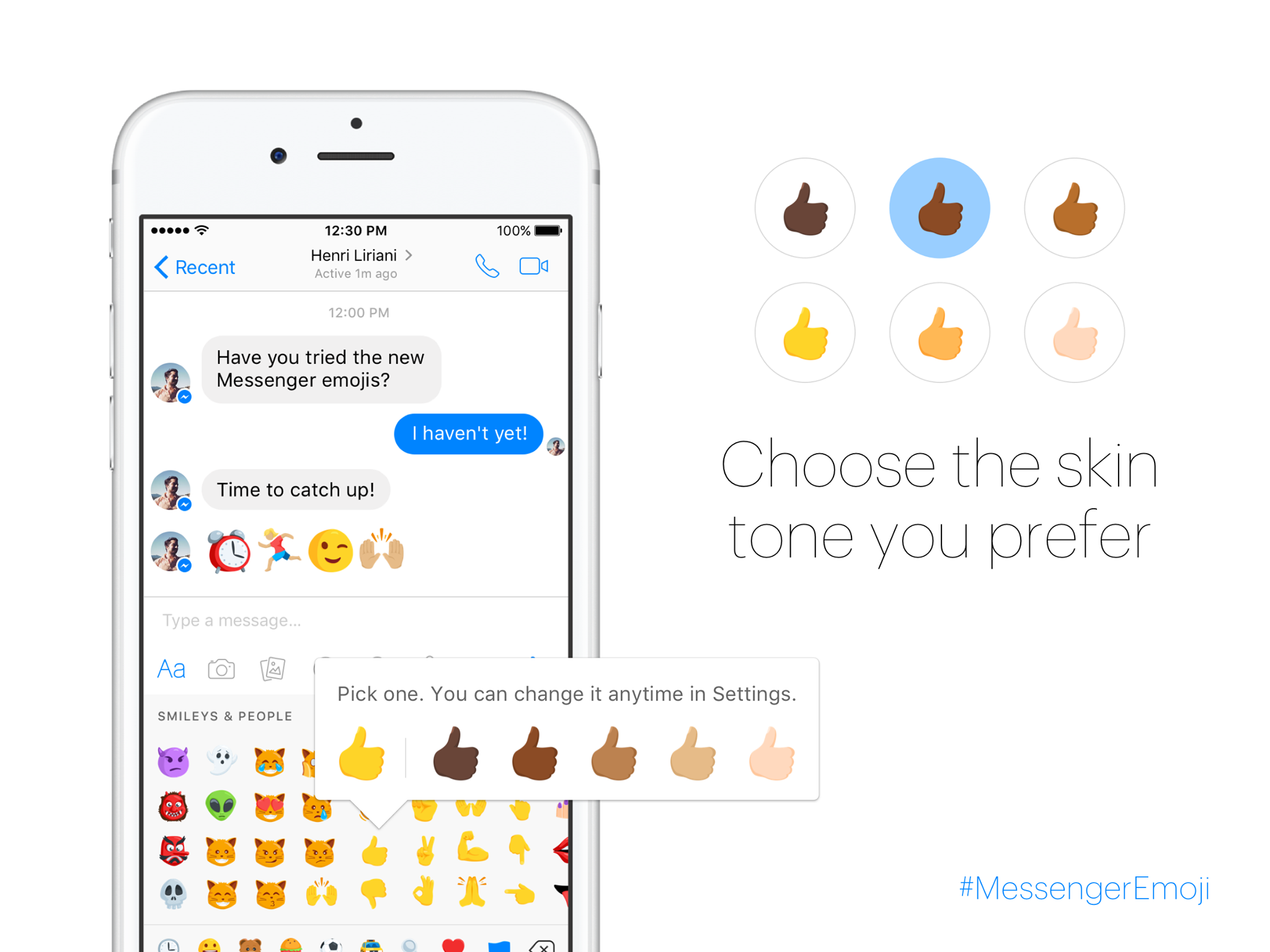 The biggest unanswered question concerning Messenger’s new emojis revolves around compatibility. These emojis don’t seem to be official Unicode 8.0 emojis. In fact, Unicode 9.0 should officially release in a few weeks so does that mean that Messenger users will be two versions behind once this happens?

For the sake of completeness, it should be noted that iOS 9.3 features full support for Unicode 7.0 and Unicode 8.0 emojis. Apple emojis are used on the iPhone, iPad, iPod touch, Mac, Apple Watch and Apple TV and are included as part of the Apple Color Emoji font.

The Unicode Consortium has approved 37 new emojis and five emoji modifiers as part of Unicode 8.0, which released on June 17, 2015.

Facebook Messenger is available free of charge on the App Store.