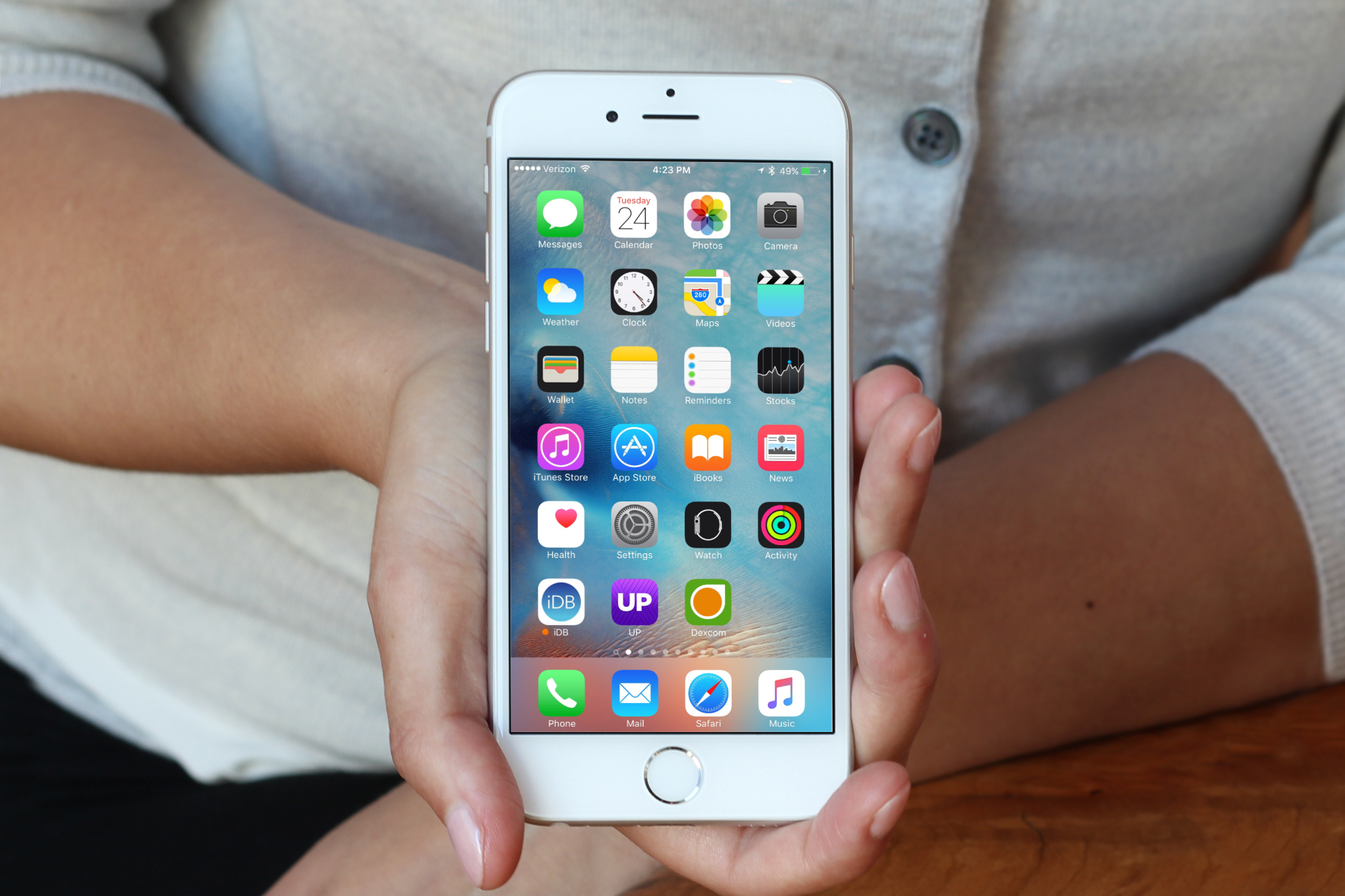 I’ll say this right out of the gate. I know my Home screen is boring. Seriously. If you notice, the screenshot of my Home screen looks nearly identical to an Apple marketing image. That’s because aside from 3 apps down on the last row, I keep my Home screen stock. I’m unsure if I can justify my reasoning to you, but I’m going to try.

I don’t have a concrete reason for keeping my phone stock. I can think of a few reasons I give out to people when they inevitably ask though. “I produce a lot of videos and I think using the stock layout looks nice” is something that gets thrown around a lot. Which is fair. If it was messy, people would be very vocal in the comments. As well as if those same people judged me on my personal app choices. Keeping things stock keeps the attention where I’d like it to be.

Truth is though, even if I didn’t shoot these videos on a daily basis, I would still keep my first Home screen as it it. There is just something cathartic about it. Just like Christian, I tried to keep all my screens organized. I had everything in its place. This just took too much work, and I spent far too much time maintaining this.

The amount of time that has gone into trying to organize my screen just makes me frustrated. I partially blame Apple for this, as dragging and dropping large amounts of icons is really tedious. This frustration is somewhat mitigated when I have that stock screen. I feel it is very organized, I always know where my apps are, and in a sense, it is out of my control. I don’t have to worry and decide what I want here as I cycle through different usage patterns of different apps.

On top of all that, I also use almost all these Apple stock apps. Not always because they are the best, but because Apple integrates them so closely into the OS and ecosystem they usually end up being the easiest to use. If I tell Siri to take a note, it goes to the stock app. Even though I use Evernote, Apple clearly gives its own apps an advantage. The only ones I don’t use on the regular are Stocks, Weather, and Reminders.

How I use my iPhone

A big part of how I have my phone laid out is how I use it. I am an avid user of Siri. I use it to get information, operate my home via HomeKit, and contact people. That allows me to avoid actually getting into my ESPN app to check the score of the Buckeyes, Browns, or Indians games.

If I do need to get into an app, I almost exclusively use Spotlight. I have too many apps, on too many different screens for me to keep everything as organized as I would like. Instead of poking around in different Home screens, then folders on those screens, then pages inside of those folders on those screens, Spotlight gets me there instantly. Plus, with Siri suggestions showing up under the search bar, 75% of the time they already know what app I am looking for. 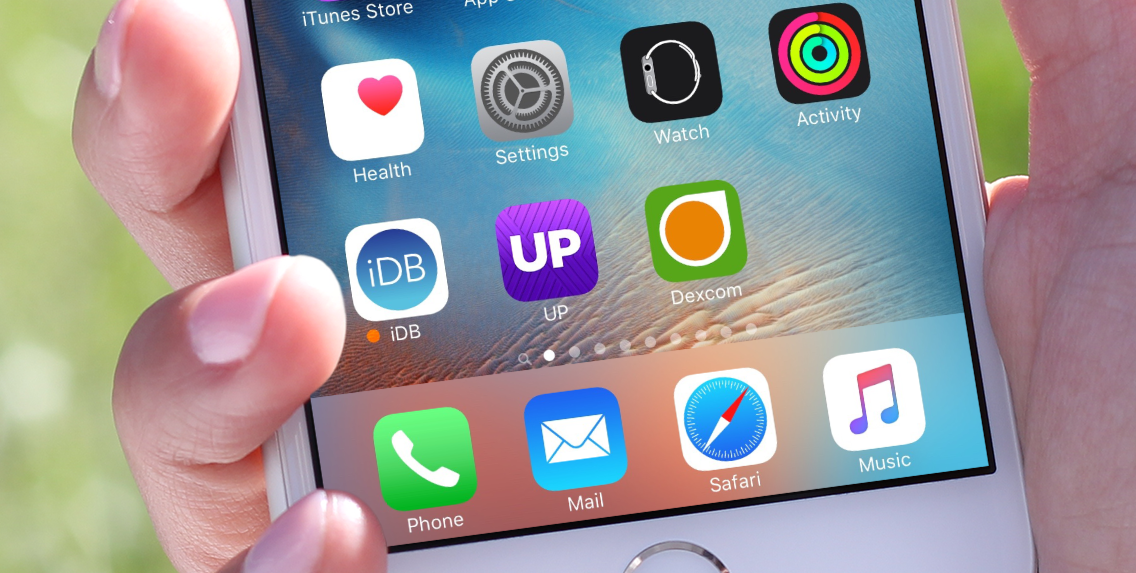 So what apps are different?

I do have 3 apps in particularly that hang out on the bottom row. The first app is, of course, the official iDB app. I use this to read articles, to share articles, as well as to feature front-and-center in any iDownloadBlog videos I produce.

The second application I keep here is Jawbone UP. Everyone has their own fitness tracker of choice, including the Apple Watch, but I am a great fan of Jawbone. as well as the UP app. You don’t even need an UP band to use it. You can use the Apple Watch, or built-in accelerometer. I have the app tied into MyFitnessPal, Automatic, IFTTT, Withings, Prep Pad, and UP Coffee (just for fun). It essentially acts as a hub for my fitness data, similar to the Health app but looks prettier. On top of that, most of my friends and family use UP, so it keeps me engaged with them. I would hide the app on a different screen and access via Spotlight like the others, but seeing the app reminds me about my goals and to keep checking in.

Lastly is the Dexcom app. I am a Type 1 diabetic, and for the unfamiliar, it is a genetic illness where your pancreas stops (or nearly stops) producing insulin. Type 1 is commonly known as Juvenile Diabetes, since it most usually surfaces first in children, is passed down from their parents, and regardless of lifestyle. To help manage my diabetes, I use the Dexcom G5, a constant glucose monitor, or CGM for short. The Dexcom application connects via Bluetooth Low Energy to a transmitter affixed to my abdomen that transmits the glucose levels in my blood to my phone. I check this application constantly throughout the day and as it is very vital to my wellbeing, I keep it right on my Home screen.

When it comes down to it, while the stock Home screen approach does afford me benefits when creating videos. I would still do this regardless. I follow a similar design schema on my iPads as well. I think it is clean and calming to not deal with frustrations in organizing the rest of my phone. Things like Siri and Spotlight make swiping around on 10 different Home screens unnecessary.

I’m all about simple, so for me, stock is the way to go. So what about you guys? Is anyone else out there a system defaults kinda user? Check out how Christian and Sebastien rock their Home screens, as well as share yours below.