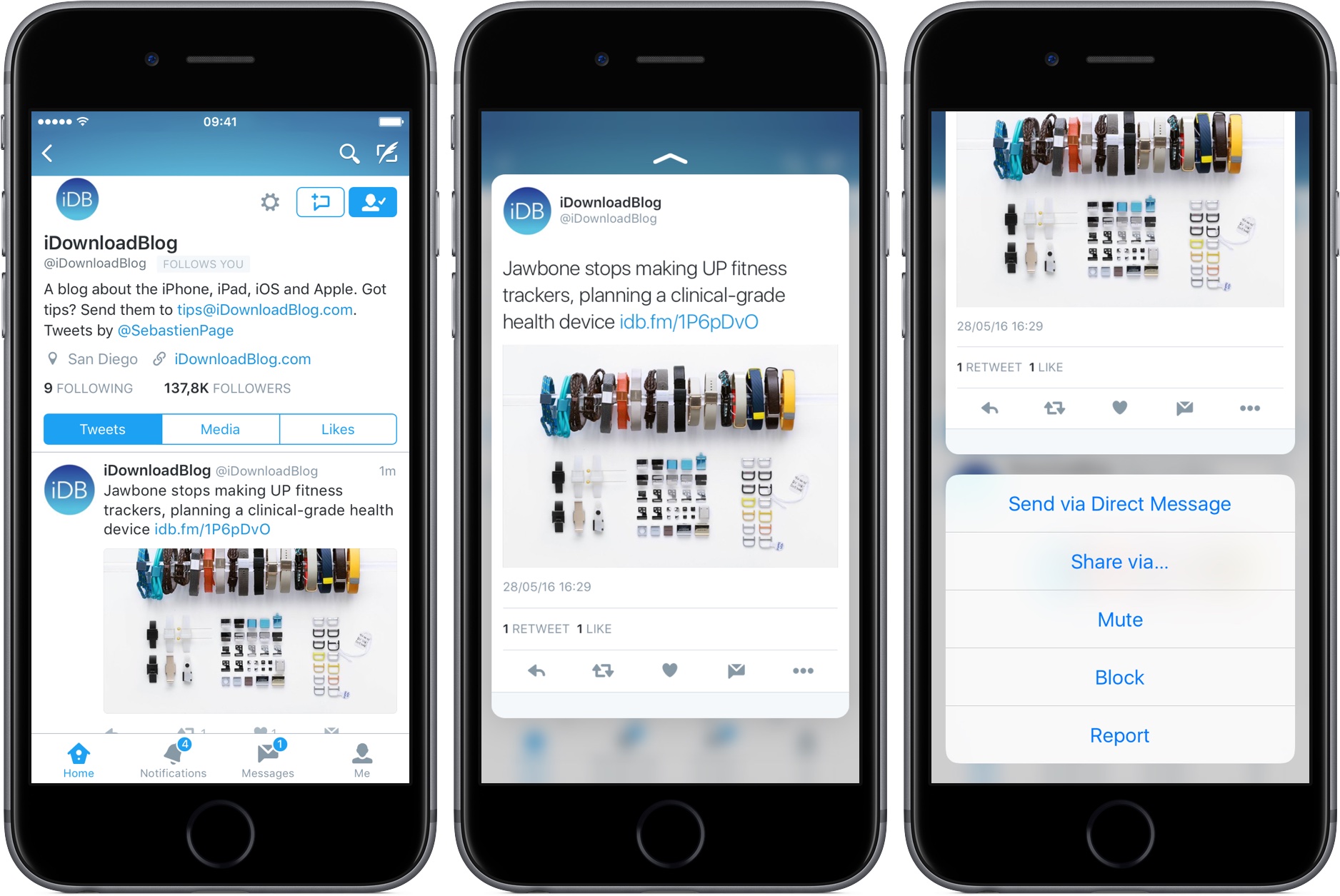 Although you couldn’t tell it by looking at official release notes for Twitter’s version 6.54 update, which make a passing mention of “a few minor updates that you didn’t even know you needed”, the app has finally gained additional 3D Touch goodies in the form of Peek and Pop previews within the app. Before today, Twitter for the iPhone and iPad only supported Quick Actions on the Home screen. Grab Twitter for iOS for free on the App Store.

Owners of the iPhone 6s and iPhone 6s Plus can now apply pressure to tweets and other items within the app to peek at content or pop it open in full screen mode or into an associated app.

A deeper press pops selected media into an associated app, like Safari or YouTube. While peeking at an item, you can swipe up to reveal hidden options. 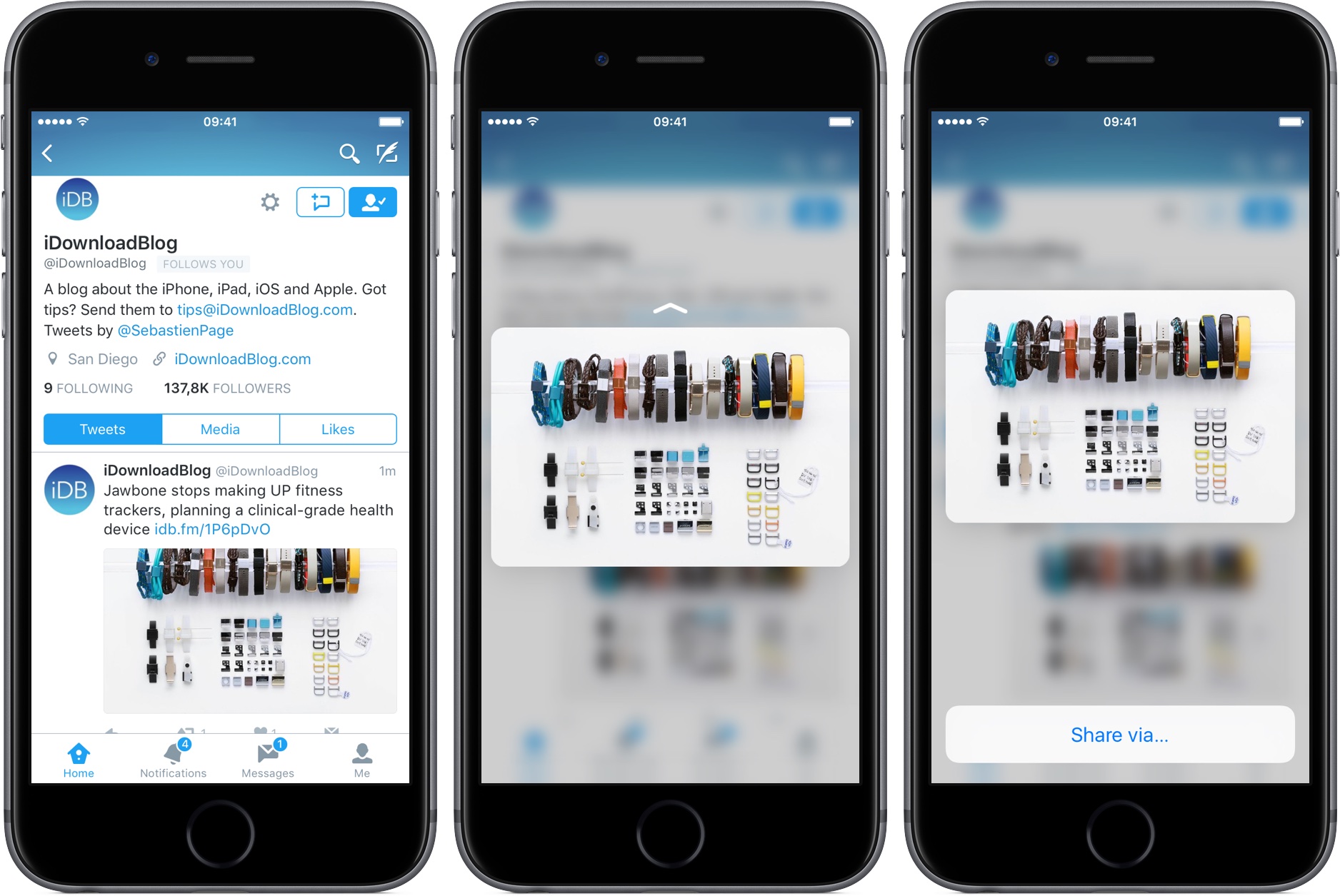 For media previews, the Share via option is revealed in Peek mode, which invokes iOS’s multi-purpose Share sheet where you can select an app to send the media to. 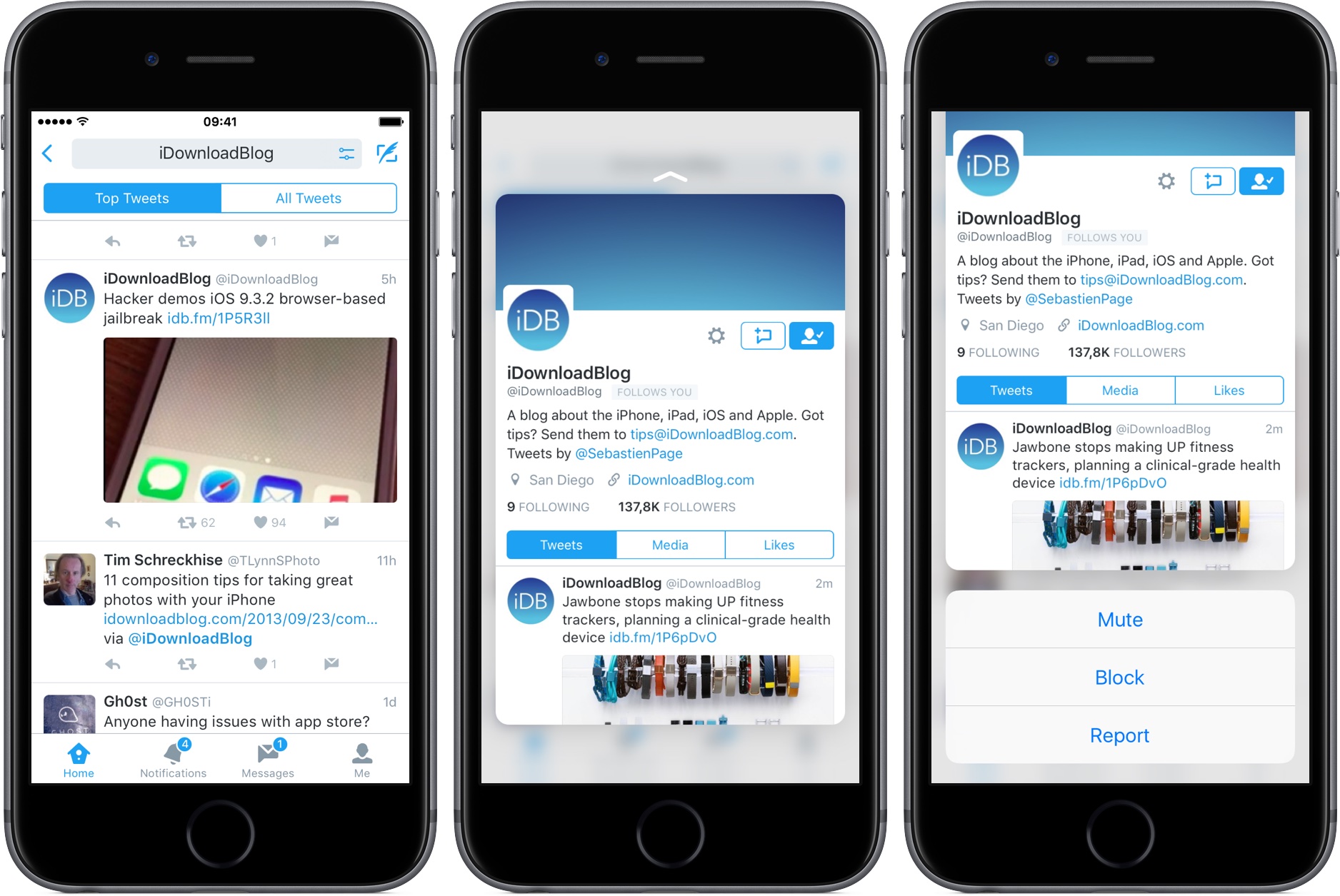