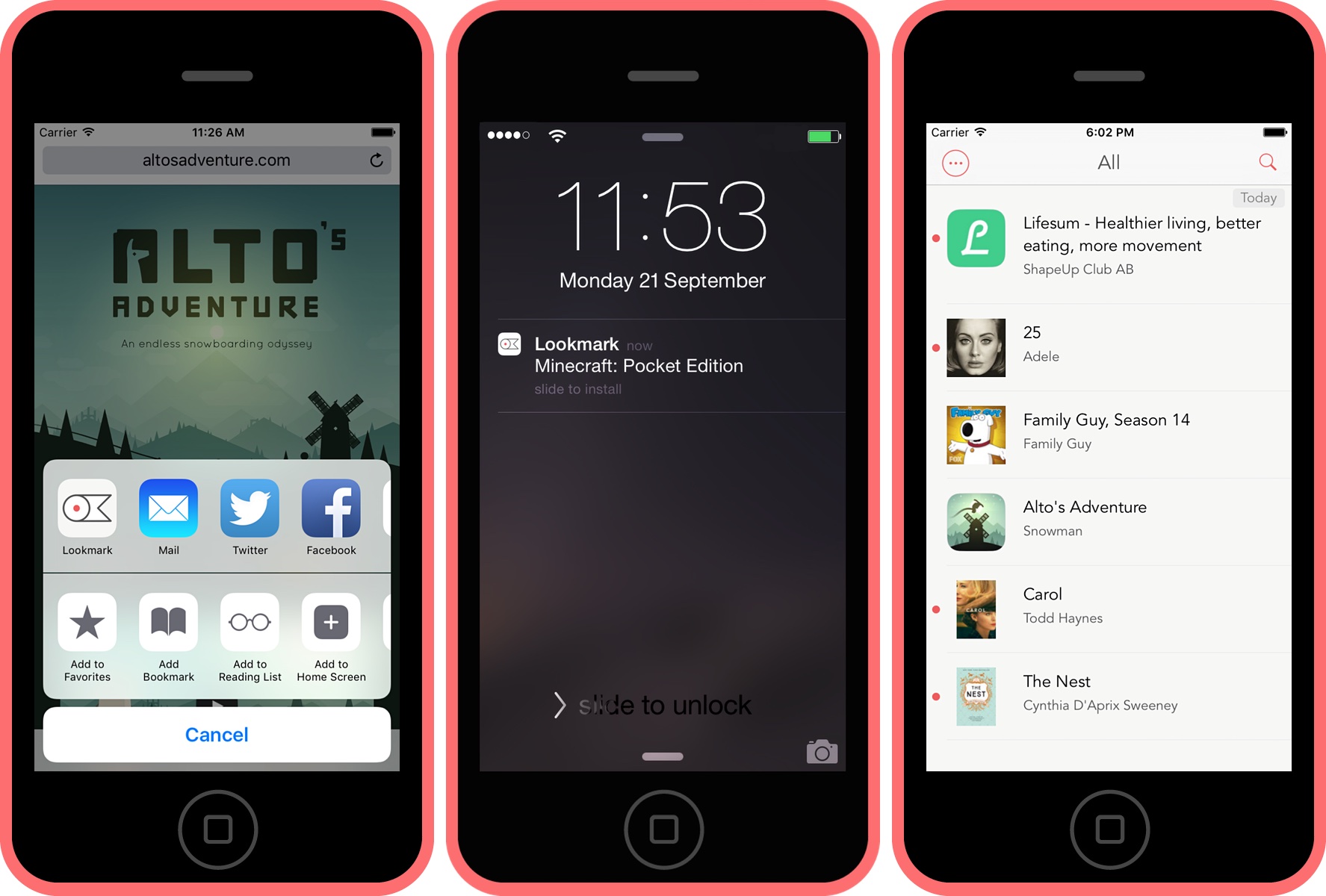 Lookmark for iPhone by developer Claes Jacobsson received a major update yesterday, prompting me to take another look at this interesting piece of software.

With Lookmark, you can bookmark apps and other iTunes content very easily from Safari, other apps and your desktop, and install/download them later when the time is right. Yesterday’s update added a Share sheet extension which can save apps mentioned on any webpage.

The premise of Lookmark is simple: save iTunes content like apps, movies, music, books and more. And piece of iTunes content can be bookmarked on your iPhone, iPod touch or iPad, including apps on the App Store as well as music, movies, television shows, podcasts, books and audiobooks on the iTunes Store.

With Lookmark’s extension, you can quickly save App Store apps from any app which supports iOS’s multi-purpose Share sheet, including all of Apple’s iTunes content apps: App Store, iTunes Store, Podcasts, Music and iBooks.

The Share sheet extension is very smart: after invoking it, it’ll scan what’s on a webpage and capture any mention of apps and iTunes media, allowing you to save them all in one go with a simple tap. 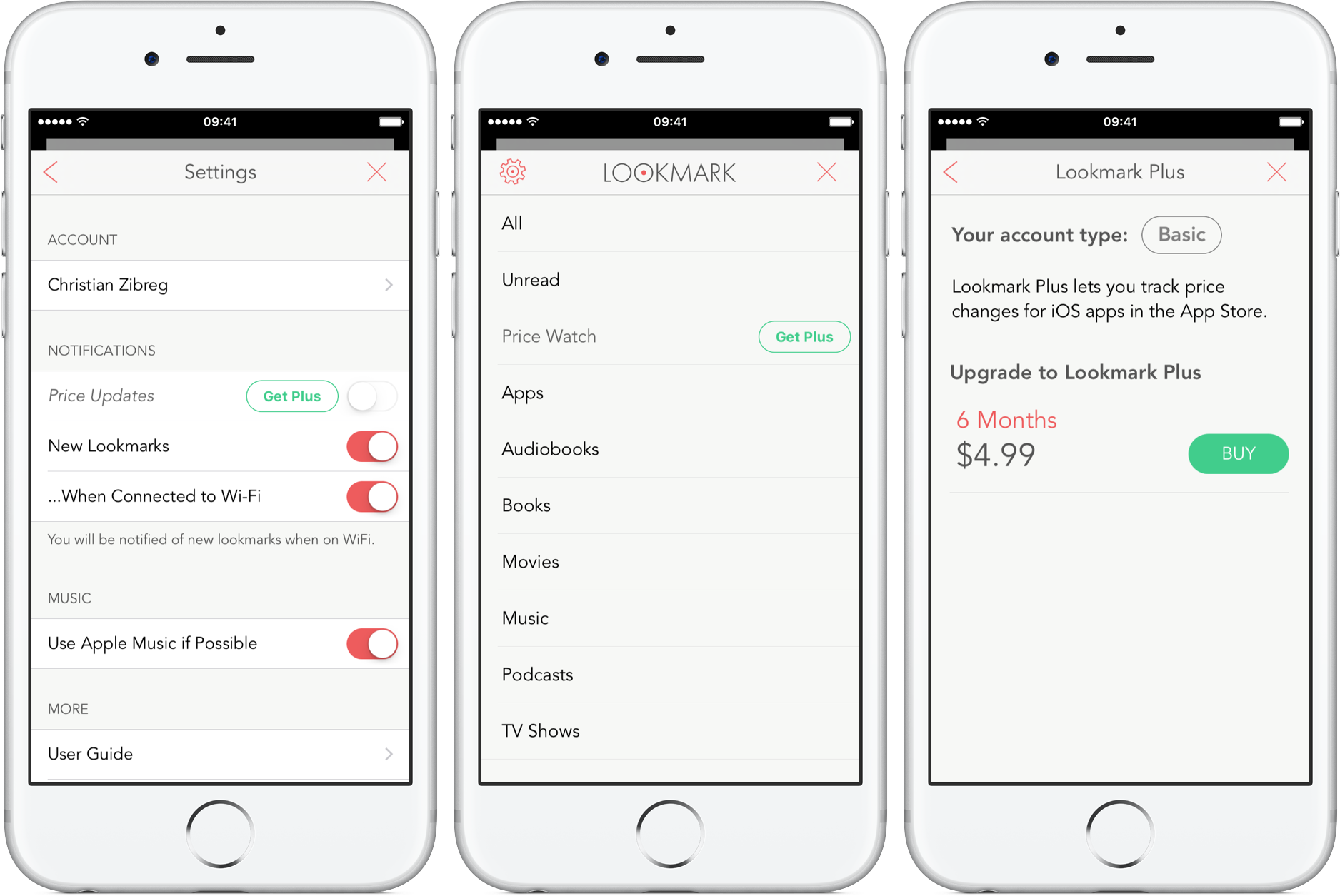 The app will even alert you via a push notification when Wi-Fi is available so that you don’t download apps over a cellular connection.

Lookmark Plus and desktop Safari extension

Lookmark is not confined to mobile devices. You can save apps and other iTunes content for later when browsing the web on your computer with Lookmark’s Safari for Mac extension. 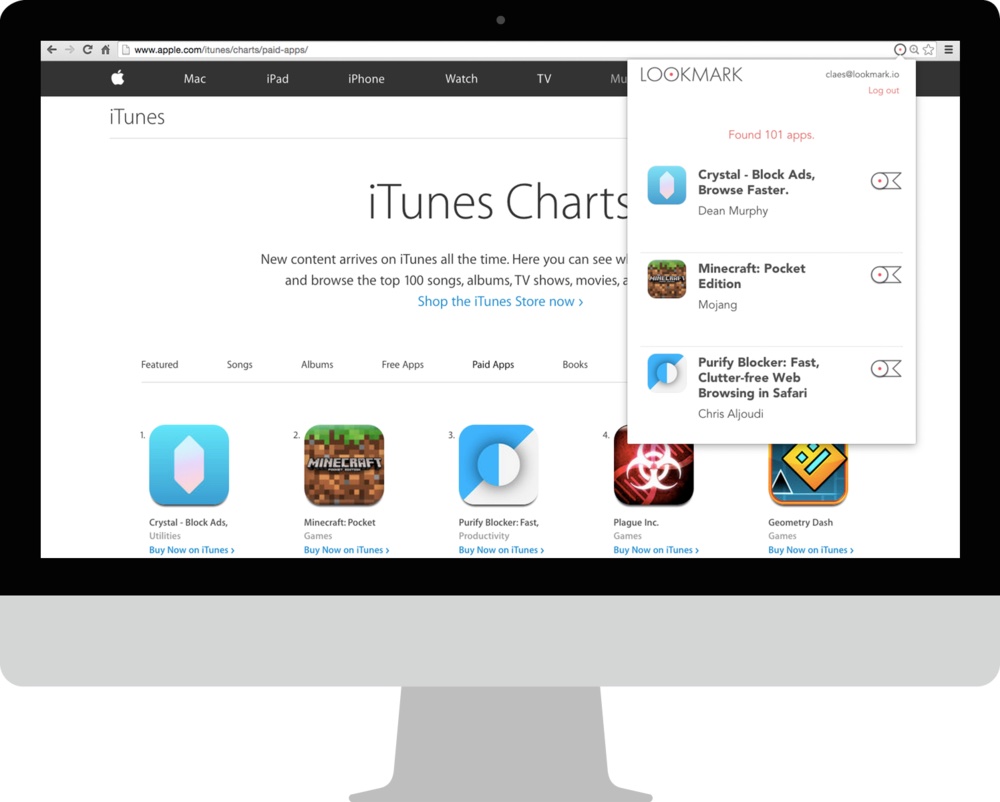 And content saved for later on your computer instantly appears in Lookmark on your iPhone.

This lets you use Google search to find apps on the web and install them easily to your iPhone without needing to manually send an iTunes URL to your iOS device via AirDrop.

If you subscribe to Lookmark Plus, you will be notified when prices of apps you have bookmarked change in the App Store, which is very useful if you’re a bargain hunter. 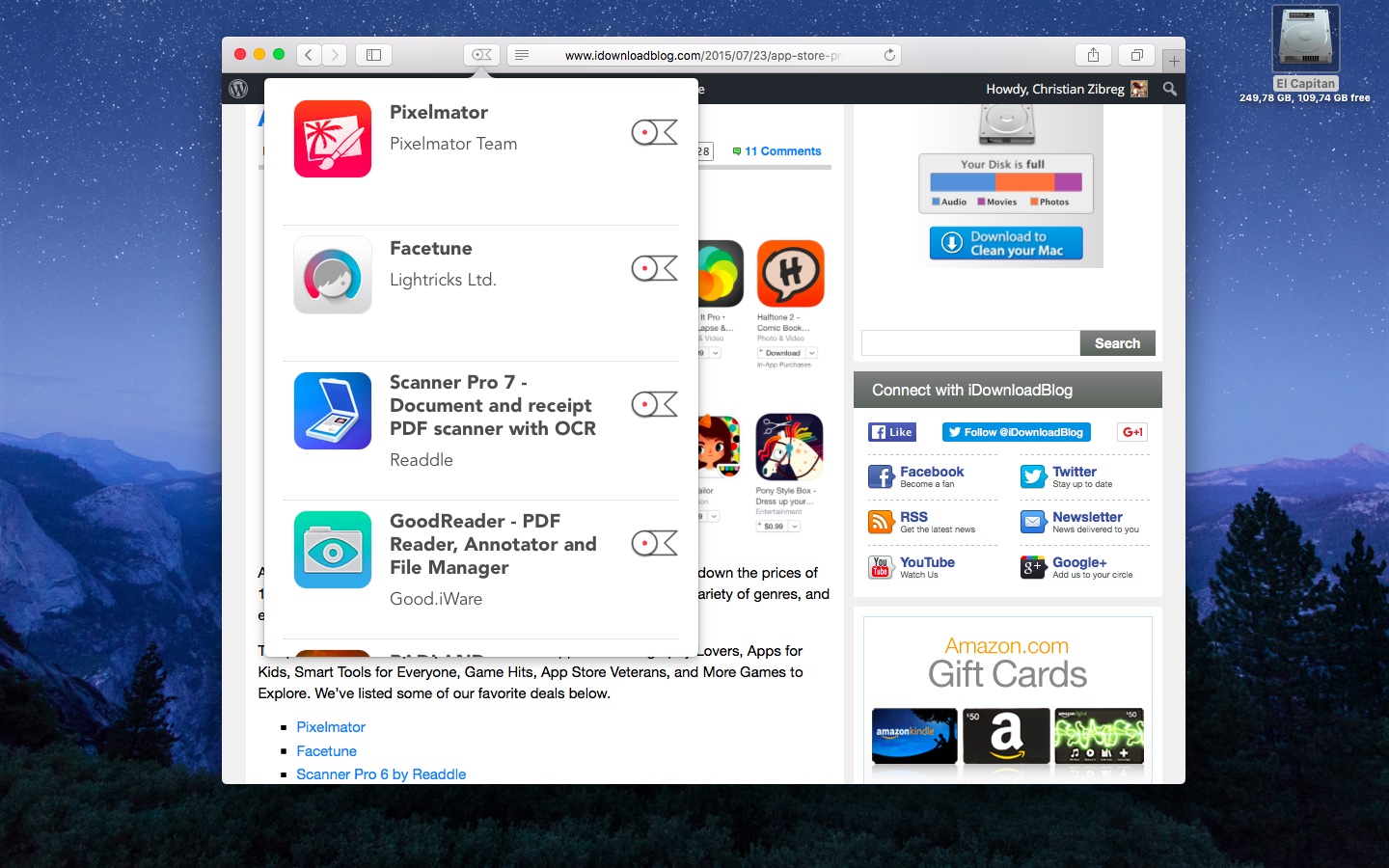 A six-month Lookmark Plus subscription is available as a $4.99 In-App Purchase.

You can download Lookmark at no charge on the App Store.