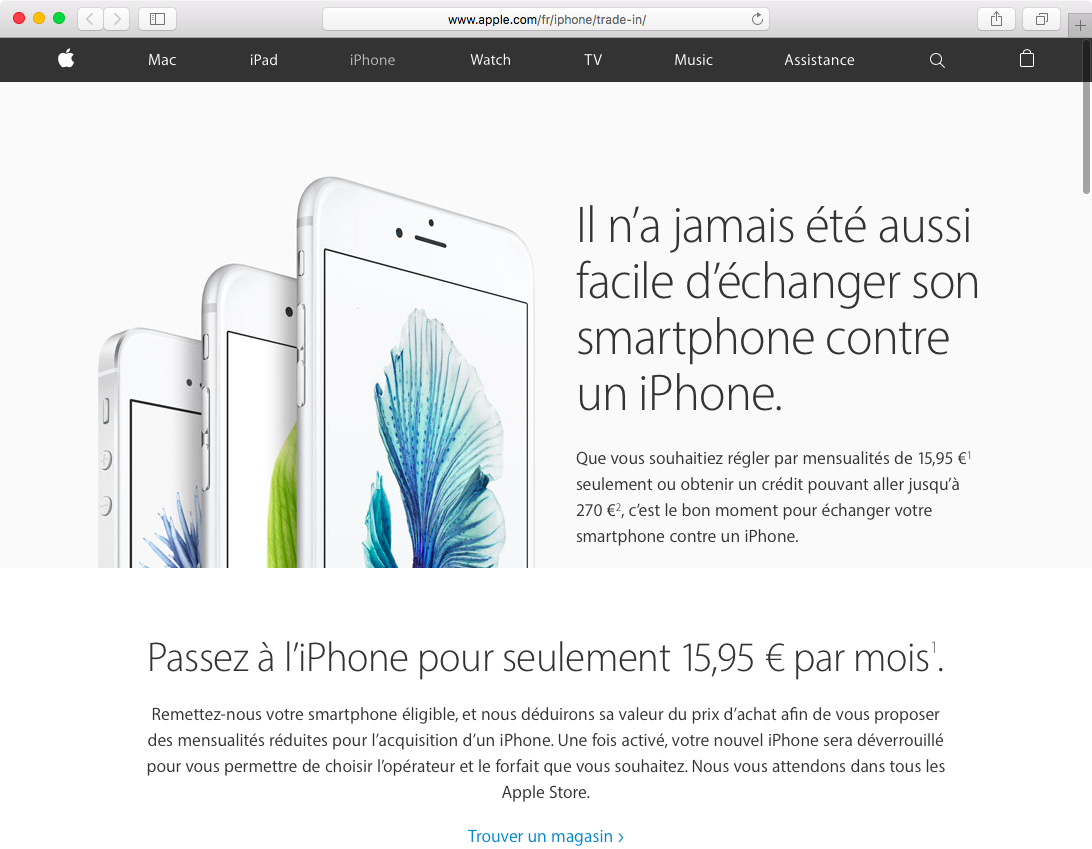 MacRumors is reporting that Apple’s trade-up program for the iPhone, dubbed “Trade Up with Installments”, has expanded to an additional three countries today: France, Italy and Spain.

Customers in these countries can now trade in a used iPhone, Android or Windows Phone smartphone and put the value of that device towards a new iPhone based on a 24-month payment plan.

The program is not available through the Apple Online Store and is scheduled to expire on August 31, 2016 in France, Italy and Spain.

“When a customer in Italy trades in a used 16GB iPhone 5s for a new 16GB iPhone SE, for example, an amount of €16.98 must be paid each month for the duration of the two-year installment plan,” explains MacRumors. “A total of €425.52 would be owed after interest rates are applied to the price.”

Exact prices vary depending on the combination. A credit check is performed. The device you trade in must be in good condition. Apple has partnered with third parties on this initiative, including Sofinco in France, Agos Ducato in Italy and Cetelem in Spain.