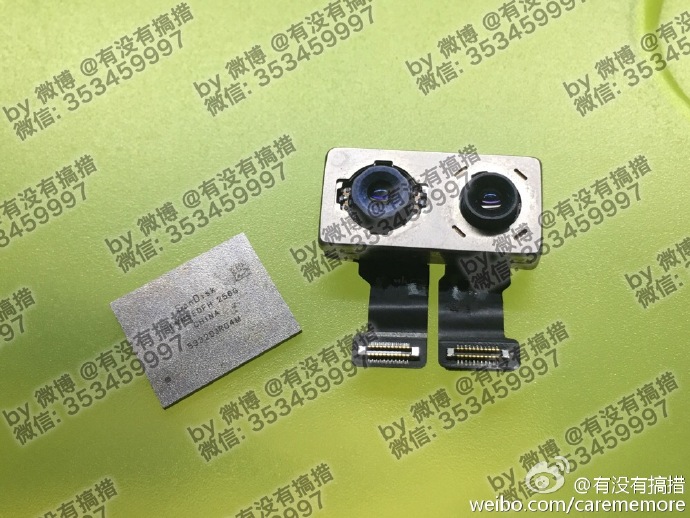 The photo appears to show an alleged dual-camera module said to be destined for the handset’s refresh, along with NAND flash chips which suggest that the iPhone 7 could include a new 256-gigabyte model.

The presence of both 16GB and 64GB memory modules on the photo might indicate that, disappointingly, the iPhone’s highly criticized low-storage 16GB model won’t be going away with the forthcoming hardware refresh.

Assuming it’s genuine, the image appears to corroborate a sketchy January rumor by Chinese-language Mydrivers saying a 5.5-inch iPhone 7 Plus model would include a new 256-gigabyte storage option with a larger 3,100 mAh battery.

The Mydrivers report was followed by news in March than US-based SanDisk Corporation, one of Apple’s NAND flash suppliers, successfully designed a new, visibly smaller 256GB NAND flash chip that could be used in iPhones.

This morning, Hemmerstoffer also published a set of images, obtained from an Italian case manufacturer, which purportedly show off an iPhone 7 chassis with a four-speaker setup like on the iPad Pro and a vertically aligned rear camera module and LED flash.