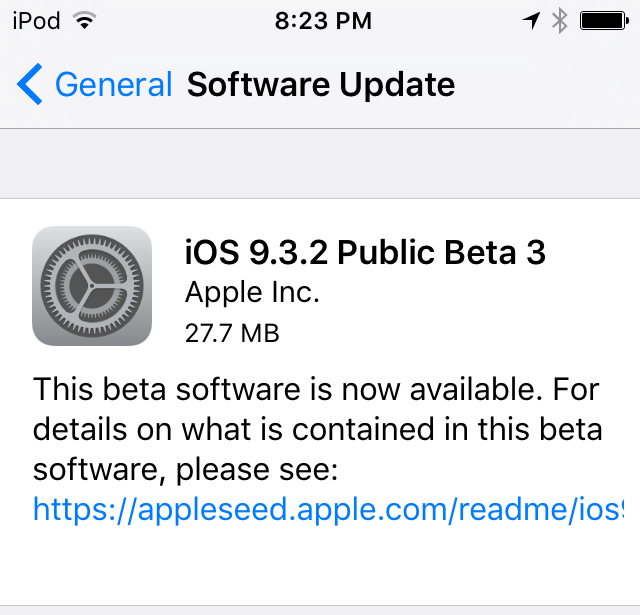 Just 24 hours after iOS 9.3.2 beta 3 released to Apple’s registered developers, the Cupertino company on Wednesday made the software available to public beta testers who are signed up for the Apple Beta Software Program. In addition, Apple posted new betas of tvOS 9.2.1 and OS X El Capitan 10.11.5 for members of its Apple Developer Program.

Additionally, the new El Capitan beta is available to public beta testers, too.

The new betas don’t seem to include any outward-facing user enhancements, but we’ll update the post with any changes as new information becomes available.