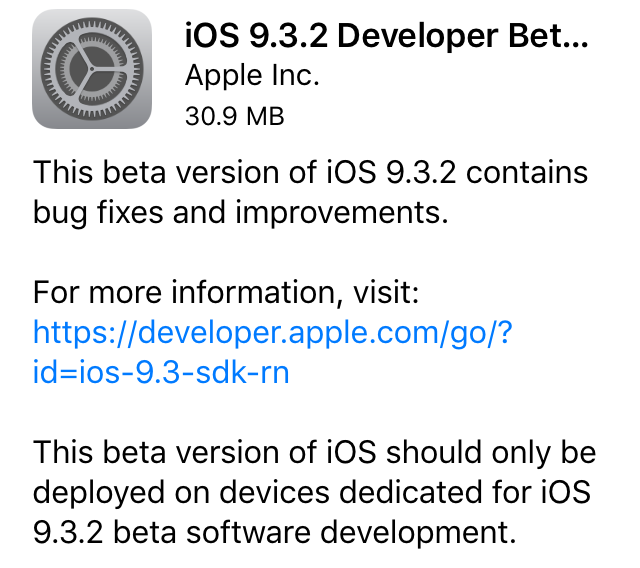 Apple on Tuesday seeded the third beta of iOS 9.3.2 to developers. The update is available to registered developers either via an over-the-air update, or as a standalone download through Apple’s online developer center.

Today’s release comes just one week after beta 2, suggesting 9.3.2 may soon be ready for launch. From what we’ve seen so far, the update will bring about various under-the-hood improvements, but few user-facing changes.

In fact, the only notable user-facing change we’ve seen thus far in the first two betas is the ability to use Low Power Mode and Night Shift mode simultaneously. We’re installing beta 3 now, and will let you know if that changes.

iOS 9.3.2 beta 3 comes more than a month after the feature-packed iOS 9.3 was released to the public, and just under two months before Apple is expected to introduce iOS 10 at its annual World Wide Developers Conference.