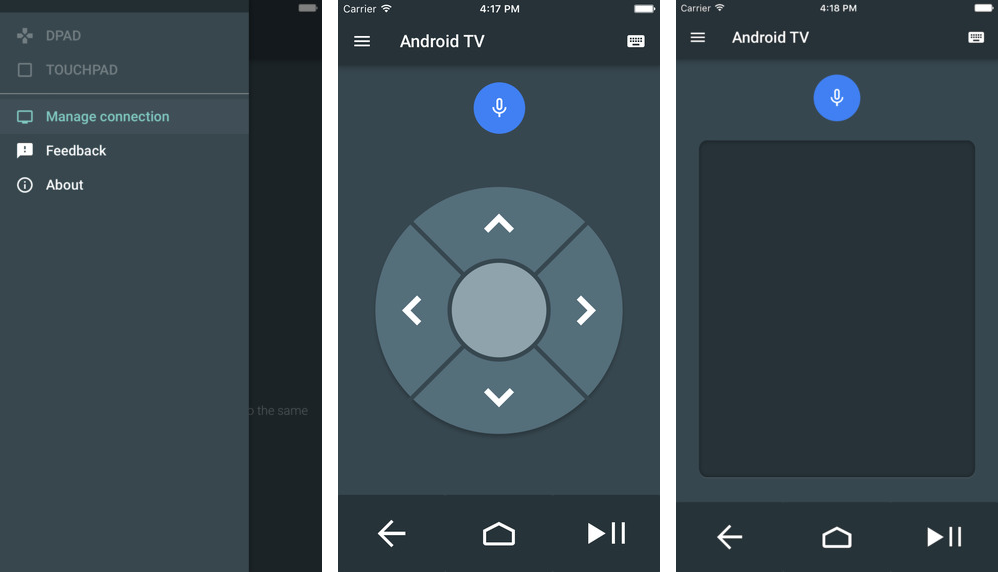 If you’re invested in Android TV and own a compatible TV set or set-top box, you’ll appreciate that you can now control your Android TV from the comfort of your couch with an iPhone, iPad or iPod touch, as Google was kind enough to release the official Android TV app on the App Store.

The free of charge app works with all Android TV devices and includes remote functionality much like Apple’s own Remote app lets you control Apple TVs with an iOS device.

Provided your Android TV device is connected to the same Wi-Fi network as your iOS device, you can use this app to control your Android TV via the built-in D-pad controls or gestures performed through the app’s virtual touchpad.

And like Remote from Apple, Google’s app speeds up typing on your Android TV by allowing you to enter text with a built-in keyboard. Moreover, you can search in Android TV apps by tapping the microphone icon in the iOS app to start using voice commands and even connect multiple remotes to Android TV for multiplayer gaming.

Android TV requires an iPhone, iPod touch or iPad with iOS 8.0 or later. You’ll of course need an Android TV device as well.

Grab Android TV for free on the App Store.