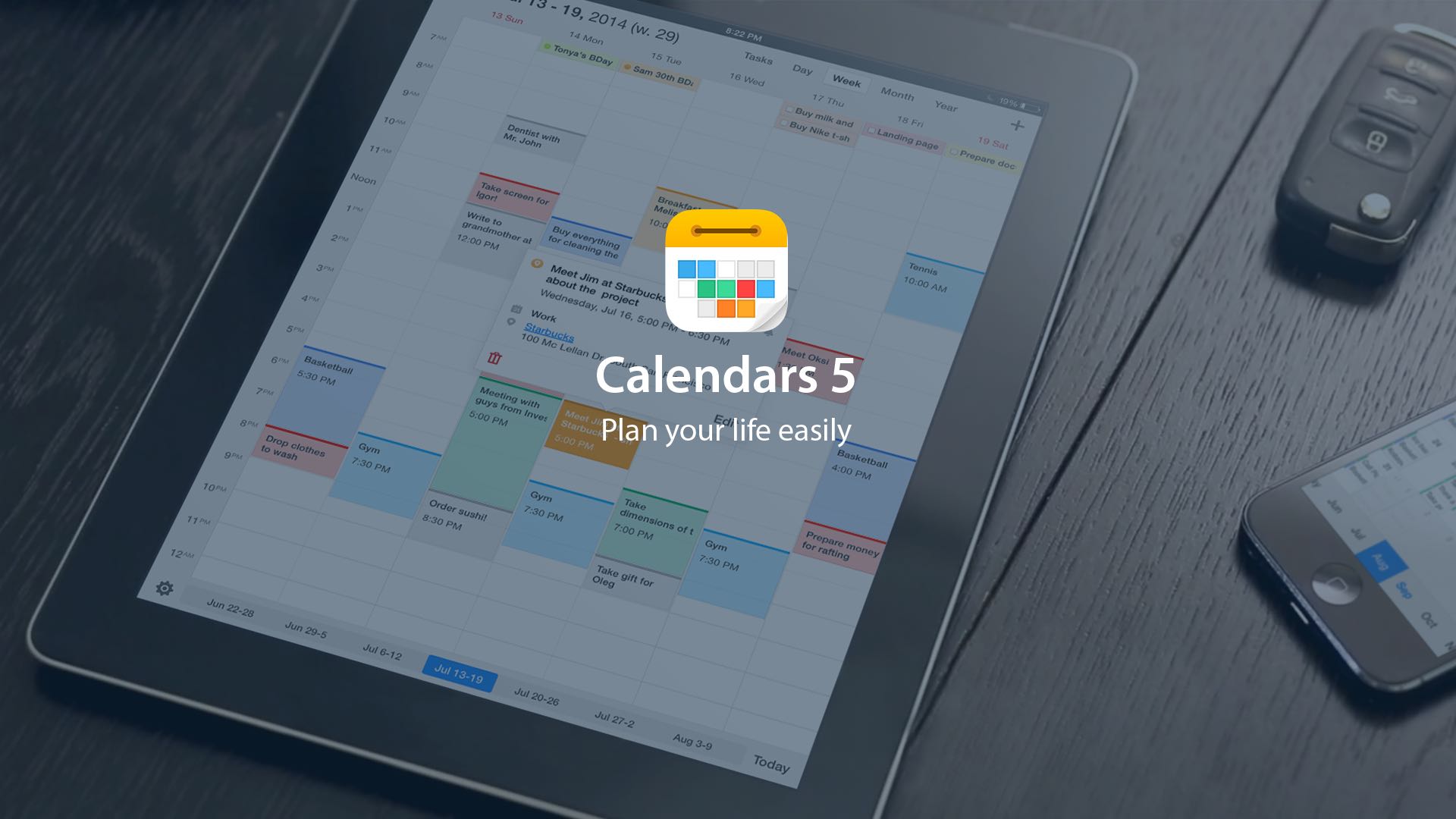 Calendars 5, one of the best iOS calendar applications out there with a built-in event and task manager and native Google Calendar sync, has been slashed to zero bucks as Apple’s new Free App of the Week. The $6.99 universal productivity app is now available at no charge on the App Store until next Thursday. This marks the first time Calendars 5 has gone free in years following Readdle’s two-day promotion back in May 2014.

This is arguably among the best calendar apps I’ve ever used on my iOS devices, standing right up there at the top next to Flexibits’ Fantastical. It features an elegant design that’s easy on your eyes, is optimized for gesture-based controls and works seamlessly with the stock Calendar and Reminders apps and your Google Calendar.

Much like Fantastical, Calendars 5 has a smart-type auto detection feature that makes adding a new event a breeze using natural language processing. For instance, you simply type or say “Meet Jim tomorrow at Starbucks at 4pm”. The app will parse this and create an event at given time, send the invite to a person and pick a place on a Google or Apple map.

To learn more about the app, read Lorry’s review of Calendars 5.

To explore your options, make sure to check out our list of best calendar apps for iPhone. Calendars 5 made its App Store debut back in November 2013 and user reviews on the store have given it a consistent rating of four and a half stars.

Calendars 5 requires an iPhone, iPod touch or iPad with iOS 8.0 or later.

Grab Calendars 5 for free on the App Store through next Thursday.