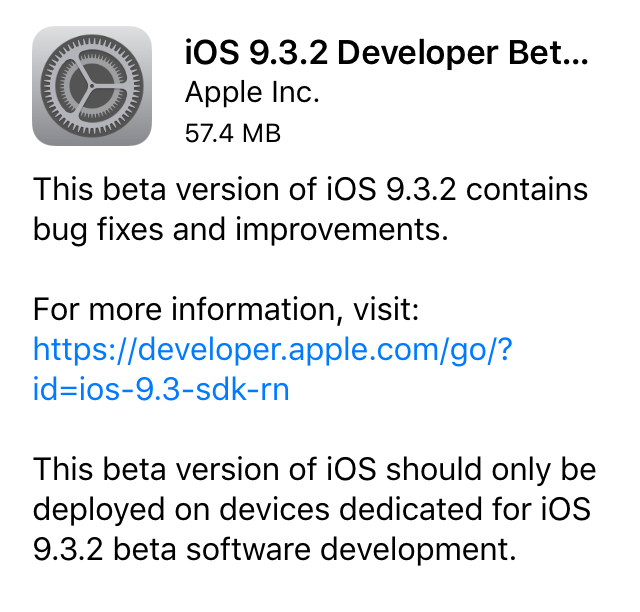 It doesn’t seem this new build has any new features aside from performance and bug fixes, including a fix for a longstanding Game Center bug. Apple continues to single out Dictionary, iBooks, Safari and Simulator as the focus areas.

According to reports on Twitter, in iOS 9.3.2 beta 2 it is possible to use Night Shift and Low Power Mode at the same time, which was supported on the initial release of iOS 9.3 before Apple removed this feature in the minor iOS 9.3.1 software update.

We’ll be updating this post with any new features and enhancements found in iOS 9.3.2 beta 2 as new information becomes available.