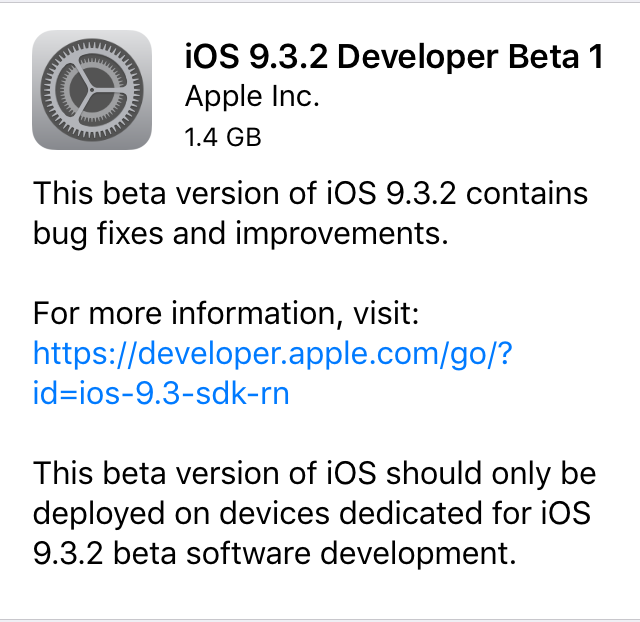 Apple on Wednesday seeded the first beta of iOS 9.3.2 to developers. The update is available to registered developers either via an over-the-air update, or as a standalone download through Apple’s online developer center.

Today’s beta comes a little more than two weeks after iOS 9.3 was released to the public. That firmware is a sizable one for a “.” update, bringing about several changes such as NightShift mode and Password protected notes.

iOS 9.3.2, however, is expected to be far more tame. As you can see in the screenshot above, Apple says this beta only includes “bug fixes and improvements.” We’re installing it now and will let you know if there is more to it.

Since the big iOS 9.3 release, Apple has been trying to quickly squash bugs and security issues. We saw multiple versions of 9.3 issued for older devices, and of course iOS 9.3.1 landed at the end of March to fix a web link glitch.