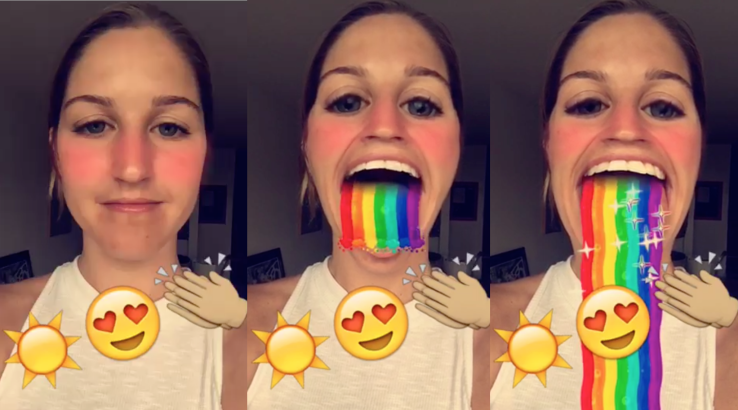 Now available in Snapchat for Android and coming soon to the company’s iPhone application, users can optionally attach a sticker to an object or a person in the frame and Snapchat’s algorithm will handle the rest and do all the heavy lifting for you, Engadget reports.

You could add colorful scribbles to your photos and videos before but these were static. By pairing stickers with specific parts of your recording, the Snapchat algorithm can make them move, rotate and change their size to follow the object it’s attached to as it moves around the frame.

“As way of example, this could mean having a bicycle shoot down the street alongside a car, or putting a guitar in your best friend’s hands,” explains Engadget.

Animated stickers coming to other messaging apps in 3… 2… 1…

Snapchat is available for free on the App Store.

The image at the top of this post depicts the Lenses feature in Snapchat.