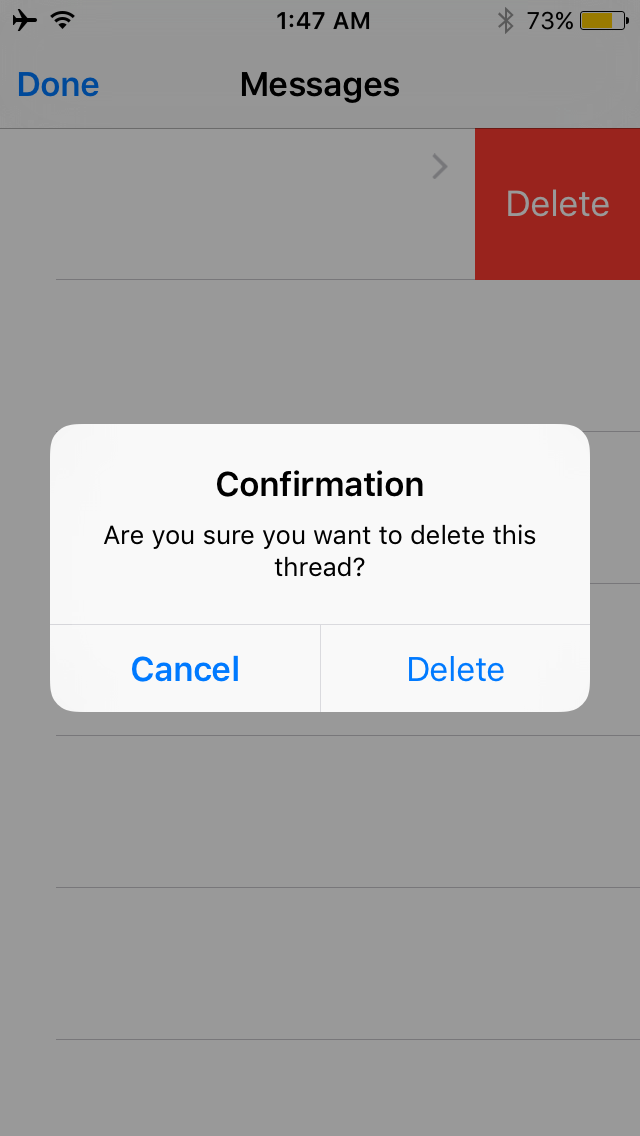 A problem that has happened to me more than once is I’ve accidentally deleted a really important SMS or iMessage conversation in my Messages app, and had no way to get that stuff back again.

A new free jailbreak tweak called MessagesDeleteConfirmer has just hit the Cydia store and ensures you won’t be deleting conversations by accident in your Messages app any time soon.

In this review, we’ll show you how it works and explain why it can be a life-saver.

The heart-sinking feeling of deleting an important convo

I’ve felt it more than once – my heart skips a beat because I accidentally deleted important conversations from my Messages app that were either from my girlfriend or my employer, and I had nothing to look back on.

I thought I was deleting someone else’s conversation thread, but I wasn’t paying close enough attention and swiped on the wrong one when the red Delete button appeared.

Unfortunately, unless you have multiple iOS devices, a Mac, or an Apple Watch, those messages are gone for good, unless you had them backed up in a backup, whether it was through iTunes or iCloud.

MessagesDeleteConfirmer is somewhat of a life-saver in this respect. It gives you a second chance to look over what you’re doing before moving forward with deleting a whole conversation thread in your Messages app.

If you’ve realized it’s the wrong conversation thread you’re trying to delete, and you caught it early enough, you can tap on the blue Cancel button and the conversation will remain in the Messages app’s conversation list without being deleted as it would have been without this tweak installed.

There are no options to configure, and when you install the tweak, it’ll take effect immediately. You may want to kill the Messages app and restart it just for good measure.

I think my opinion on MessagesDeleteConfirmer is clear. As I’ve made clear already, I have been clumsy in the past and accidentally deleted important messages that I wish I’d never deleted. With that being said, this two-step process helps clumsy old me from accidentally doing just that.

The confirmation message isn’t too pesky, because obviously, unless you have something to hide, you’re not going to be deleting conversations from the conversation list too often. On the other hand, when you do, it’s nice to have a confirmation before it gets deleted just so you’re sure you’re doing it right.

It’s free in Cydia, so if you think this is something that might help you from being clumsy like me, I think it’s worth grabbing.

It’s never fun when you accidentally delete an important message and can’t recover the contents. Fortunately, MessagesDeleteConfirmer can help stop you from accidentally deleting them with a two-step verification process.

MessagesDeleteConfirmer can be installed on jailbroken devices for free from Cydia’s BigBoss repository.

What are your thoughts on this concept? Would you use it? Share in the comments!