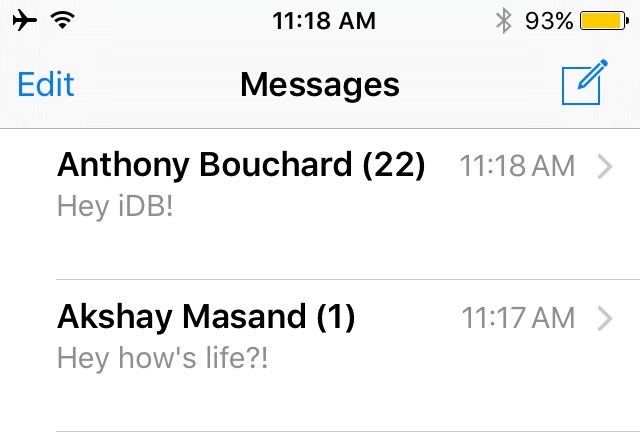 Chances are a lot of you use your Messages app on your iPhone, iPod touch, or iPad to keep in touch with others via iMessage or SMS.

If curiosity has ever struck you as to how many messages have been sent back and forth in each conversation you have sitting in your message list, then you might find interest in a new free jailbreak tweak called CKCounter.

Keeping count of your messages

CKCounter is a simple jailbreak tweak that lets you keep track of how many messages were sent back and forth in each conversation. The tweak is compatible with iMessage conversations, as well as SMS conversations, and it counts both outgoing and incoming messages in the totals it displays.

As shown above, the total number of messages in a conversation is displayed to the right of the name of the person you are messaging.

A degree of customizability

CKCounter displays the number in black by default, but the tweak is customizable. You’ll find a preferences pane in the Settings app dedicated to the tweak, in which you can pick a new color for the counter number that will be displayed by individuals’ names. 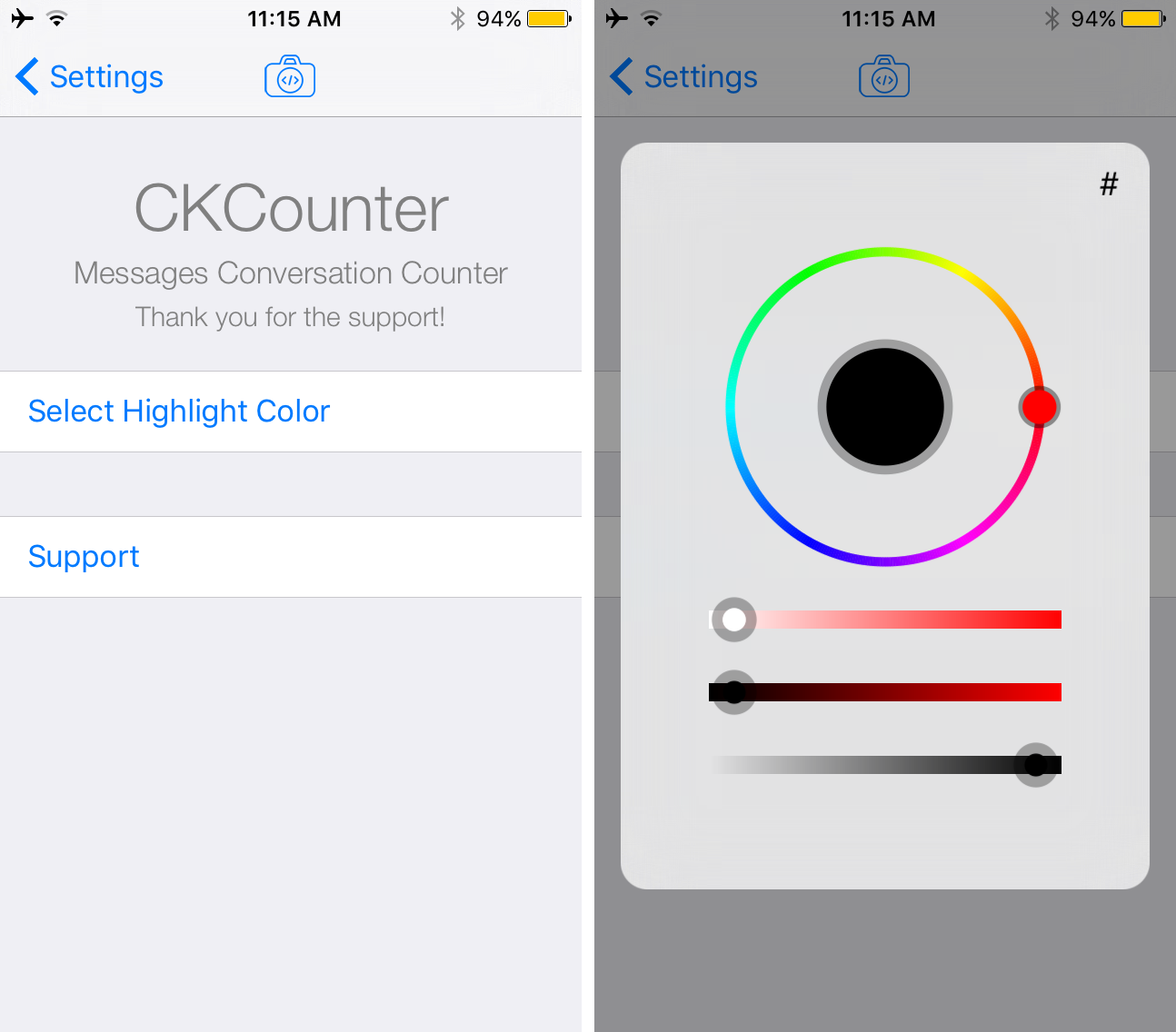 Because the tweak uses a color picker, rather than a pre-defined list of colors to choose from, you get an infinite number of colors to pick from without limitations, which is sort of nice from a customization perspective. No respring is required after you change the color of your counters; the effects will take place immediately.

Here’s an example of red-colored counters instead of black: 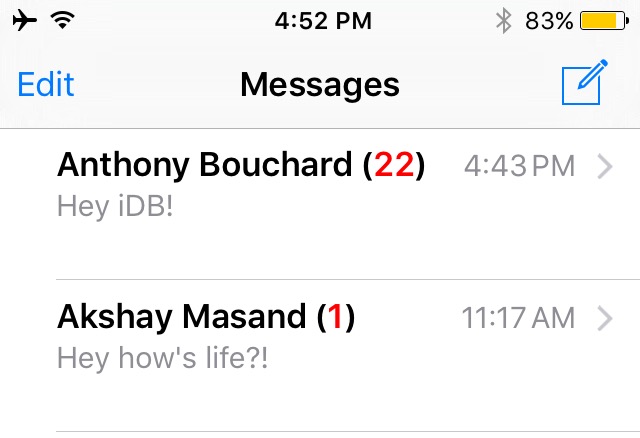 CKCounter is an interesting tweak, but it offers a niche feature for a select few individuals who are going to want it. It is definitely very cool to be able to see what conversations of your are the most active by being able to see how many messages are sent back and forth in each conversation, but at the same time, not everyone is going to need to see these stats.

Putting myself in the shoes of the people who like seeing this kind of information at their fingertips, it’s definitely well-made and includes good user customization. I like that the counter is placed just to the right of the name of the person the conversation is with, as this makes it nice and easy to distinguish who each number pertains to.

Another benefit is the tweak is a free download; it’s something you can meander into Cydia to find, and try out without any strings attached. If you end up not liking it, you can always remove the tweak and move on with your day without having lost out on even a cent.

If I could offer any constructive criticism about the tweak, it would be that I’d like an option to let users filter these counters such that they only display a count for sent messages or for received messages, in addition to displaying a count for both as it does by default.

If you want to give the CKCounter jailbreak tweak a try, you can download it for free right now from Cydia’s BigBoss repository. Fortunately, the jailbreak tweak is compatible with both iOS 8 and iOS 9 devices, so no real bottlenecks exist for compatibility.

Do have any desire to keep count of the messages in your conversations? If so, share why below!