If you’ve ever wanted to send a message as an SMS instead of an iMessage, or vice-versa, you’re in luck, because SwitchService is a jailbreak tweak now available in Cydia’s BigBoss repository free of cost that will let you do just that.

SwitchService essentially lets you choose whether a message you’re sending to someone via the Messages app is sent as an iMessage or SMS; a popular feature of the now-laid-t0-rest biteSMS tweak. The tweak was originally hosted in a private repo and Jeff covered a pre-release version already, but today’s version is the first to be publicly released in one of Cydia’s default repositories and it even has some new features.

The tweak is used by tapping and holding on the “Send” button after you’ve typed a message in the text field. You’ll see a small pulse animation colored in either blue or green to indicate what mode you’re in after using the gesture. To see this animation, you can refer to the animated GIF below:

SwitchService adds a preferences pane to the Settings app where you can configure a few options to make the tweak work how you want it to. 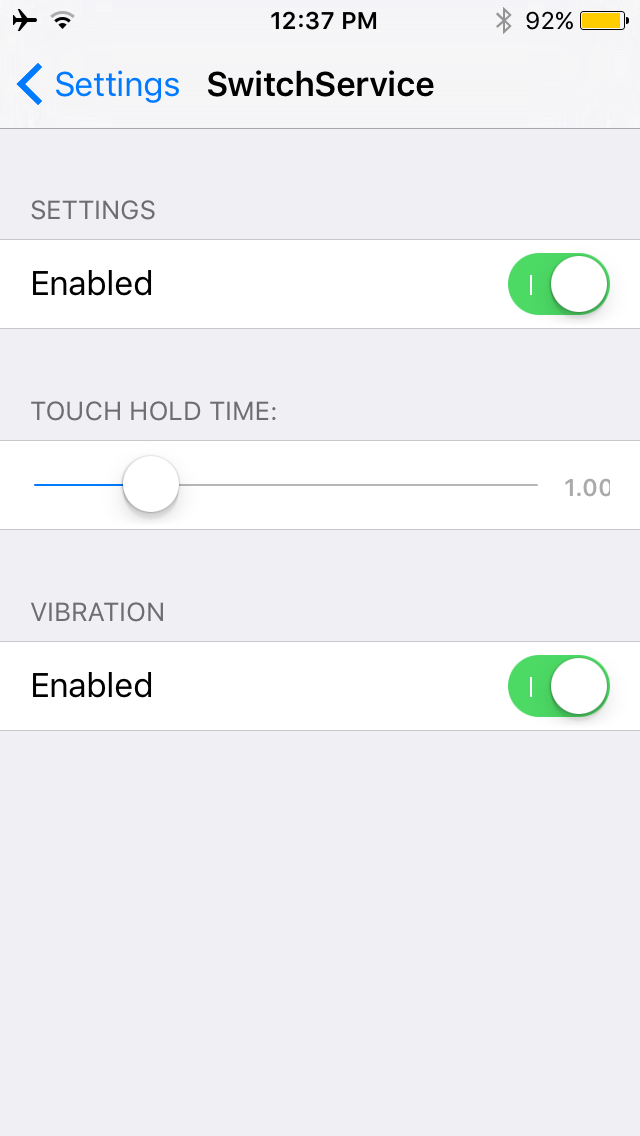 The ability to change the time required to tap and hold on the Send button is particularly useful, especially if you foresee yourself being clumsy or being impatient with lengthy hold times.

There are some things you need to know about SwitchServices that are important to understand before using the tweak.

For one, you need to know that SMS is based off of your carrier, so messaging rates may apply if you opt to use SMS instead of iMessage for any reason. On the other hand, if you attempt to send a message as an iMessage to someone who doesn’t have an iMessage device, then quite obviously this isn’t going to work and it’ll resort to using SMS anyhow.

Another thing to keep in mind is if you don’t have a SIM card, or your iPhone doesn’t have cellular service, then SwitchServices will not be able to change your service from iMessage to SMS. Instead, your device will be locked down to iMessage since it won’t have the services required to send an SMS. The only way this would work is if you had SMS forwarding enabled on the device you’re using this tweak from and are using your jailbroken device as a hub.

I think the concept behind SwitchServices is cool, and I’m sure some people may actually find this tweak useful, but I for one don’t mind letting my device choose for me whether a message is sent as SMS or iMessage. For the most part, the device does a good job ensuring that all iOS and Mac users receive my messages as iMessages and all other people texting me receive my messages as SMS.

I see very little reason to switch between the two, but in some troubleshooting scenarios, it might be useful when one fails to send or Apple’s iMessage services appear to be down.

If you’re looking for a jailbreak tweak that lets you choose whether a message is delivered as an iMessage or SMS, then SwitchServices, which is a free download from Cydia’s BigBoss repository, will be your best friend. It has a potentially useful functionality paired with a beautiful animation, and it could help in a pinch.

What do you think of SwitchServices? Share in the comments.