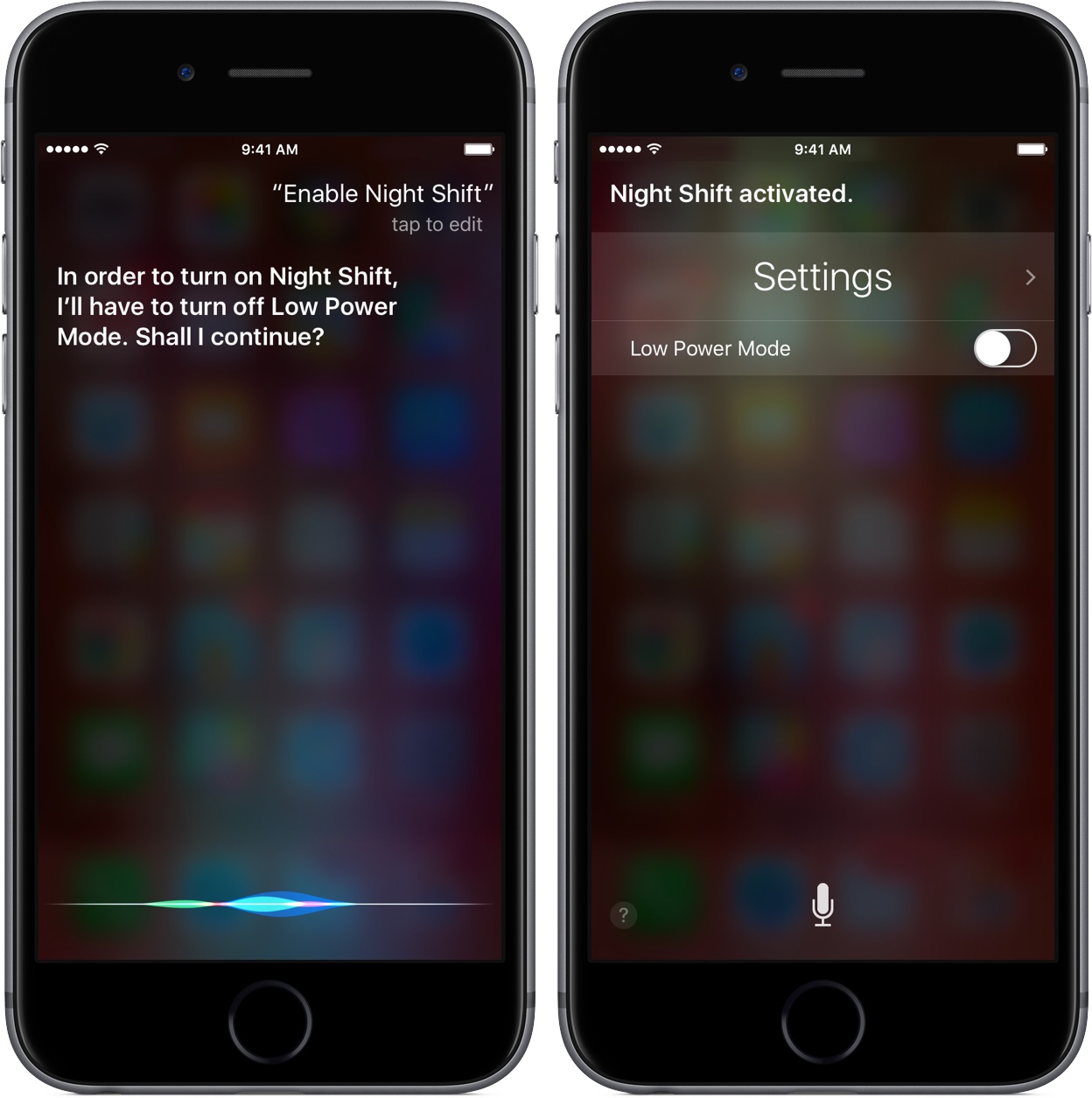 The iOS 9.3 software update includes Night Shift mode that helps users get a good night’s sleep by reducing the amount of blue light emitted from a backlight of their iOS device.

Night Shift is unavailable when an iPhone is in Low Power Mode and a workaround that let you ask Siri to activate Night Shift in this mode no longer works.

As first reported on by 9to5Mac’s Jeff Benjamin, asking Siri to enable Night Shift while the device is in Low Power Mode now yields a warning message.

In my tests, asking Siri to please “enable Night Shift mode” produced a response cautioning me that “In order to turn Night Shift, I’ll have to turn off Low Power Mode”.

The personal digital assistant then offers to do just that.

Respond with a “yup” and Siri activates Night Shift mode while simultaneously switching Low Power Mode off. It appears that the change is part of a server-side fix.

Applied this morning, the patch has squashed a bug which, as we detailed previously, let anyone look at the photos and contacts by using Siri on a locked iPhone 6s along with 3D Touch to preview email links in Twitter search results.