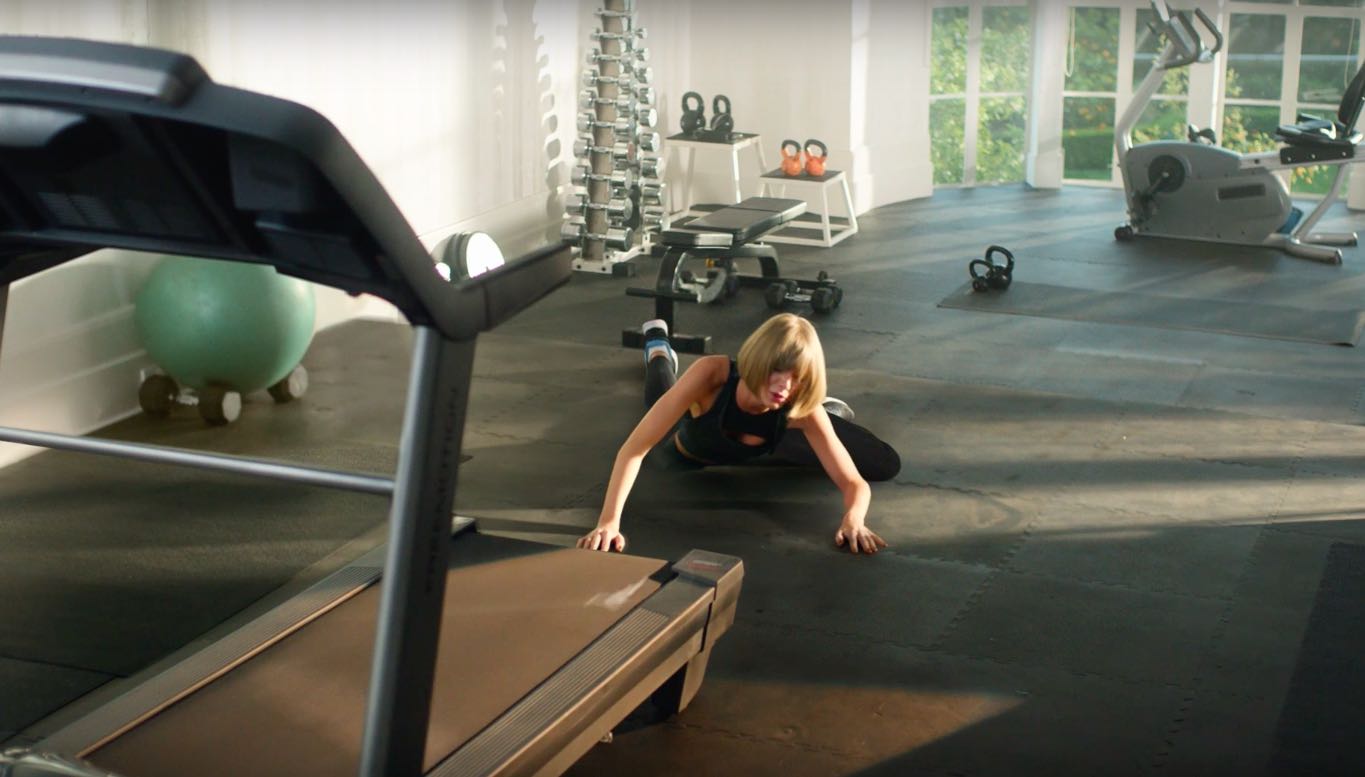 Pop artist Taylor Swift, whose public critique of Apple Music not originally paying out royalties to artists for free trials did force Apple to change its stance, is now the star of the latest commercial for the subscription streaming-music service.

In a comical 60-second video, published this morning on Beats 1’s YouTube channel and aptly titled “Taylor vs. Treadmill”, the singer preps for a cardio workout.

She browses workout playlists on Apple Music and then sings along to a track by Drake and Future for a while before falling off the treadmill while still continuing to rap along, with the tagline describing Apple Music as “distractingly good”.

The ad features a song called “Jumpman” from hip-hop artists Drake and Future.

Taylor can be seen going through the recommended Activity Playlists on Apple Music, before landing on a Running sub-category where she finds a playlist, called #GymFlow.

According to the singer’s tweet announcing the ad, it was “based on true events.”

What did you think of this commercial?