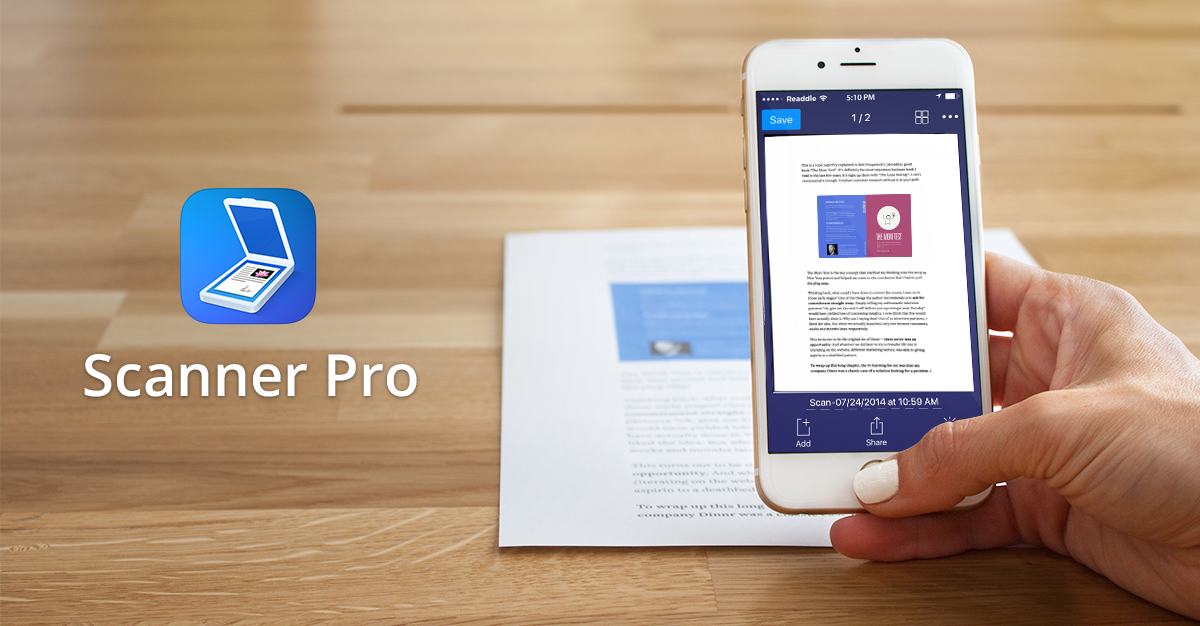 Ukrainian developer Readdle today released Scanner Pro 7.0 for iPhone, iPod touch and iPad, a major new version of its award-winning document, QR code and receipt scanner that has a revamped user interface and packs in a plethora of new features.

First of all, the app icon has been redesigned and now looks a lot better on the Home screen, though these things are a matter of personal taste. The app itself sports a refreshed user interface that, in my personal opinion, looks cleaner than before.

“Scanner Pro 7 has a big goal–not only did we want to create be the best scanner on the App Store as New York Times said, but also we aimed to deliver the best scanning experience for anyone who wants their documents to be scanned,” said Readdle.

The power of words with OCR

With Optical Character Recognition (OCR), a new feature in Scanner Pro 7, you can turn images of characters in your scans into actual characters. This is essential if you need some text from the scan but don’t want to transcribe the document manually. 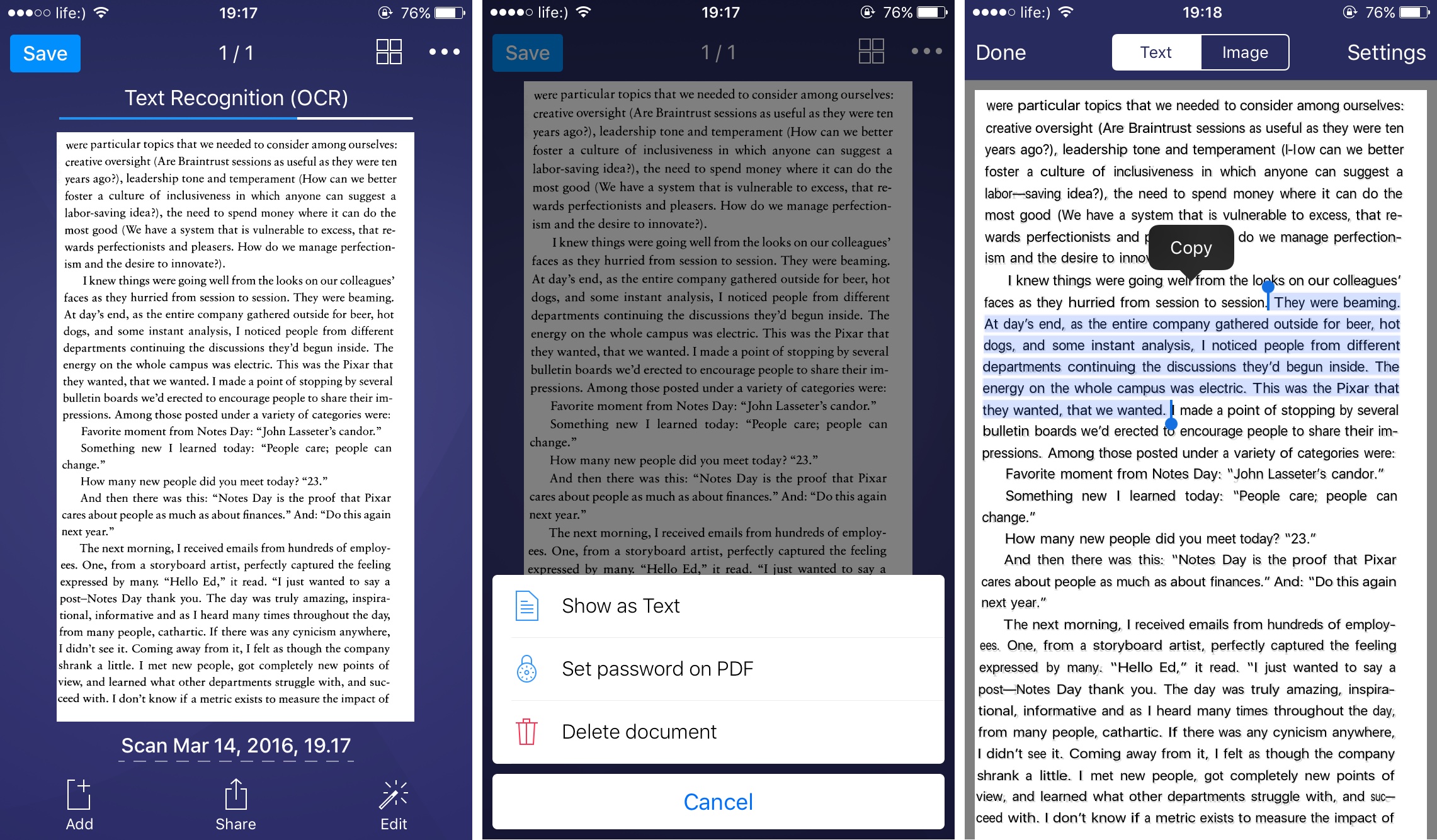 Because it turns graphics into text that can be selected and copied, OCR actually makes your scans and PDFs searchable. OCR supports a total of twelve languages for recognition: English, German, Italian, French, Spanish, Russian, Portuguese, Dutch, Turkish, Polish, Swedish and Norwegian.

After you OCR a document, you can view it as a bitmap scan or switch to the plain text view by tapping the Text or Image button at the top. Scans turned into PDFs, or OCR’d documents saved as PDFs, can be password-protected just like before.

Do more with Workflows

Scanner Pro 7 has a new Workflows feature that should appeal to fans of automation. With this feature, you can create workflows for common actions that can be applied to your scans in bulk, allowing you to both process and share them with just one tap. 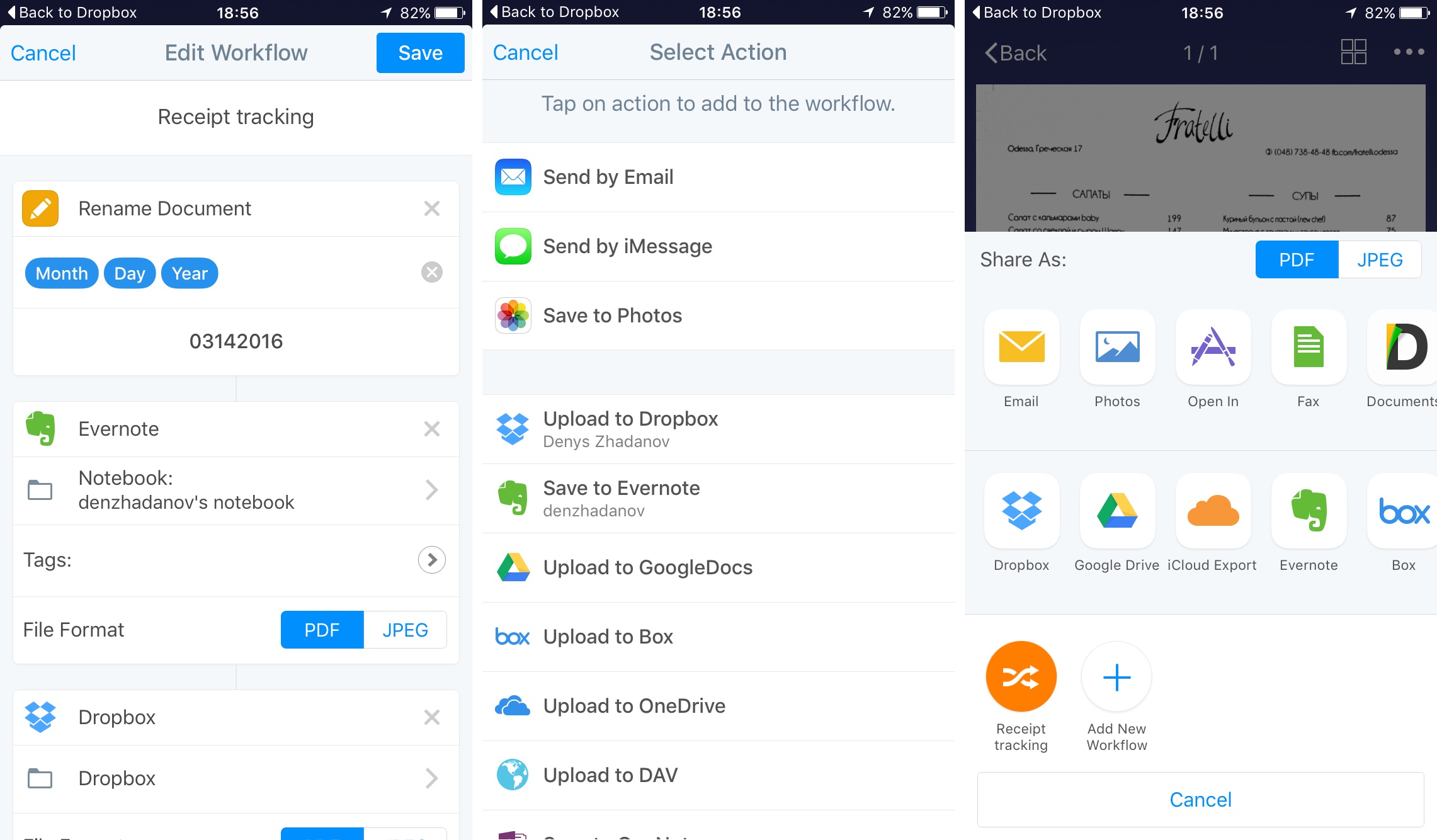 You can choose between built-in workflows or create complex ones yourself using default actions, connected services and custom criteria. For example, a receipt tracking workflow could automatically rename your scans, upload them to your personal Evernote account and your corporate Dropbox account and then email them to your accountant, all with a single tap.

This will optimize your scans so they appear super clean by removing shadows, fixing geometry and perspective based on the automatically detected document size, intelligently cropping and processing your scans to make them like professional. 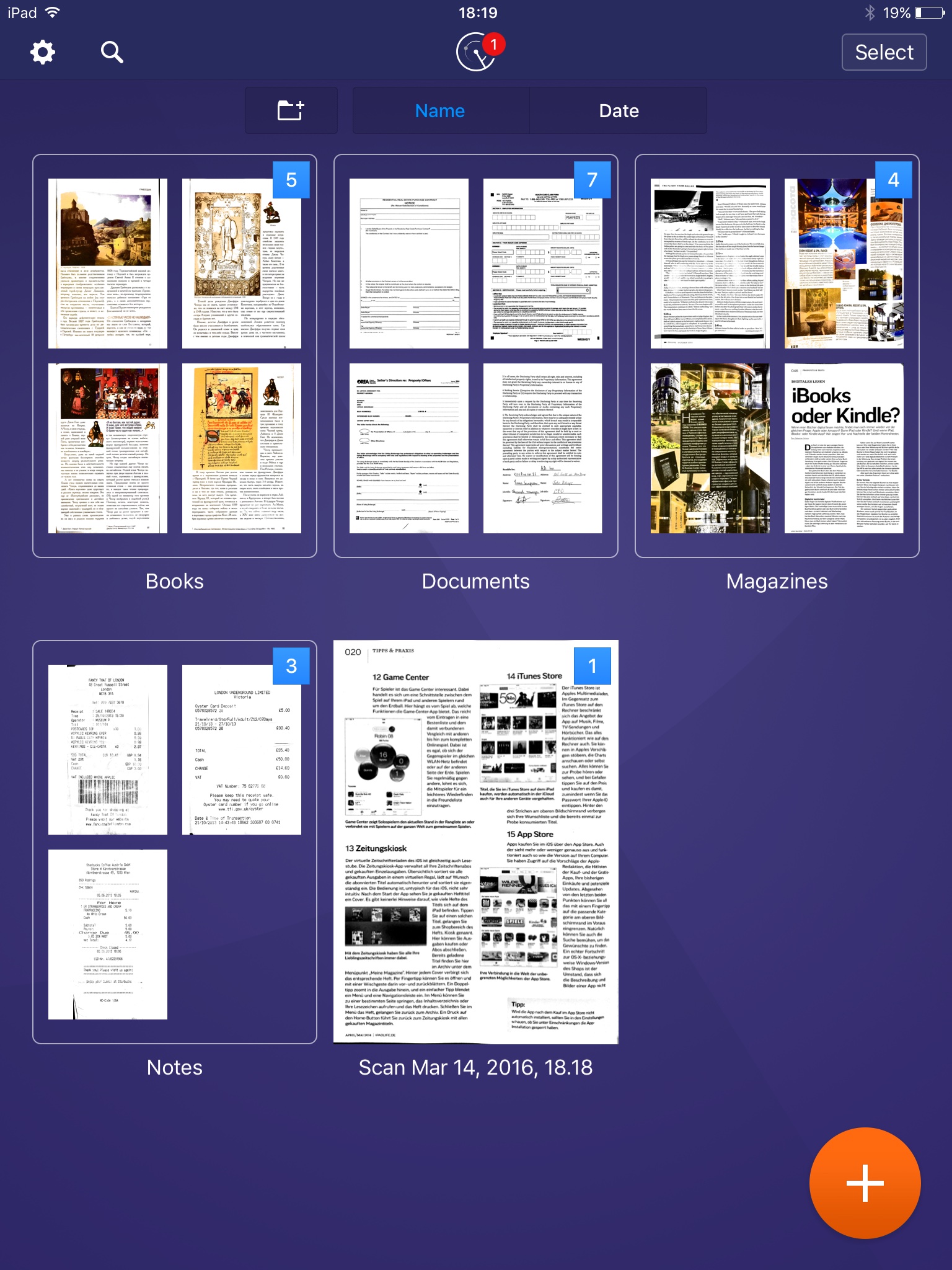 With its pro features, Scanner Pro 7 turns your iPhone or iPad into a powerful portable scanner for quickly digitizing multi­page books, receipts, dashboards and much more.

Your high-quality scans can be shared via email, Messages and third-party apps that support iOS’s multi-purpose Share menu. Or, you can upload them to a variety of supported cloud services as PDF or JPEG files.

Here are all the enhancements in Scanner Pro 7 worth mentioning:

This update is provided free of charge to existing users of Scanner Pro. 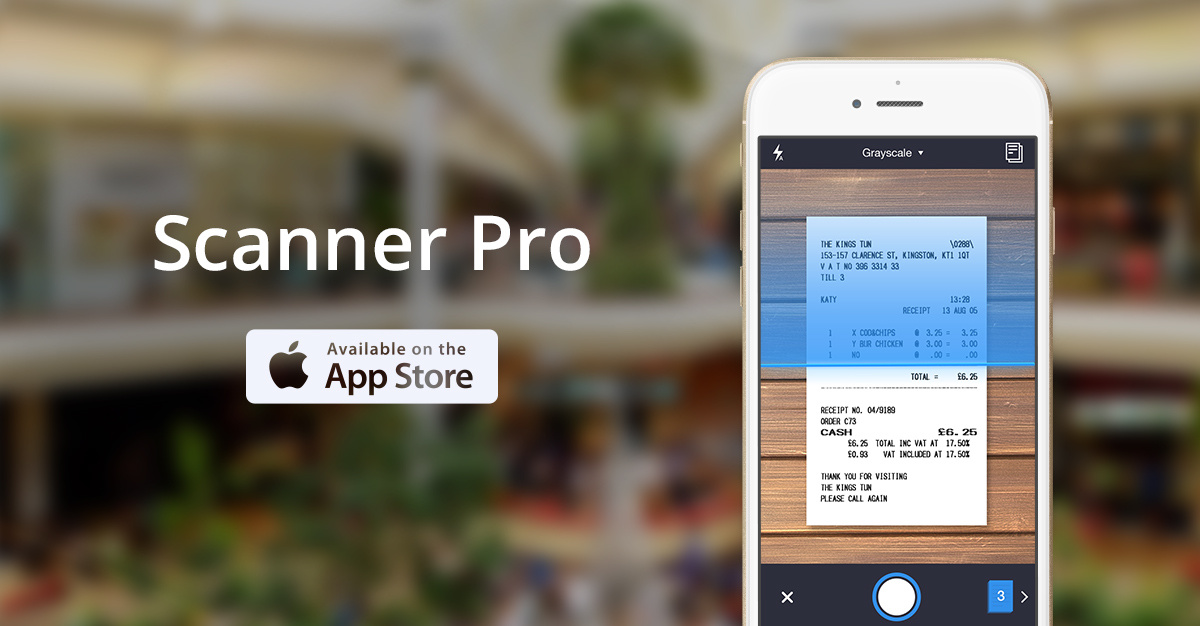 Scanner Pro 7.0 requires an iPhone, iPod touch or iPad with iOS 9.0 or later.

The app is localized in English, French, German, Italian, Japanese, Portuguese, Russian, Simplified Chinese and Spanish. As mentioned, the new version is a free update for those who own the app.

Scanner Pro is $3.99 in the App Store, a time-limited fifty percent discount to celebrate launch of the new version.