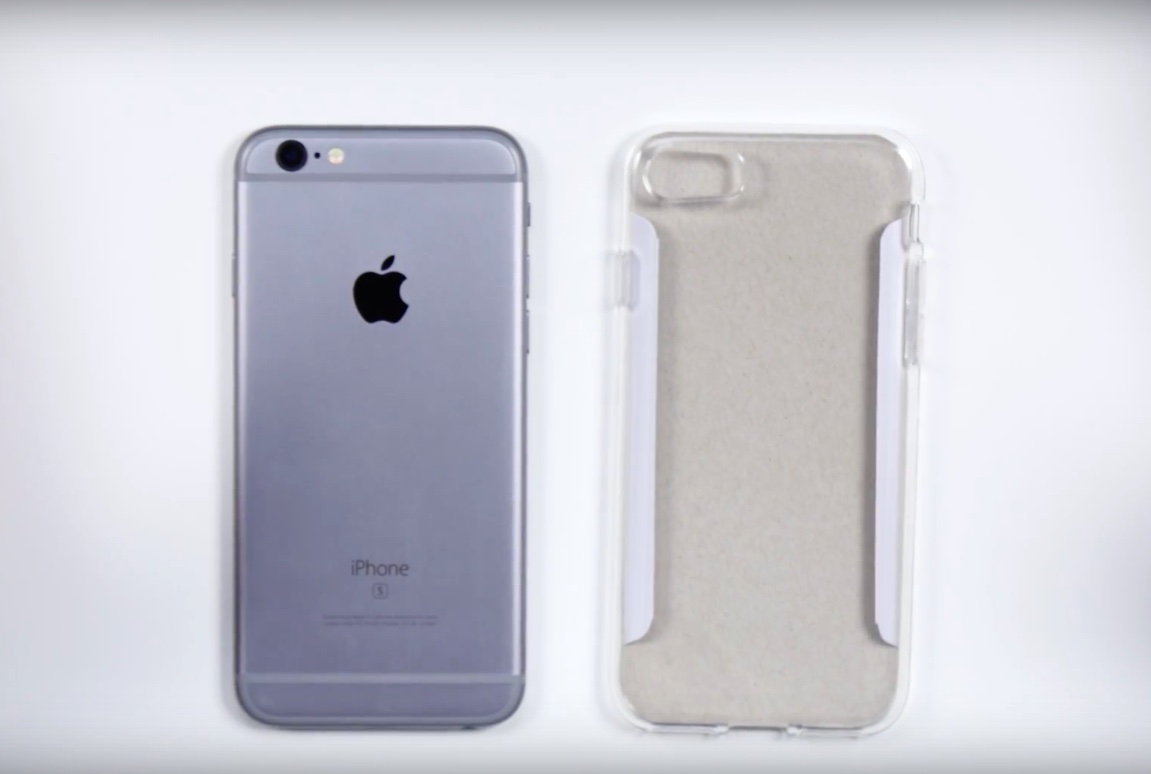 While we have already seen a fair share of purported cases for the forthcoming smartphone refresh, the quality of this particular video gives us a much closer look at some of the design changes the iPhone 7 is said to bring to the table.

Like prior leaks, this particular case appears to confirm the general layout of the buttons on the iPhone 7, with the exception of one thing that stands out in particular.

And that is a large cutout on the back, presumably to accommodate a rumored dual-camera lens. Aside from that, the position and size of the volume rocker and the Power/Sleep button resembles that on the iPhone 6/6s generation.

Though the case fits the iPhone 6s perfectly, the camera cutout on the back does not line up perfectly with the location of the iSight camera on the current-generation iPhone.

The suspicious looking cutout for headphone jack is not large enough to actually accommodate the EarPods connector, a yet another indication that the next iPhone might actually lose the 3.5mm jack in favor of Lightning-based wired and Bluetooth-based wireless headsets.

The supposed case for the iPhone 7, provided by prolific Apple components leaker Sonny Dickson, is based on iPhone 7 mockups and rumors and as such should be taken with a grain of salt.

In addition to this iPhone 7 case, the video shows off yet another case, allegedly for Apple’s upcoming four-inch iPhone SE refresh. That case has circular-shaped cutouts for the volume buttons, suggesting that the iPhone SE might feature a rehashed iPhone 5s design that some rumors have mentioned before.

The iPhone SE is said to include NFC for Apple Pay, LTE support for GSM and CDMA networks around the world and come in 16 and 64GB varieties, if a claimed packaging for the device that leaked this morning is anything to go by.

Apple sent out invites for their media event to be held on Monday, March 21. The press conference is said to reveal the four-inch iPhone SE, a smaller 9.7-inch iPad Pro and potentially some new Apple Watch bands along with updates to the OS X, iOS, tvOS and Watch OS operating systems.