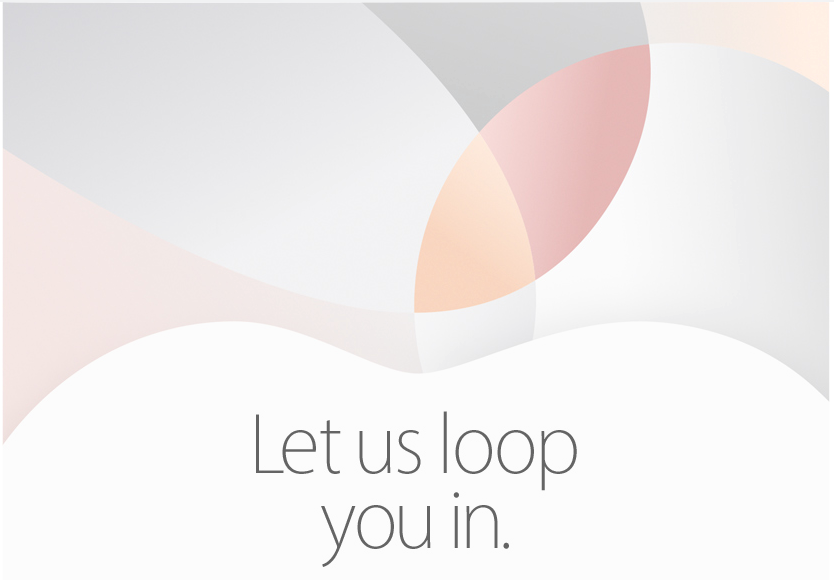 Following weeks of speculation, Apple on Thursday sent out invites for a media event later this month that should serve as a launchpad for new iPhone and iPad models, Apple Watch bands and possibly more.

The press event will be held at Apple’s Cupertino campus on Monday, March 21, 2016, at 10:00am PT, and will be live-streamed using HTTP Live Streaming.

As you may have guessed, iDownloadBlog will continue covering everything there’s to know about about Apple’s product refreshes.

BuzzFeed News notes that the event will occur one day prior to Apple’s March 22 showdown with the U.S. government over a motion that would compel it to create a backdoor to hack into an iPhone 5c that was used by one of the San Bernardino shooters.

The event will be live-streamed

The event will be live-streamed via apple.com/apple-events/march-2016.

Live streaming uses Apple’s HTTP Live Streaming (HLS) technology which requires Safari on an iPhone, iPad, or iPod touch with iOS 7.0 or later, Safari 6.0.5 or later on OS X v10.8.5 or newer, or the Microsoft Edge browser on Windows 10.

About that invite graphics

The invite graphics will no doubt prompt Kremlinologists out there to try to decipher which products might get announced at the event.

Based on the colors and name, iDownloadBlog reader James Baney thinks we might see Gold and Rose Gold Milanese Loops for the Apple Watch.

And what’s your read of the invite graphics?

Invite graphics via The Loop.