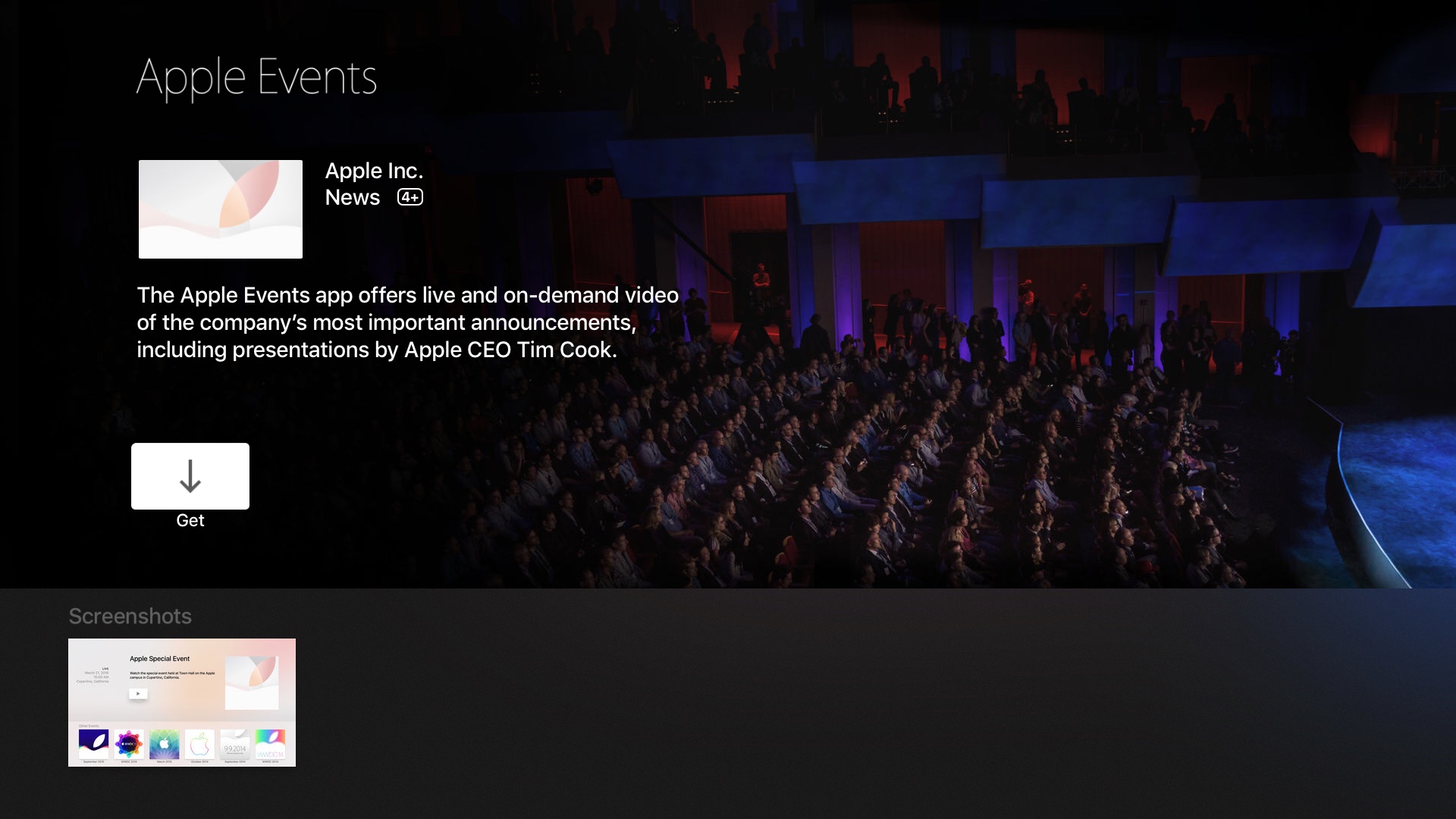 Apple has scheduled its ‘Let us loop you in’ media event on Monday, March 21. Ahead of the invite-only press conference, the company has released a native application, aptly named Apple Events, for the fourth-generation Apple TV in the tvOS App Store.

The app makes it easier for Apple fans to stream the company’s media events live and watch replays of previous broadcasts on their box.

“The Apple Events app offers live and on-demansd video of the company’s most important announcements, including presentations by Apple CEO Tim Cook,” according to Apple.

A page for the upcoming event is already live in the app, with a message asking viewers to tune in at 6pm local time on March 21 to watch the live broadcast. 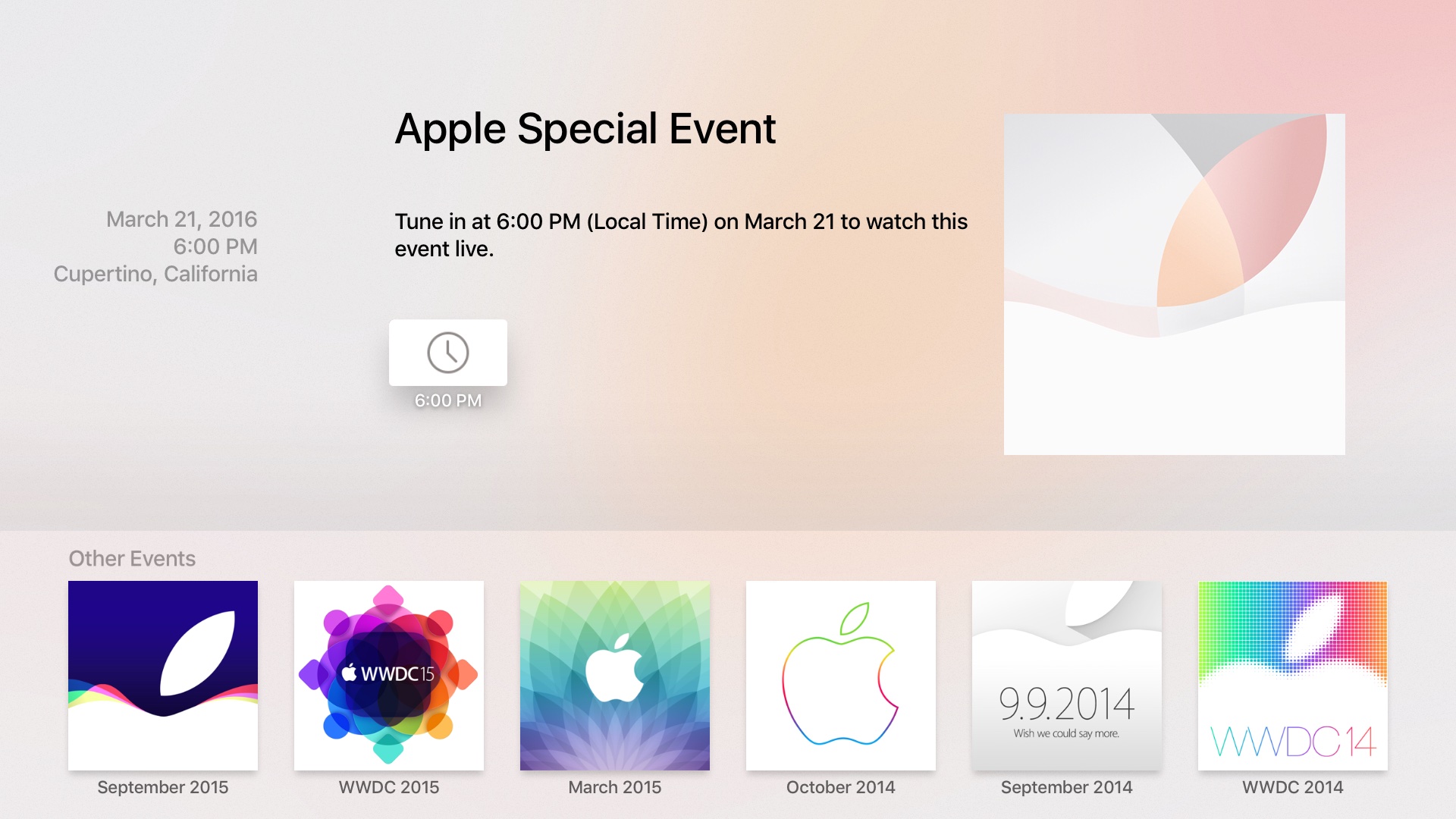 Under the ‘Other Events’ section, the app provides quick access to on-demand video replays of its past media events. All in all, it’s an easy to use, reliable and pretty straightforward app.

The free of charge app can be downloaded by searching for ‘Apple Events’ in the tvOS App Store on the fourth-generation Apple TV.