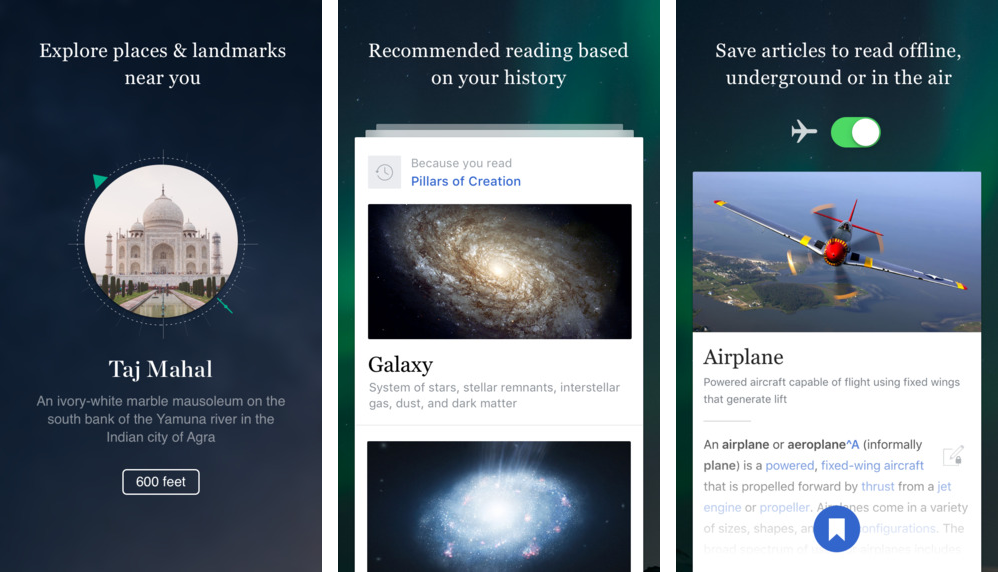 Wikipedia, the world’s encyclopedia and knowledge base, has never had an attractive mobile app. That changes today with a major refresh to its app in the App Store permitting users to explore Wikipedia content tailored to their interests via an all-new Explore feed.

The app was obviously designed with the theme of exploration in mind.

“We all know Wikipedia as a quick fact-checking resource, but the new app is designed to make exploring knowledge on Wikipedia a journey,” developers told me via email.

As mentioned, the new Explore feed puts content tailored to your interests at your fingertips, including items like surroundings and featured articles and images.

The feed also surfaces the featured article of the day and picture of the day, as well as top reads, random article, nearby stories and articles based on what you’ve read. 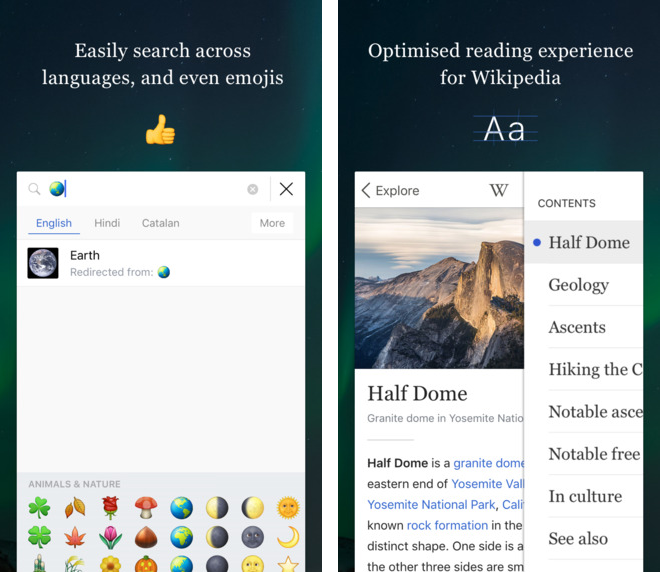 You can save articles for later reading, move between articles by way of swiping and use 3D Touch on the iPhone 6s and iPhone 6s Plus to preview articles.

The search feature has been enhanced to support finding articles in any Wikipedia-supported language. Last but not least, the app now supports emoji search and will surface your saved articled via iOS 9’s Spotlight Search.

The app supports native display resolution of the iPad Pro, but has yet to implement iOS 9’s new multitasking modes, like Slide Over and Split View.

Wikipedia requires an iPhone, iPod touch or iPad with iOS 8.0 or later. The app is localized for a bunch of markets and languages.

Grab Wikipedia at no charge in the App Store.