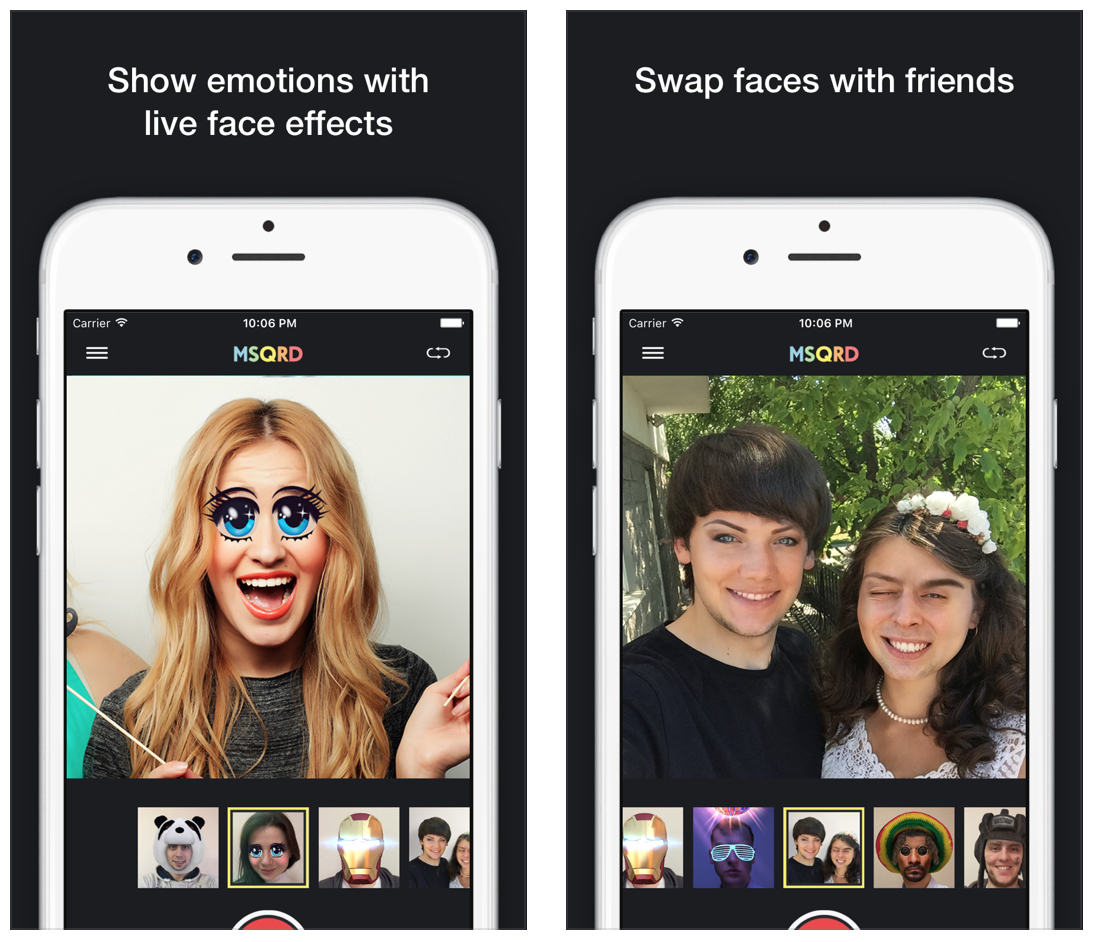 Facebook on Wednesday announced that it has acquired the popular face swapping app MSQRD, and the company behind it, Masquerade. The terms of the deal are unknown, but it’s being reported that the founders will be joining Facebook.

For those of you who aren’t familiar with the app, MSQRD allows you to apply various filters and effects to your photos and videos—not unlike Snapchat’s ‘lenses.’ You can apply masks, hats and other accessories, or simply swap faces with others.

Now, we’re excited to join forces with Facebook and bring the technology to even more people. Within Facebook, we’re going to be able to reach people at a scale like never before. For starters, we’ll be able to bring our technology to Facebook’s audience of nearly 1.6 billion people. This is a scale of audience we never imagined was possible.

While we will be partnering with Facebook to integrate our technology, the app will stay up and running so you’ll continue to record fun selfies and keep using the product. You can also expect us to keep adding fun features!