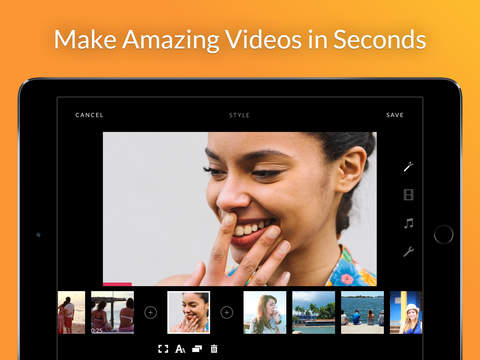 GoPro, an American manufacturer of action cameras that are popular in extreme-action videography, has acquired two mobile video editing apps, Replay and Splice.

In a media release yesterday, GoPro said that merging these apps into its mobile strategy will help them deliver powerful mobile editing solutions to GoPro customers “and billions of smartphone users,” indicating the apps will continue to be available in the App Store.

In fact, both apps will be coming to Android later this year, said GoPro.

I’ve been a loyal user of Replay for nearly two years now.

It’s one of the best apps on the iPhone for people who want to quickly create attractive, Hollywood-style movies complete with transition effects, graphics and synchronized music—all without having to move the clips around in the timeline or fiddle with complicated video settings and parameters.

With a super-fast processing engine and professional-grade templates, creating an attractive video from your still photos and captured clips is a breeze. You literally select a few photos or videos and the app does the rest.

Here’s Replay in action, demoed on stage at an Apple media event.

Some of Replay’s templates also use geolocation data embedded into photos to automatically caption your media or provide titles when changing scenes, based on the location the photos were taken, the time and date and so forth.

As for Splice, it lets you manually create customized edits with advanced features normally found on desktop apps, but with the speed and efficiency of a mobile interface.

Replay Video Editor and Splice are available free in the App Store.