Ever since Siri was announced in 2011, Apple users have been excited about the prospect of the digital assistant coming to OS X. More recently, rumors have indicated that a Mac version of Siri will ship with OS X 10.12 this fall. September is quite a long way off, but it’s possible to get a taste of Siri-like voice commands on your Mac right now, thanks to the accessibility features baked in OS X.

While this method doesn’t provide an integrated version of Siri’s ability to check the weather or pull the latest sports scores, it’s possible to give your Mac a variety of orders such as “Open iTunes”, “Quit Messages”, or “New tab” – all spoken commands that will be performed without any mouse or keyboard input. All these commands are preceded by a keyword phrase, the default being “Computer”, which works similarly to iOS’s “Hey Siri” prompt in that it informs the always-listening computer that you’re ready to give a command. To see a few examples, check out the demonstration video below. 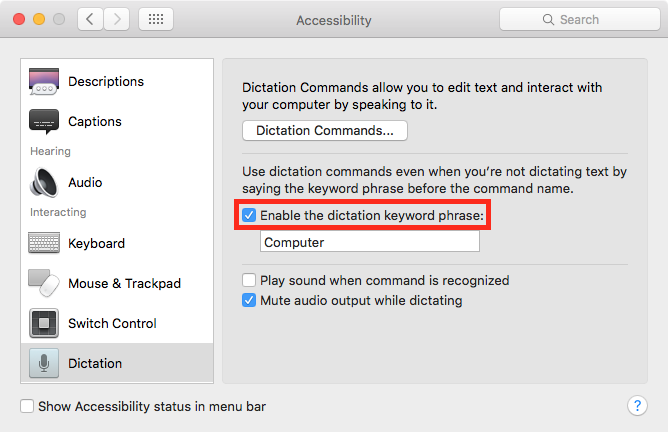 And that’s all it takes to begin using phrases such as “Computer, search Spotlight for pictures from this week” and have your Mac carry out your commands. You can change the “Computer” keyword to whatever word or phrase you wish to use to initiate a voice command, and you can find more preset commands under the “Dictation Commands…” button.

You don’t have to stick to OS X’s built-in commands, either. New, custom commands can be added to expand the functionality well beyond the defaults, and these actions can be greatly enhanced when paired with apps such as Alfred. 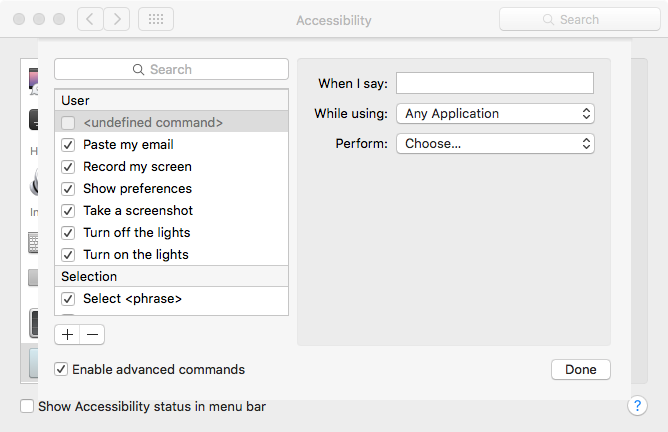 Besides the examples demonstrated in the above video, there are endless possibilities when it comes to the personalization users can do with this features. Here are a few additional suggestions:

And there are countless more combinations of actions that can be carried out using third-party apps such as Alfred that allow users to do virtually anything imaginable. No longer is it necessary to remember complex keyboard shortcuts – just use plain English to tell your Mac to execute them.