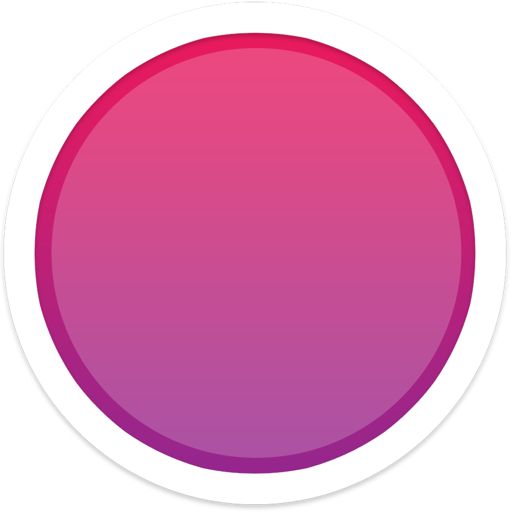 Popular for letting users unlock their Mac with the Touch ID sensor on their iPhones and/or iPads, MacID comes with a slew of other useful features as well that take advantage of a Bluetooth connection between these devices.

A massive update to the $3.99 MacID app for iOS devices and the free software for Macs is now available that provides a slew of improvements and new features for users.

A gist of what’s new

Although it seems like this software couldn’t possible get any better, MacID developer Kane Cheshire never fails to impress with improvements and feature additions. Version 1.3.2 of MacID for iOS and OS X is no different, and the change log for today’s update is impressively detailed.

New in MacID for OS X are some changes users have requested for some time, including an update to the Sparkle updater framework to prevent any security holes from being breached. Other changes include keyboard shortcuts for sending your Mac’s clipboard to your iOS device(s), a quick relaunch option to restart the app if you see Bluetooth problems, and a long list of bug fixes and performance improvements.

The full list of new features for the Mac app can be read below:

• Adds the ability to set keyboard shortcuts for locking and sending sending clipboard.
• MacID can now even display the currently playing song if MacID for OS X is launched mid-song.
• Adds German localization.
• Updates Sparkle to use the latest version.
• Completely re-written data send logic to improve communication between devices and prevent crashes.
• Completely re-written window management to make it quicker for me to add new features in the future.
• Adds support for using the color scheme chosen in your primary iOS device. Changing the color on iOS animates the color change in any MacID for OS X windows open. Really swish!
• MacID windows now use the lovely diagonal gradient, just like MacID for iOS the MacID website.
• Adds support for getting more reliable device name information (rather than it sometimes just showing “iPhone”)
• Stops the Dock icon briefly appearing and disappearing on app launch.
• Prevents an issue where the MacID menu items would be greyed out on app launch.
• Adds support for only showing the snooze button on iOS notifications when the notification is sent due to Proximity Wake.
• Prevents the auto-lock warning notification not dismissing even if you use the keyboard or mouse.
• If the password is missing from the Keychain, MacID will display the “Save Password” window on launch.
• Adds the ability to relaunch MacID from the More menu. Useful for quickly fixing Bluetooth connection issues.
• The Lock Screen menu item now has a nicer, tidier looking icon.
• RSSI information now shows above the primary iOS device to make it clearer which device MacID is getting the information from.
• Device menus now show more reliable states, and the primary iOS device now states that it’s primary.
• Adds the ability to add more than two devices if you so wish, however two is still recommended due to OS X not handling multiple connections particularly well.
• New progress indicator when sending/receiving large amounts of clipboard text.
• Fixes a glitchy looking activity indicator window.
• Windows are now “floating” windows. This means that if you accidentally click away from a MacID window you won’t have to bring up Mission Control to get back to it.
• If you’re using a Dock icon instead of the Menu Bar icon, the Dock icon will show a “!” if there’s an issue like Bluetooth being turned off or unavailable.
• MacID now determines that a user is active if the keyboard or mouse has been used in the last 3 seconds, previously it was 5. Doesn’t sound like much, but some people can get away from their Mac sooner than 5 seconds and auto-lock won’t trigger.
• Brings back the “auto-move” option if MacID is launched anywhere other than the Applications folder. Useful for people who don’t use automatic updates and prefer to use the website.
• If you have automatic updates disabled, choosing “check for update” will now take you to the website’s update page (like before automatic updates were implemented).
• MacID lock-screen UI now displays properly if the screen is locked when dismissing a screensaver.
• MacID also now properly hides it’s lock screen UI if you press escape on the screensaver’s lock screen. Previously it would get stuck on the screen.
• Adds the ability to change your Tap to Unlock tap pattern without having to first disable Tap to Unlock.
• Auto-lock menu now shows is an app or process is stopping the screen from sleeping (which disables auto-lock). Unfortunately the Caffeine app uses some way of keeping the screen awake that MacID can’t detect.
• Fixes an issue where “taps” would get stuck on the screen.
• Snoozing Proximity Wake from the iOS app will press the escape key so the screen shuts off straight away.
• Prevents an issue where snooze time remaining could show a long negative number.
• Proximity Wake now imposes a 5 second delay after screen sleep to stop it triggering as people are walking away.

A mouthful, we know, but we haven’t even gotten to the iOS app yet! For those wanting to download the latest version of MacID for OS X, or to download it for the first time, you can head over to the developer’s website or check for updates from the MacID app itself. 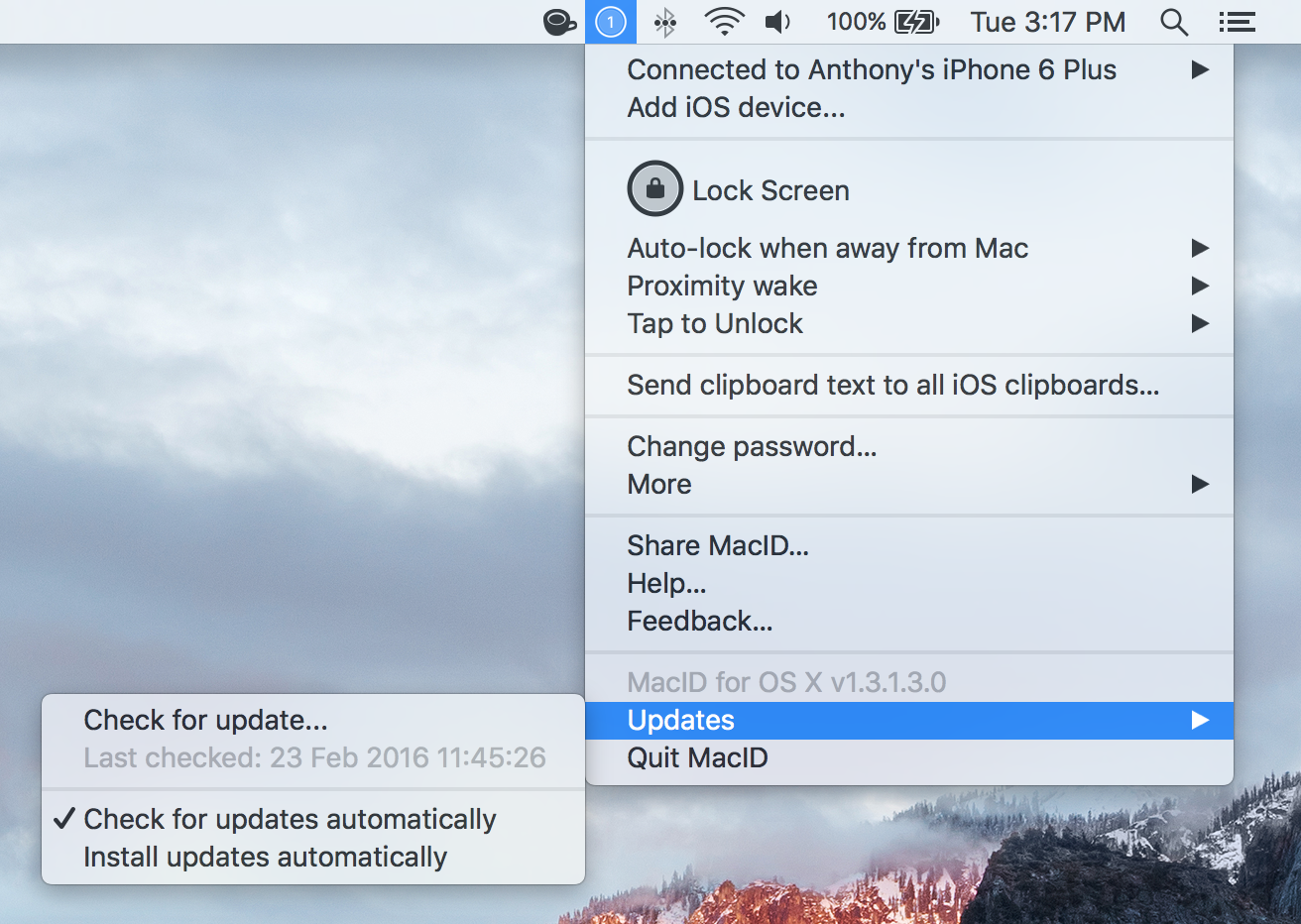 The iOS app has also received an important update with an array of improvements and new features. Among some of the most notable are support for Pebble, 3D Touch support for the app’s settings, support for Background App Refresh, improved battery efficiency, a new Apple Watch Glance, customizable notification sounds, and more.

For a full list of what’s new in version 1.3.2 of the iOS MacID app, you can check out the following list:

• Adds support for MacID for Pebble. Visit macid.co/pebble to download MacID for Pebble for free.
• Adds a pressure sensitive Settings button. Try it out if you have a 6S or 6S Plus!
• Adds support for Background App Refresh.
• When Touch ID is disabled in MacID for iOS, opening MacID from a lock screen notification will unlock your Mac straight away without requiring your fingerprint again.
• If MacID for iOS is in the foreground on two devices when you wake a Mac connected to both, unlocking from one will make the Touch ID prompt automatically disappear on the other (iOS 9 only).
• If Low Power Mode is enabled, MacID will automatically throttle Bluetooth connections to save power. This will result in slower reaction times but decreased power usage.
• Adds support for snoozing Proximity Wake for different durations (30 minutes, 1 hour, 6 hours or 1 day).
• Adds support for only showing “snooze” in the interactive notification when the Mac wakes from Proximity Wake.
• Adds support for snoozing Proximity Wake from MacID for Apple Watch.
• Minor changes to the Widget to make it fit in better with the Notification Center theme.
• Adds support for showing when your iOS battery is charging, low or using Low Power Mode in the MacID Glance.
• MacID for iOS now uses the same fancy full-screen diagonal gradients like MacID for OS X.
• New animation when changing the color scheme. (also works on MacID for OS X if you have a window open!)
• Adds an option to completely hide the Widget if no Macs are connected.
• Adds new options to customize which sounds play for which notifications.
• Adds option to “unlock all” or “lock all” from home screen 3D Touch shortcuts.
• Removes some background tasks if no Apple Watch is paired to improve battery usage.
• The MacID for Apple Watch Glance is back! And with a fresh new look.
• Fixes the Widget showing the wrong name on German devices.
• Fixes many background crashes.
• Fixes an issue where the currently playing song wouldn’t show if a Mac disconnects and reconnects.
• Significantly improved data send queue system to make it more reliable.
• URL schemes can now use “macid://” instead of “macid:///”, previously set up URL schemes will continue to work.
• Fixes an issue where launching the app from a notification wouldn’t ask for authentication if interactive notifications are disabled in settings.
• Fixes the “welcome” window not being shown for new users.
• Fixes an issue where the user account image wouldn’t automatically be sent when connecting a new Mac.
• Fixes an issue where “Unlock all” wouldn’t honor if unlocking from MacID for Apple Watch is disabled in settings.
• Fixes an issue where the Settings “ripple” effect wouldn’t work properly when choosing “Create shortcuts” from a long-touch menu.
• Removes “swipe to activate buttons” on connected devices to stop accidental disconnections/removals.
• Clears up unnecessary logging.

This is an update iOS users aren’t going to want to miss. If you haven’t already downloaded MacID, it’s a $3.99 purchase from the iOS App Store, but those who already own it can download the update for free via the Updates tab in the App Store app. 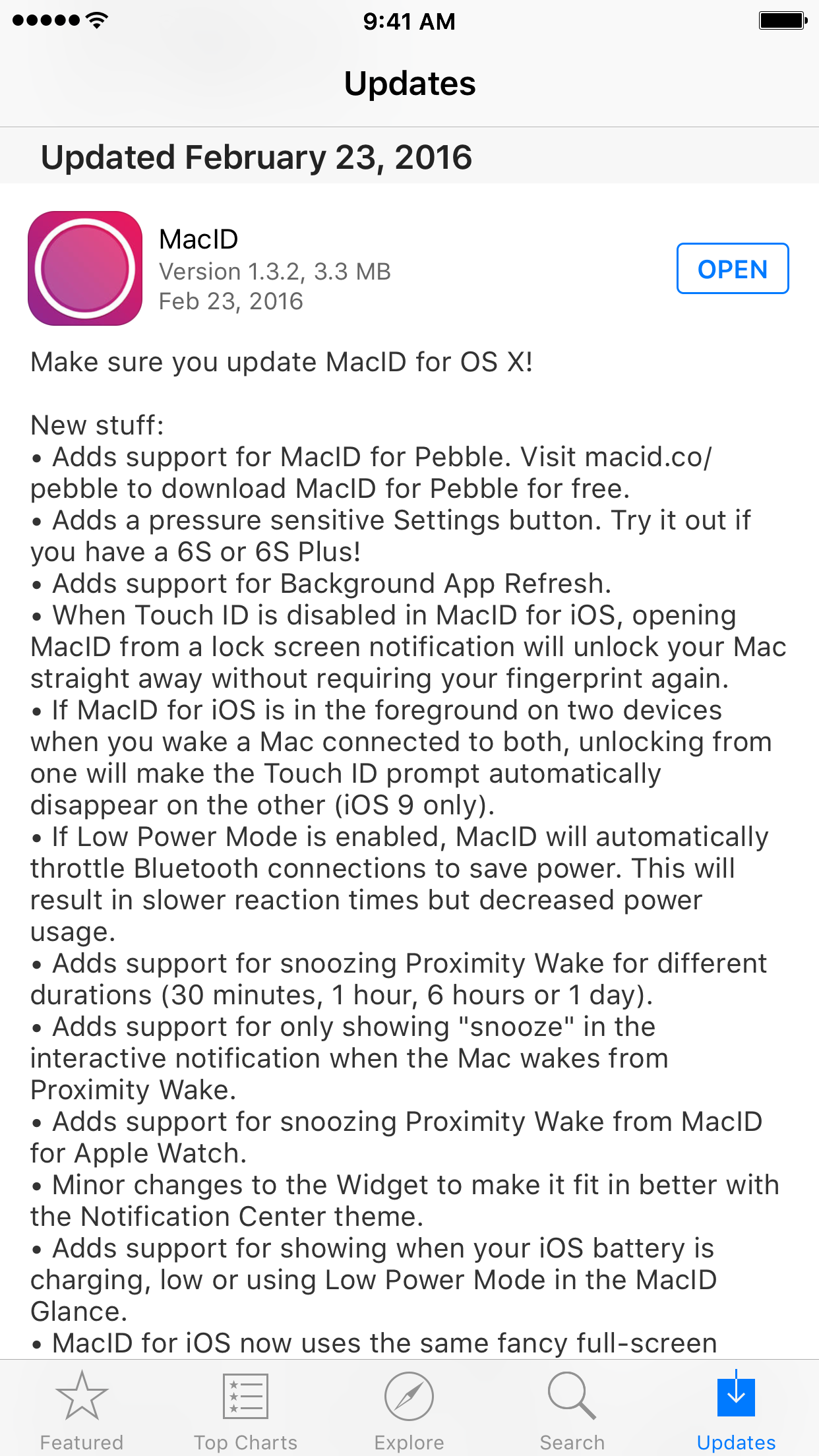 Go and get it!

Both updates, for the $3.99 iOS app and the free OS X app, are free for anyone who already owns the apps, and are recommended because they include the latest performance improvements, security improvements, and new features.

Are you currently using MacID? Share int he comments below!