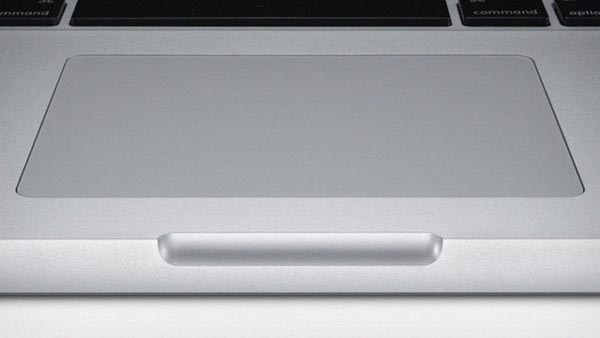 If you’re an ex-Windows user, or still use Windows, then you’re probably used to the content on the page scrolling in the same direction as your fingers move on the trackpad, but on the Mac it’s quite the opposite by default. Fortunately, it’s easy to change disable natural scrolling on your Mac trackpad, and in this tutorial, we’re going to show you how it’s done.

All of Apple’s MacBooks come equipped with a multitouch trackpad that recognizes a two-finger scroll up/down gesture. Apple’s iMac, Mac Pro, and Mac Mini can also be paired with any generation of Apple’s Bluetooth Magic Trackpad or Magic Mouse to provide a similar multi-touch experience.

You probably use this gesture a lot throughout macOS while you’re browsing websites or writing up long documents since clicking and dragging is so 1990’s and tap/multi-touch gestures are more commonly used on modern multitouch trackpads.

What is natural scrolling on a Mac?

So by now you’re probably wondering what the difference is between natural and “unnatural” scrolling. If so, bear with us while we try to explain.

The example below shows what natural scrolling looks like:

Below is an example of what unnatural scrolling looks like:

How to change your Mac’s scroll direction

Whether you’re using a Magic Trackpad, Magic Mouse, or the multi-touch trackpad built into your MacBook, you can easily change the scroll direction so when you tap and drag on the input device with two fingers, the page moves in the direction you want it to go.

To change the scroll direction, you’ll have to disable natural scrolling from your Mac’s settings. To do that, just follow the steps below:

1) Launch the System Preferences app on your Mac. 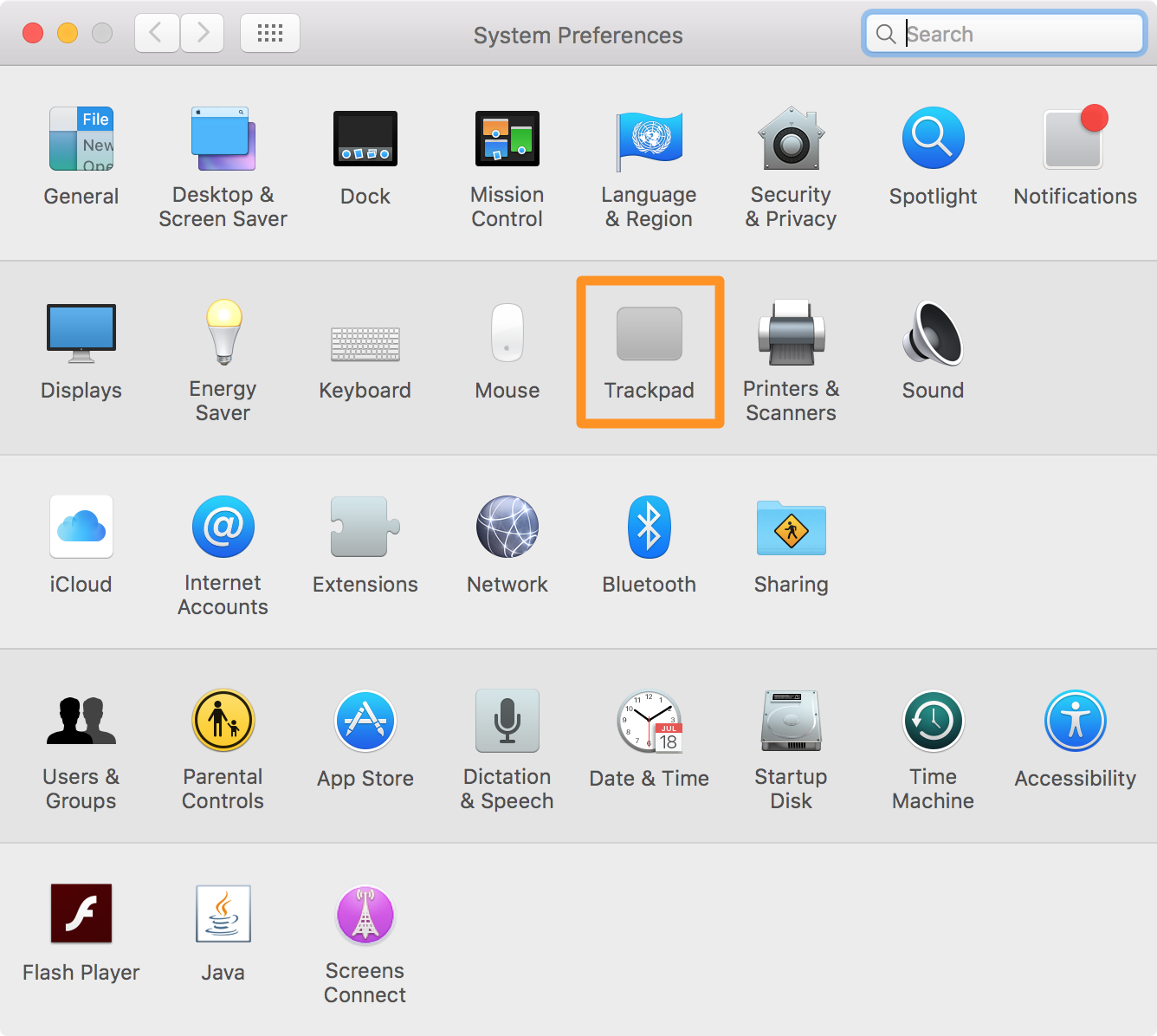 4) Toggle “Scroll direction: natural” on or off to suit your needs by either checking or un-checking the check box. 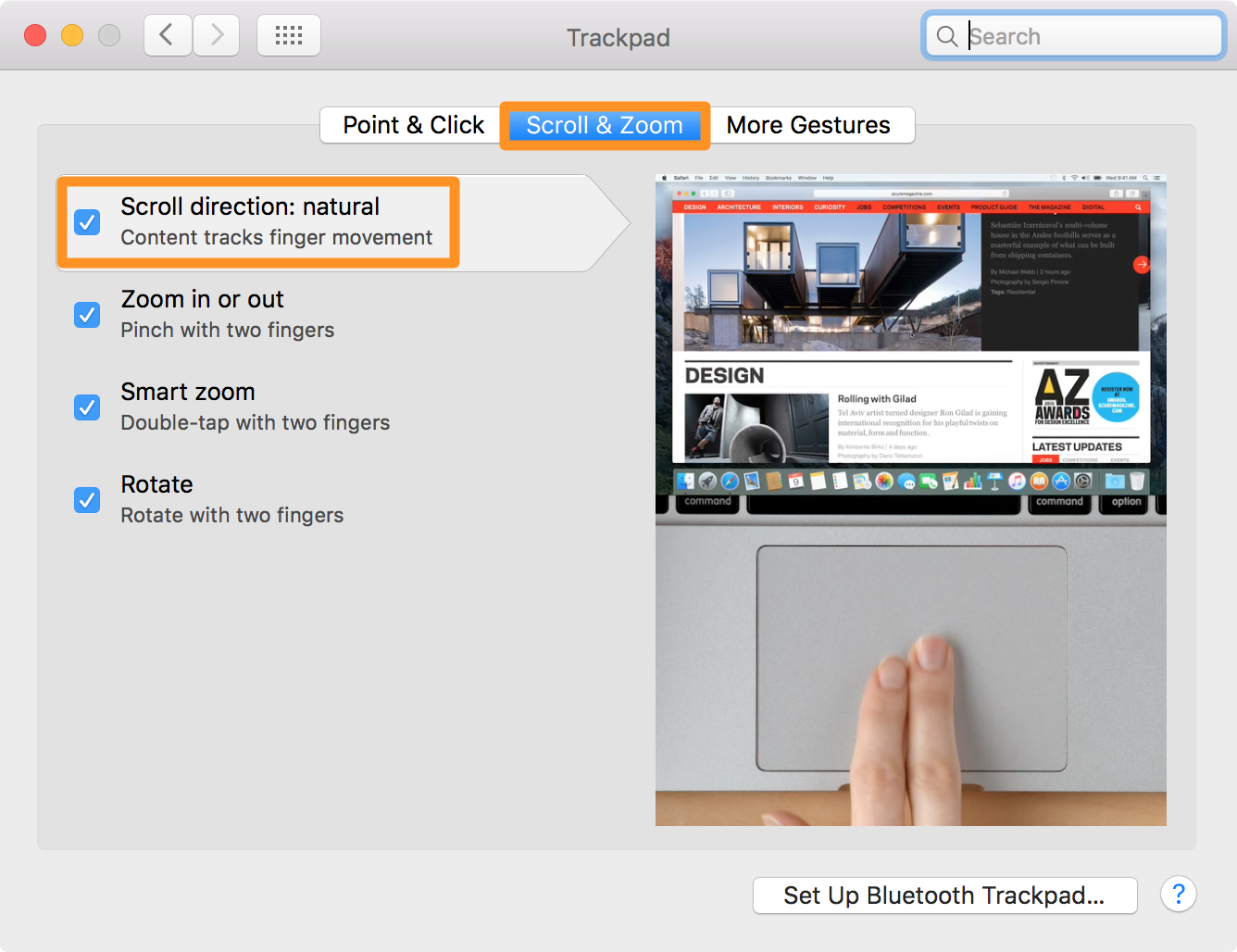 From here, you can also configure a wide range of other multitouch gestures, such as pinch, zoom, and rotate, which are all useful in various native macOS apps, such as Preview; some of them even work in Safari.

If you’re not sure whether or not to use natural scrolling on your Mac, I’d suggest experimenting with the two choices to see which scrolling option works best for you.

I personally enjoy natural scrolling because I’ve gotten used to it while using my Mac over the years, but Windows users who have recently converted to the Mac will find this tutorial helpful while making their Mac feel more familiar to what they’ve been using.

Do you use natural scrolling on your Mac or no? Share in the comments.