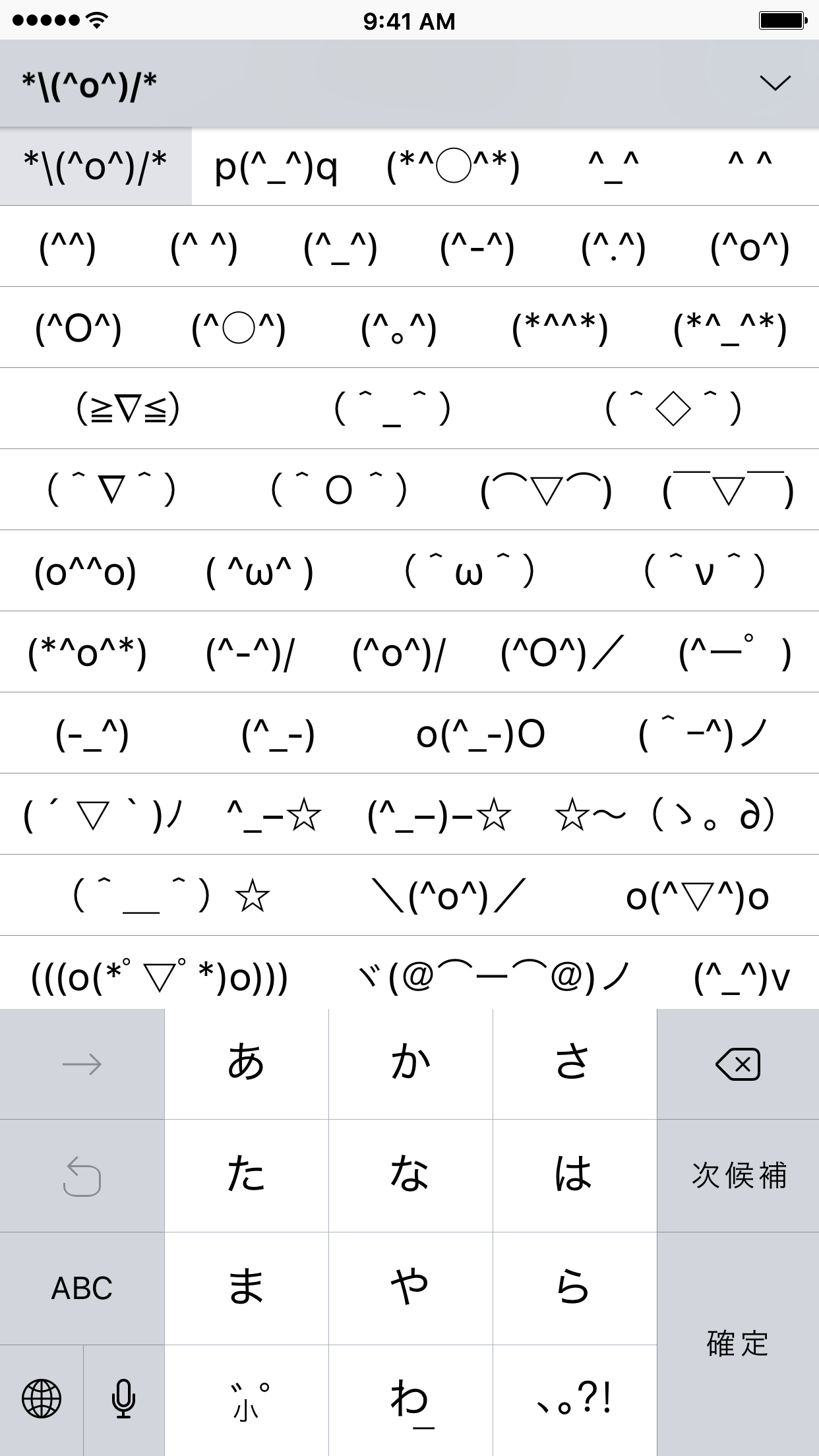 Hidden within iOS’ Japanese keyboard are a slew of little-known ASCII faces that have been prebuilt by Apple. These fun and quirky faces are great for sending a friendly face to a friend or spouse via iMessage or another form of text-based communication to express how you’re feeling at a moment in time, and you don’t have to speak Japanese to use them.

In this tutorial, we’ll be showing you how you can access them so you can start spicing up your conversations.

Enabling the Japanese keyboard in iOS

Since the ASCII faces are only available in the Japanese keyboard, you’ll have to enable it from your iOS device’s keyboard settings. It’s not difficult to do; just follow these steps:

1) Launch the Settings app and navigate to General > Keyboard > Keyboards. 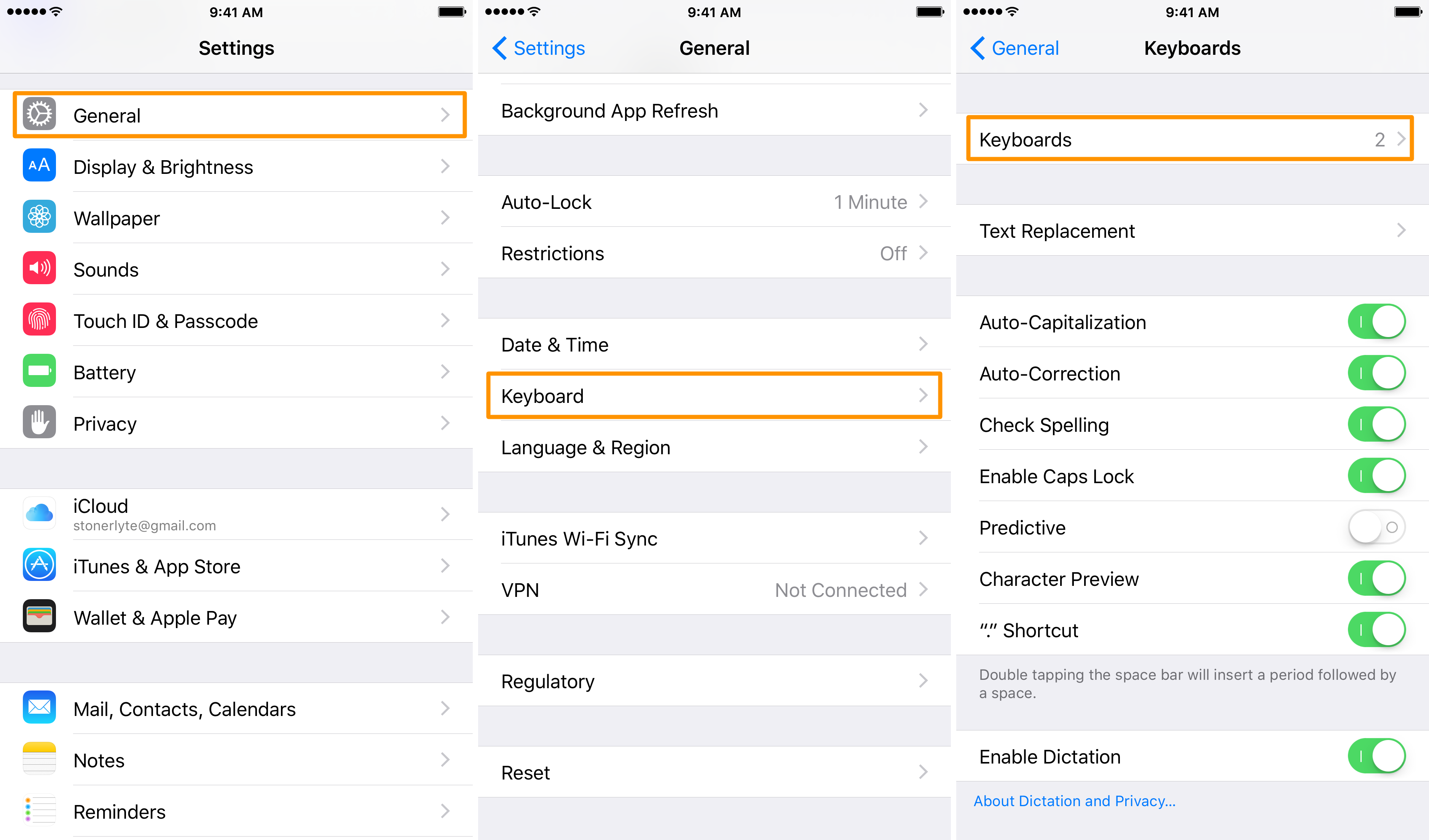 2) From the Keyboards preferences pane, tap on the “Add New Keyboard…” cell. 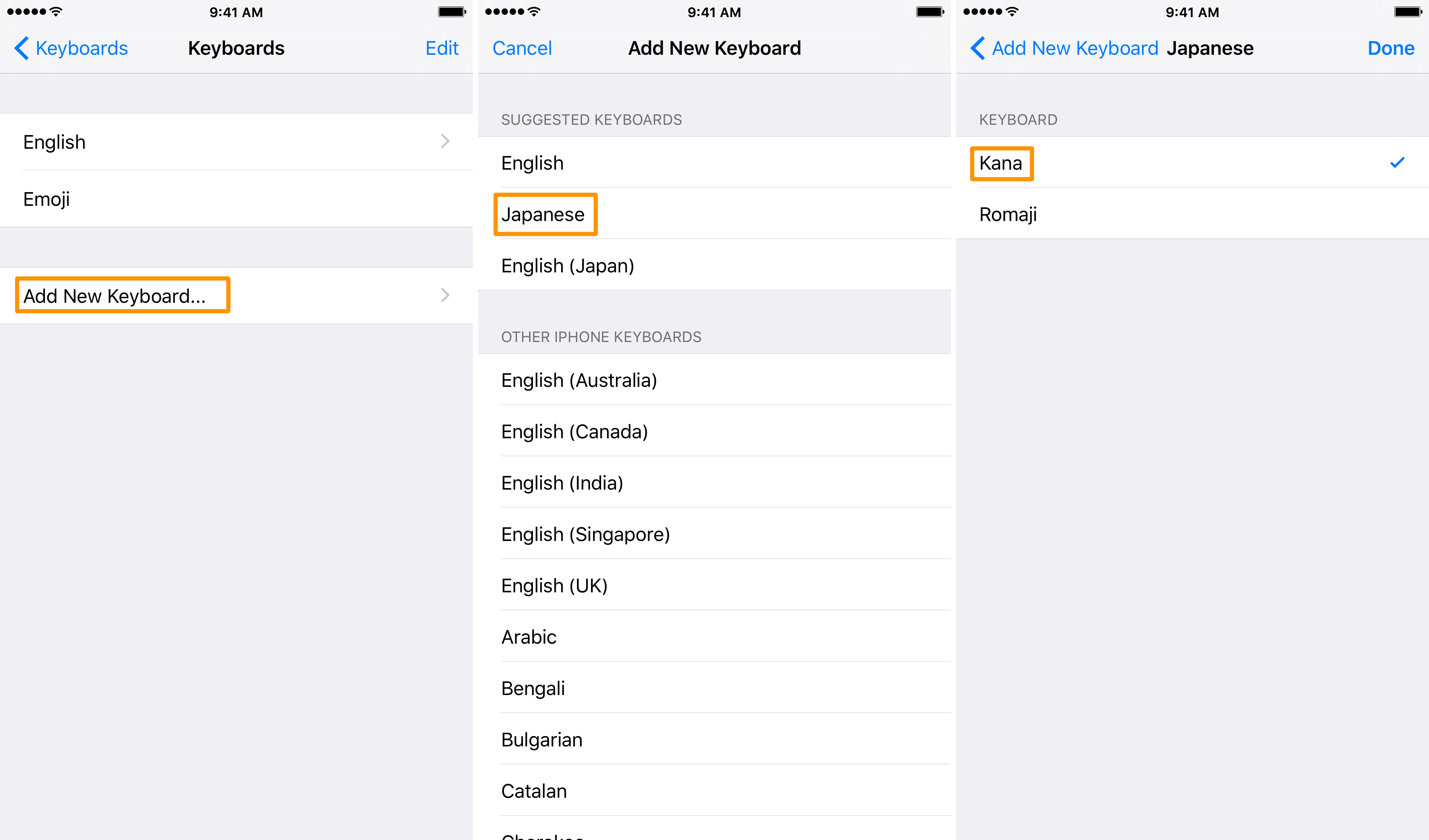 3) Choose “Japanese” from the list of languages and choose “Kana” from the next list, then tap on the blue “Done” button.

4) The Japanese keyboard should now appear in your enabled keyboards list. 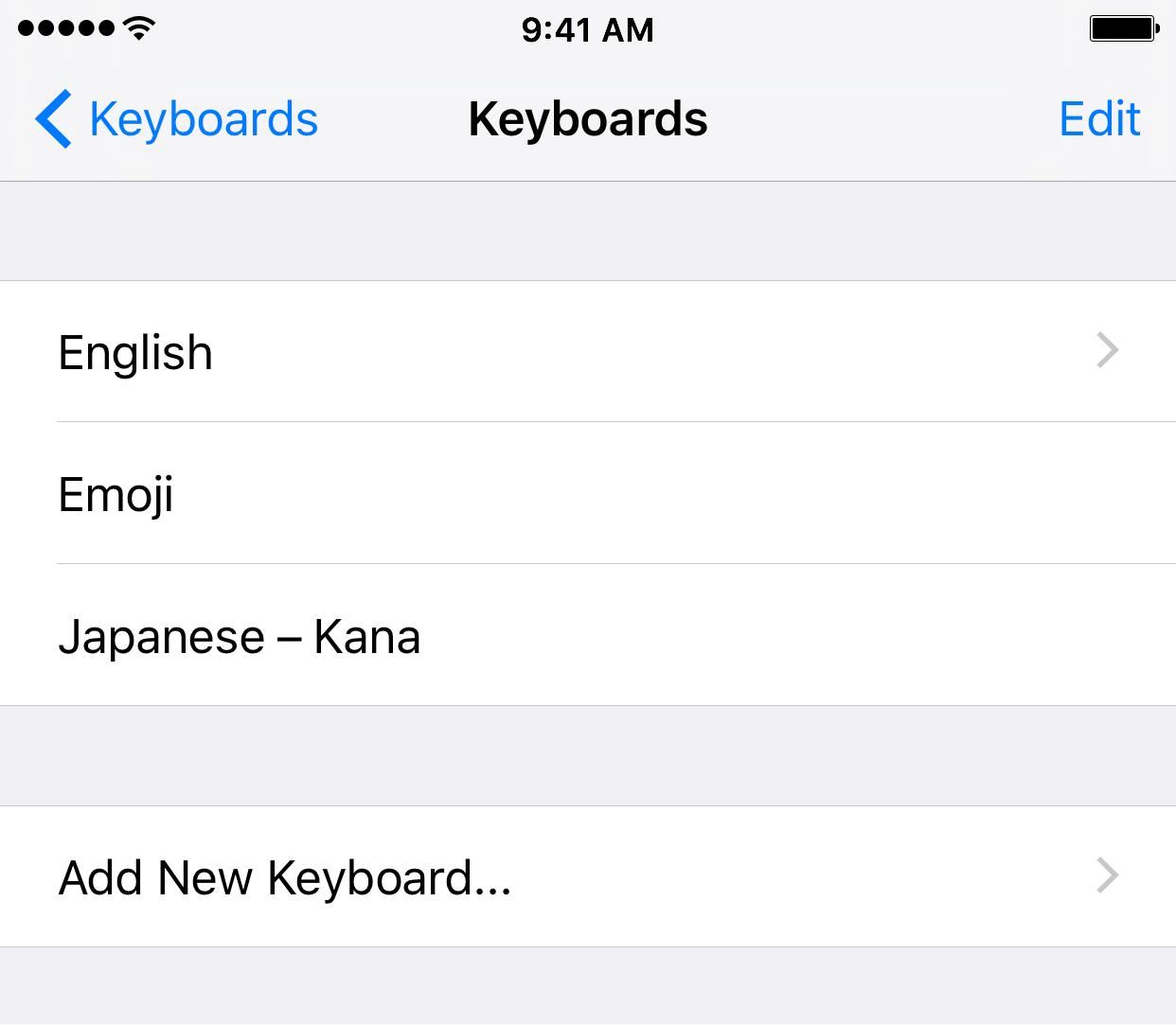 Congratulations, you’ve just enabled the Japanese keyboard required to access the ASCII faces from your iOS keyboard. Now, it’s time to try it out.

Accessing the ASCII faces from the iOS keyboard

Once you’ve followed the steps above to enable the Japanese keyboard on your iOS device(s), you can open an app that supports typing, such as the Messages app, and open the keyboard to get started.

Once you do, you can tap and hold on the Globe key to see all your available enabled keyboards, and you can select the Japanese one you just enabled. Afterwards, look at the bottom of the keyboard and tap on the key that looks like a face “^_^” and this will display the ASCII faces selector, as shown below. 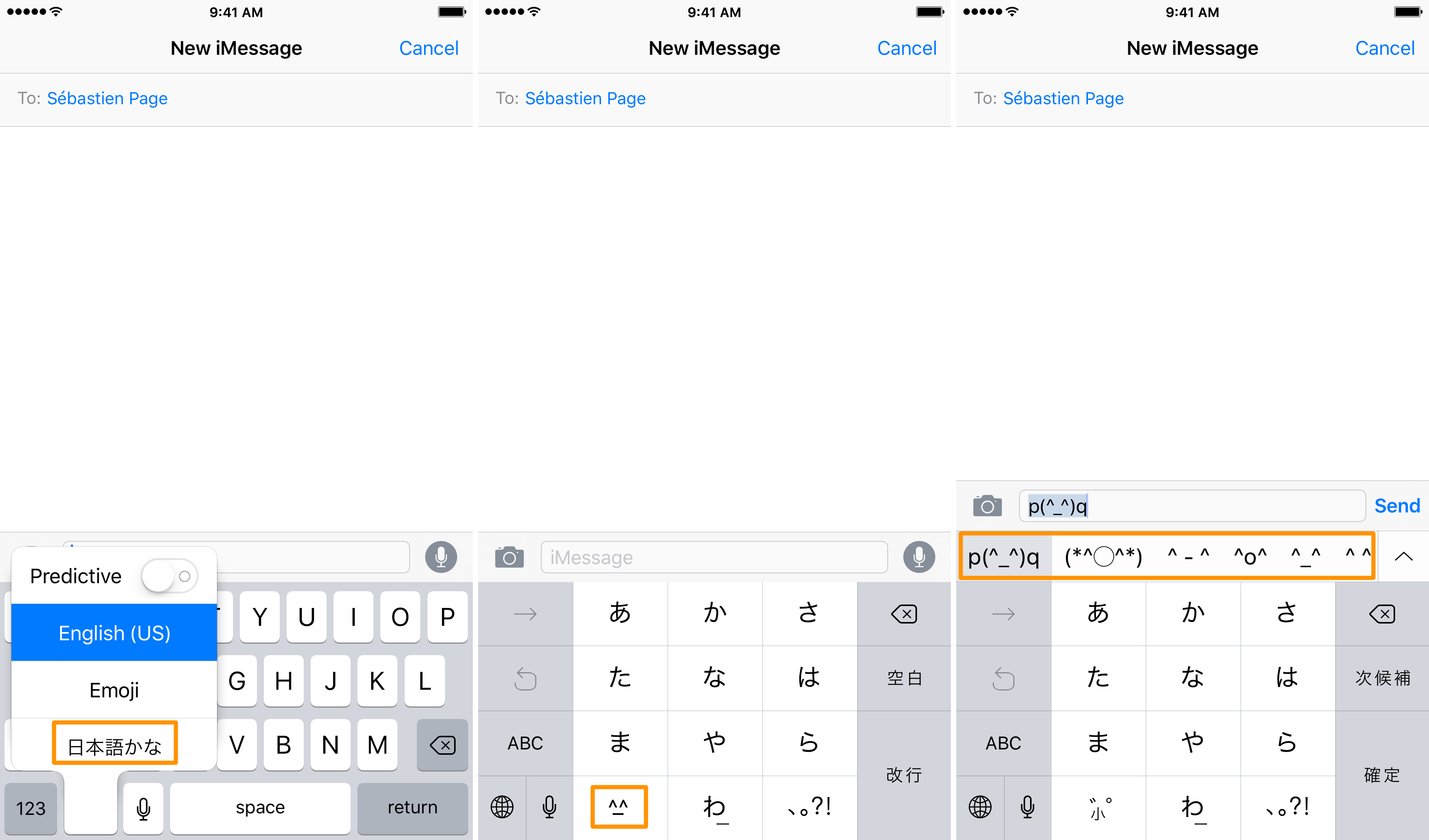 You can swipe left and right from the selector to scroll through the available faces. It’s also worth noting that you can tap on the up arrow button just to the right of the face selector to make it full screen, which will make it easier to see all the ASCII faces iOS has to offer.

Now when you see a face you like, just give it a tap like you would any other Emoji on your keyboard, and it’ll get entered into the text field. This will save a bunch of time for those of you who create ASCII faces regularly and have always wanted a faster way to access special characters. With the ASCII faces already pre-built for you, they’re just one tap away instead of several.

These ASCII faces will work in any app that supports keyboard switching. Since it’s a stock iOS keyboard, even apps that don’t support third-party keyboards should be supported. This works great for apps like Messages, Facebook Messenger, WhatsApp, and several other chatting apps where sending faces are common.

These kinds of facial expressions won’t be for everyone, but it’s surprising to see that Apple offers these ASCII faces in the stock iOS keyboard system. In any case, it makes accessing a way to express your feelings that much easier, and it’s super easy for anyone to enable. The best part is, no jailbreak or third-party software is required to use this feature.

If you enjoyed this tutorial, or want to know how something else in iOS is done, let us know in the comments below.