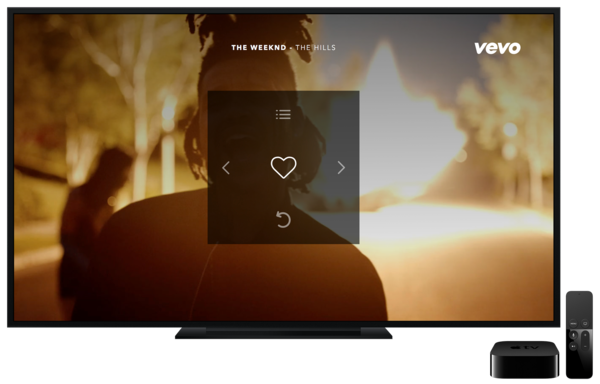 Vevo today began shipping a refreshed Apple TV app. Redesigned from top to bottom, it provides access to more than 150,000 music videos in high-definition and exclusive original programming. The revamped software upgrades the experience for users over the old app in many respects.

According to CEO Erik Huggers, Vevo wants to become the MTV for the digital age. “We continue to invest in what we believe is the premium platform for music videos and related original content,” he said in a media release.

Some of the headline new features in the new Vevo app include autoplay, improved catalog navigation, the ability to edit favorites and playlists and more.

Signed-in users can now enjoy playlist and Favorites synchronization between Vevo’s mobile, desktop and tvOS apps. If you add an artist to your playlist on your iPhone, for example, the changes will sync and appear on your Apple TV, and vice versa.

You can help the app personalize its ‘Spotlight’ recommendations by selecting your favorite artists. “Once you register and share some info on yourself, the app gets a lot smarter,” says Vevo.

Users can also heart songs and find that particular music video by browsing Vevo’s catalog by genre on the big screen. You can also search for individual artists and acts and set the app to play an endless playlist generated based on your tastes. 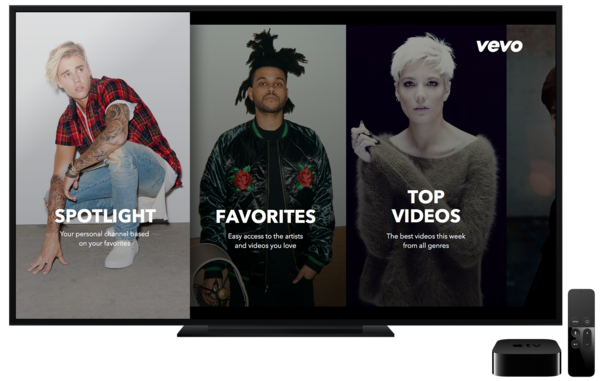 Google owns a stake in Vevo and the two companies have a deal which lets Vevo put its videos on YouTube in exchange for a cut of the advertising revenue.

The new Vevo app requires a fourth-generation Apple TV and is available at no charge in the tvOS App Store. To download the refreshed software, search for “Vevo” in the App Store on your Apple TV.