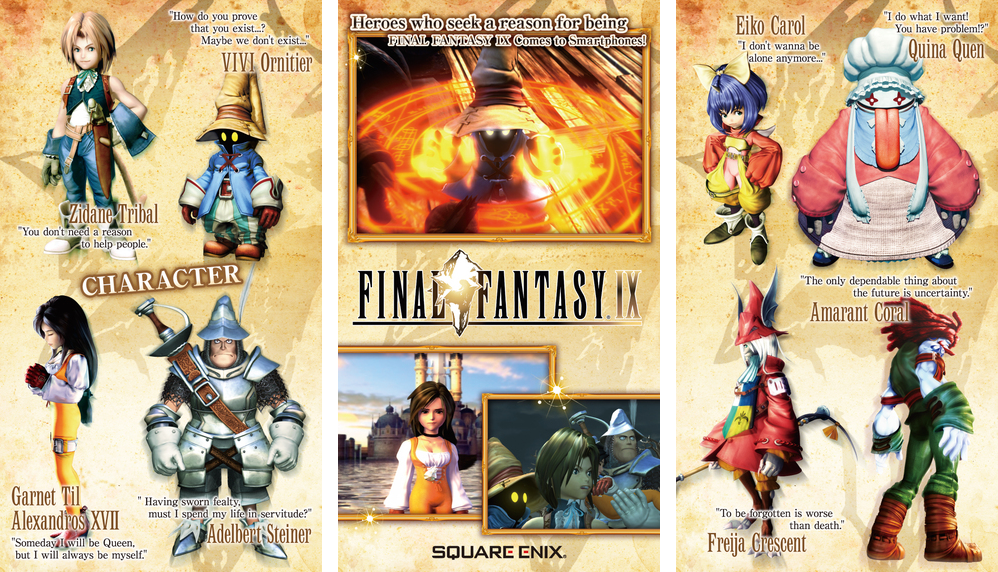 In a surprise launch this morning, publisher Square Enix unleashed Final Fantasy IX upon the iPhone, iPod touch and iPad. This classic role-playing game, which originally released for Sony’s PlayStation console back in 2000, is now available in the App Store with a special 20 percent launch sale for $16.99.

Designed to let players relive the adventures of Zidane and his crew in the palm of their hands, Final Fantasy IX brings Game Center achievements, autosave, crisp graphics with high-def movies and character models, seven game boosters like high-speed and no-encounter modes and other perks.

As mentioned, the story follows a talented young thief named Zidane Tribal, who joins with others to defeat Queen Brahne of Alexandria, the one responsible for starting the great war. Like with the original game, new abilities can be learned by equipping items. 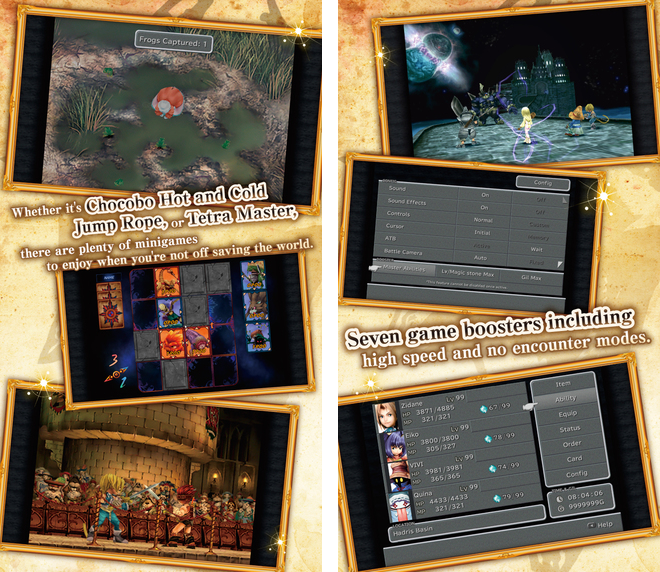 “When fully mastered, these abilities can be used even without equipping items, allowing for nearly endless customization options,” says Square.

Like in the original game, you can combine two items together to make a better, stronger item. Watch the official trailer for the game below.

Your characters, when fully charged, will enter Trance mode which gives them new skills. Of course, the title packs in a bunch of Square’s trademark mini games (Chocobo Hot and Cold, Jump Rope, Tetra Master and so forth) that award you with special items.

The game sold five million copies since its 2000 debut on the PlayStation. The mobile edition of Final Fantasy IX is free of In-App Purchases.

The app is localized in English, French, German, Italian and Spanish and the download comes in at a whopping 2.01 gigabytes. However, the app takes up around four gigabytes of storage and about eight gigabytes of free space to install.