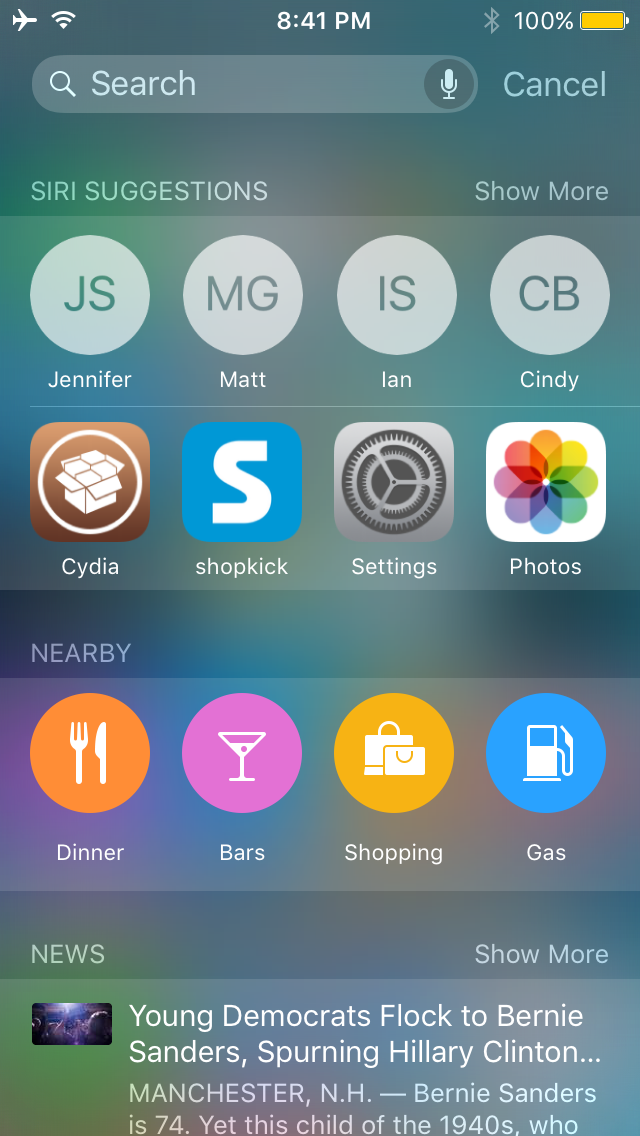 Starting in iOS 9, Apple introduced Siri Suggestions in the updated Spotlight interface, which is accessed to the left of the first Home screen page.

A new jailbreak tweak called NearbyNews is now available in Cydia’s BigBoss repository for $0.99 that will let you bring these features to the original Spotlight interface in iOS 9.

What are Siri Suggestions?

Siri Suggestions are the parts of the new Spotlight interface, just under the search bar, that show you suggested contacts, suggested apps, shortcuts to nearby places, and even trending news topics.

You can tap on any of the items shown to interact with them – tapping on a contact lets you call or message the contact, tapping on an app launches the app, tapping on a nearby shortcut shows you anything related to the shortcut close to you, and tapping on any trending news topics lets you read all about it.

How to add Siri Suggestions to the original Spotlight 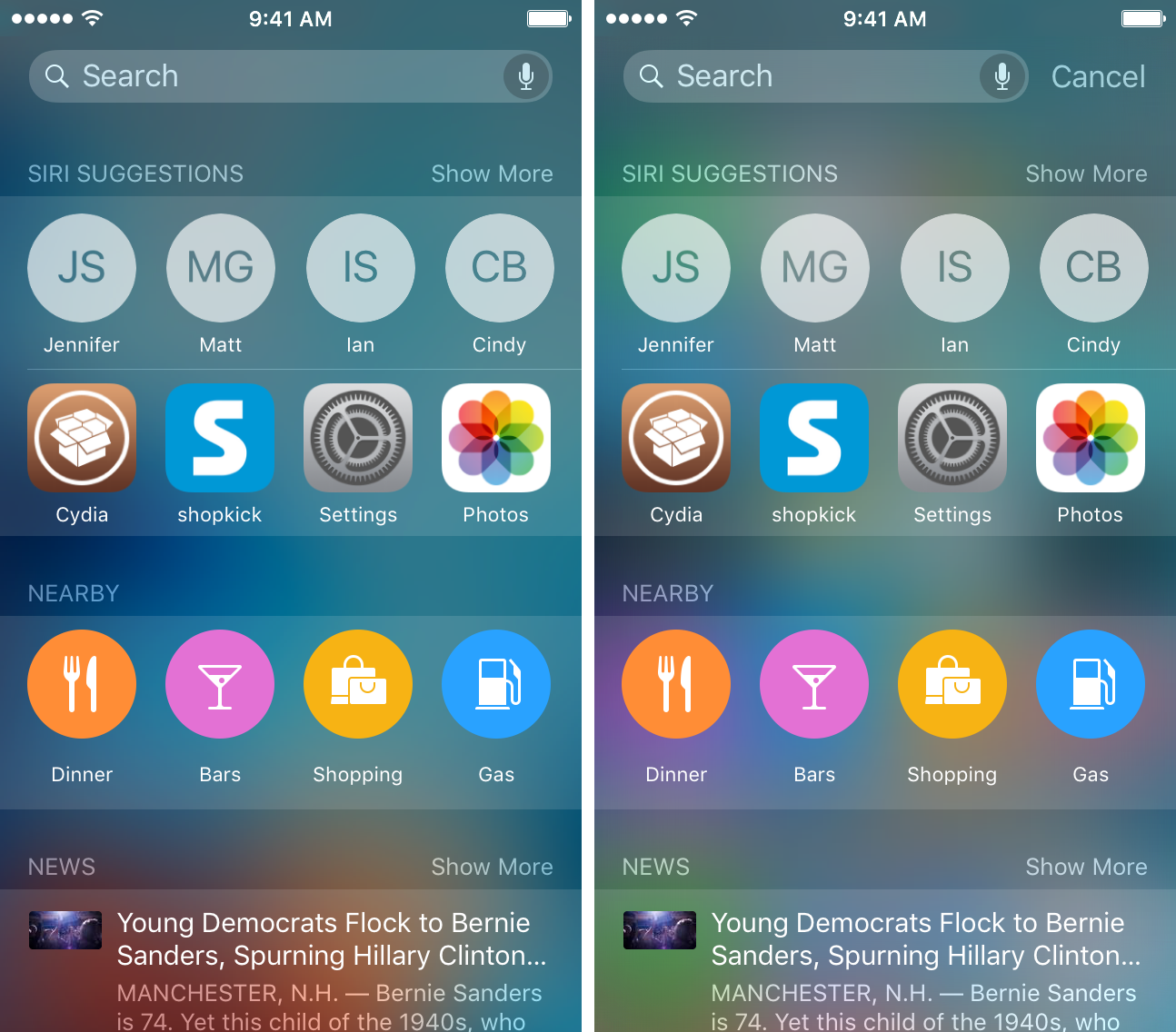 As a result of the new features being added to the pull-down Spotlight interface, you can no longer tap anywhere to dismiss Spotlight, because doing so would be interacting with something in the interface, so you have to tap on the “Cancel” button at the top right of the screen, or press the Home button to close Spotlight now that the tweak is installed.

The idea of making the Spotlight experience uniform throughout iOS isn’t new – it’s an idea that’s crossed my mind since the start, and surely many others, but this tweak officially makes that thought a reality, so long as you have a jailbroken device.

One thing that I can say will be a deterrent right off the bat is that this tweak costs the user $0.99 to download, and for the price you’re paying for the tweak, it seems to lack any user configuration or major functionality that iOS doesn’t already offer (just in different places).

For anyone interested in learning about how the tweak works, the developer did a great thing and made the tweak open source on Github for beginner coders to learn inspiration.

What are your thoughts on NearbyNews? Share in the comments below.