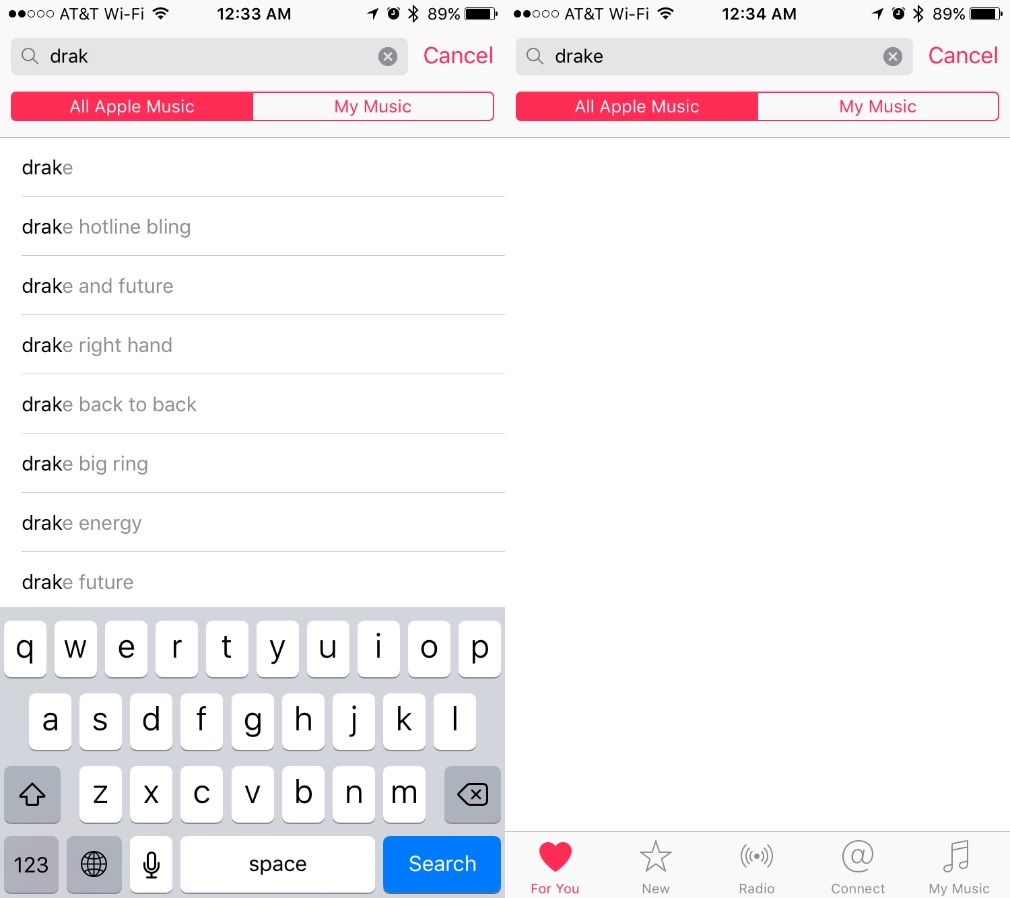 Some Apple Music subscribers are experiencing issues with the music search feature this morning, as first noted by MacRumors. The issue appears to exhibit itself when searching for new music in the Music app on the iPhone, iPod touch and iPad devices. At post time, the iCloud status webpage did not indicate there was a problem with Apple Music but Apple is usually slow to report problems with online services on that page.

“Many users are reporting that typing a search query into the Apple Music search bar fails to return results, while others are receiving results but seeing a blank screen when tapping the track or artist name for further information,” MacRumors said.

Rebooting the device apparently doesn’t solve this hiccup, nor does force-quitting the Music app. The issue is affecting people around the world and has been reported on Twitter and in Apple Support Communities discussions.

Desktop iTunes users are not affected at this time. We have reached out to Apple for comment and will report if we hear back from them.

My devices are not affected, but that doesn’t mean the problem doesn’t exist—with multiple online services and data centers which host them scattered around the world, it’s not unusual to see these kinds of problems localized to a subset of Apple’s user base.

Does Apple Music search work for you? Sound off in the comment section.