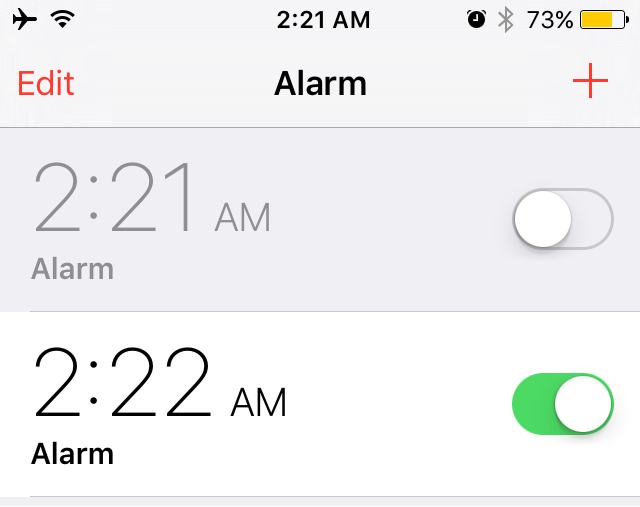 Spotify users: if you’ve ever wanted to use your favorite song on Spotify as an alarm for when you wake up in the morning, and you happen to have a jailbroken device, then you’re in luck!

With SpotAlarm, a new jailbreak tweak available free of cost in Cydia’s BigBoss repository, you can set any one song from Spotify to play when your alarm goes off in the morning – or whenever else you may want to have an alarm go off.

If you’re a Spotify user, then you aren’t going to be able to set music to play when your alarms go off. Instead, you have to use music from your Music Library in the Music app itself. Since Spotify users don’t typically use the Music app, this can be a problem for anyone wanting this functionality.

Fortunately, SpotAlarm solves this problem by giving Spotify users the ability to choose a song from the Spotify app that they wish to have play when an alarm goes off on the iOS device.

Related: How to set a song as your alarm sound on your iPhone

How to use it

SpotAlarm adds a preferences pane to the Settings app where you can enable or disable the tweak on demand, as well as paste in the link to the Spotify song that you want to play when any of your alarms go off: 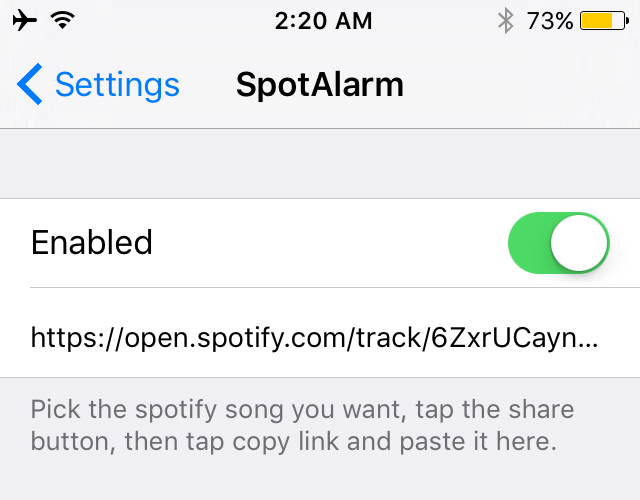 So now that you know you need to paste in a Spotify song link, you’re probably wondering how you get that, and it’s easy; here are the steps:

Step 1: Launch the Spotify app and find a song you want to use for alarms, then tap on it to play it and open the “Now Playing” interface.

Step 2: Tap on the ellipsis button “…” to reveal a menu full of options. 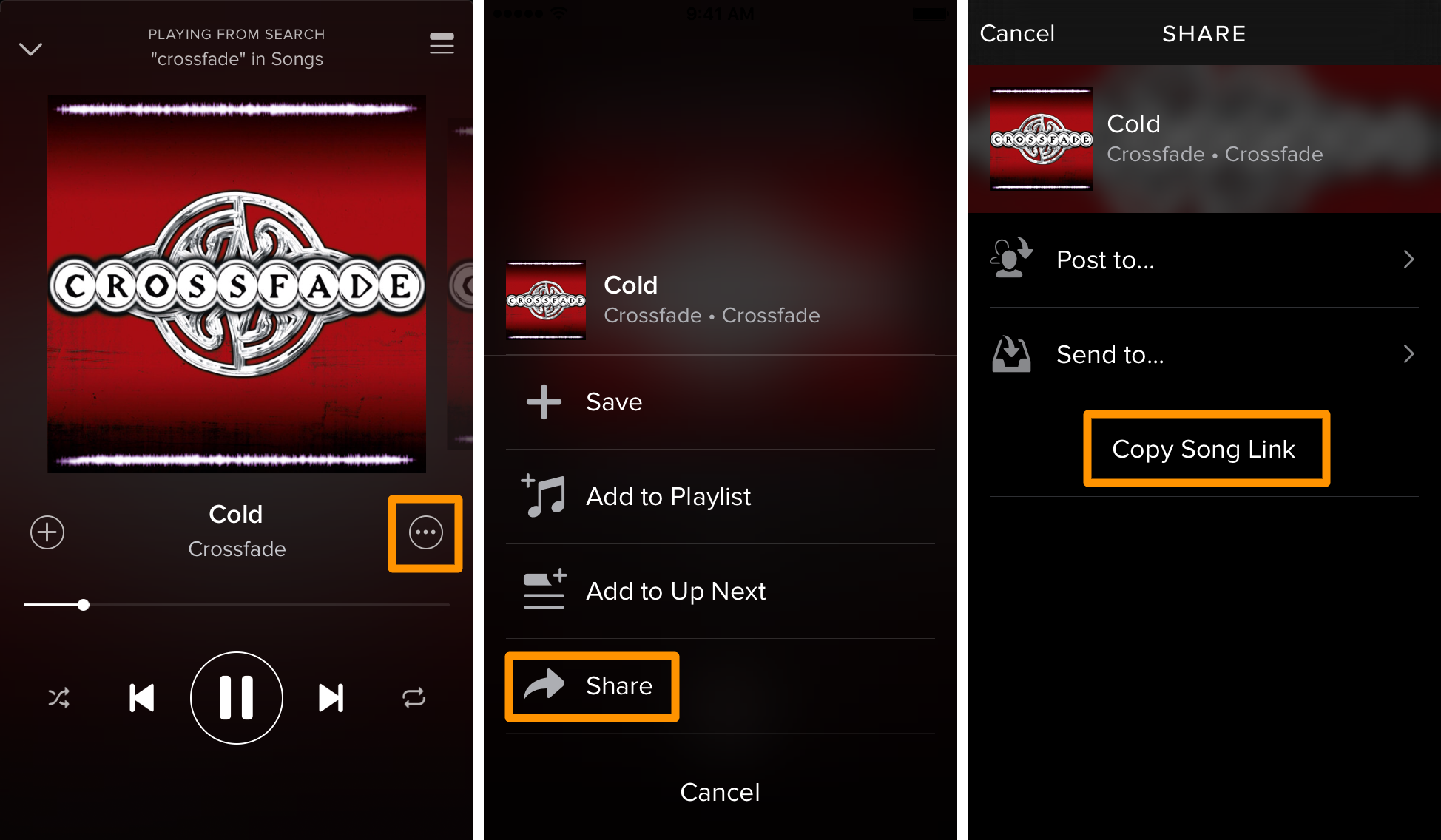 Step 4: In the new menu that appears, tap on the “Copy Song Link” button to add the link to the song to your clipboard.

Step 5: Go back to the Settings app and open the SpotAlarm preferences pane, then paste the URL to the Spotify song into the text field.

SpotAlarm requires using a device that isn’t passcode or Touch ID protected in order for the song to be played while the device is locked, which is a major caveat. This is because for the tweak to work, it has to be able to unlock your device and launch the Spotify app in the background, which also requires an internet connection because it has to search for the link you provided.

Additionally, you’re limited to one Spotify track. There is no way to mix things up with other Spotify songs unless you change the Spotify URL in the SpotAlarm preferences pane.

Finally, it’s worth noting that the basic iOS alarm sound is still going to play and you have to dismiss it so that you can hear the music playing. The music will continue playing even after you dismiss the alarm, which is great for anyone who wants to listen to their jam, but not necessarily for someone who wants instant quiet after the alarm goes off.

SpotAlarm, a free jailbreak tweak in Cydia’s BigBoss repository, fills a niche Spotify users have wanted for some time – the ability to play music from Spotify for an alarm that goes off in iOS.

Granted there are some shortcomings that will lure some potential users away, we do think SpotAlarm has room for improvement and that perhaps a few updates from now, it will drop a lot of the shortcomings. It’s something cool to try if you’re a Spotify user and you own a jailbroken device, and since it’s free, you don’t have to worry if the shortcomings are too much for you.

What aspect of SpotAlarm would you like to see improved the most? Share in the comments below.