Google’s mobile Chrome browser was updated this morning in the App Store and the new release promises a whopping 70 percent fewer crashes along with a few other goodies, such as Spotlight Search integration.

Google said that the dramatically reduced crash rate is due to Chrome’s adoption of WKWebView, a rendering engine from Apple which was first introduced with the release of iOS 8 back in 2014.

In addition, this release of Chrome for the iPhone, iPod touch and iPad should be faster overall, with JavaScript execution now “dramatically faster.”

Replacing the old UIWebView with Apple’s new WKWebView API, which allows third-party browsers to achieve the performance equivalent to Safari, has resulted in “dramatic improvements in stability, speed, responsiveness and web compatibility,” according to Google.

“Out-of-process rendering was one of Chrome’s earliest innovations, and we’ve always wanted to bring its benefits to our iOS users,” Google said. 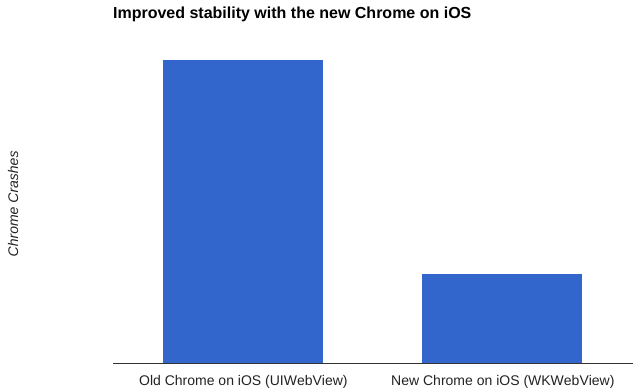 “Unfortunately UIWebView, the component used to render web pages on iOS, is in-process, so that’s never been possible before. The introduction of WKWebView in iOS 8 gave us that opportunity, though migrating to the new framework brought significant challenges.” 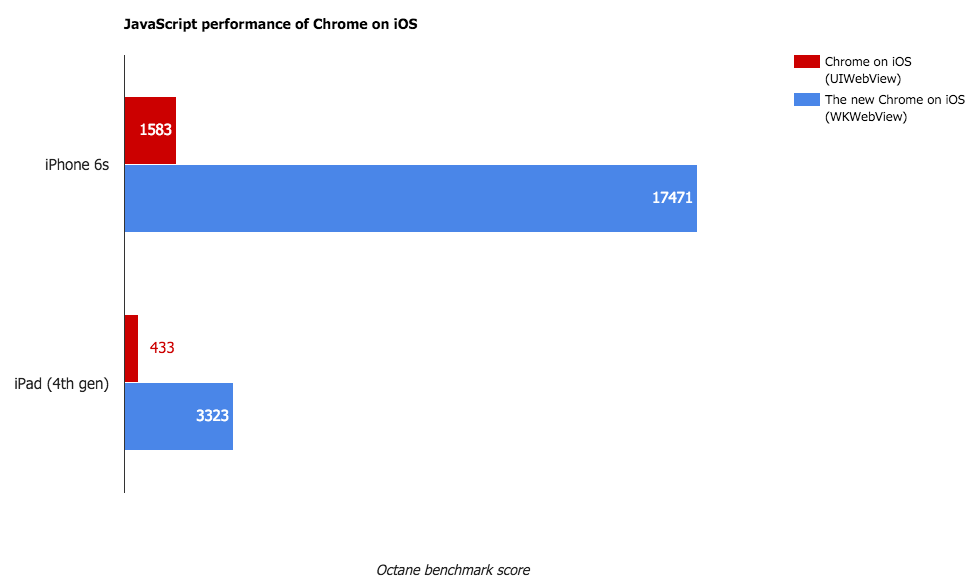 As the Octane benchmark scores attest (shown above), switching to background tabs will now cause pages to reload 25 percent less often and JavaScript performance is an order of magnitude faster.

Chrome 48 should also delight iOS users with smoother scrolling, improved responsiveness and enhanced web compatibility with support for features like IndexedDB and more. 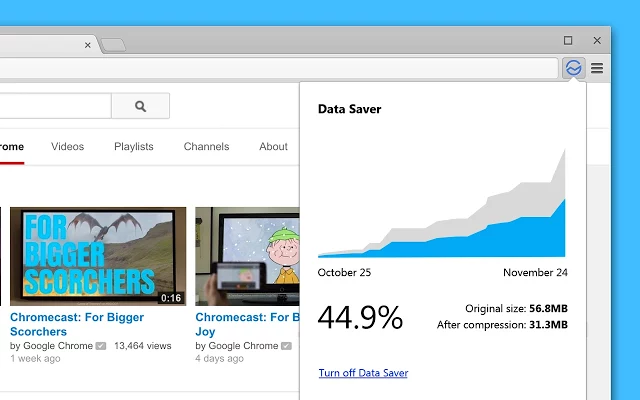 Lastly, Google’s Data Saver extension for the desktop is now out of beta and can be found in the Chrome Web Store.

Here’s everything Google updated and improved in this release of Chrome for iOS, which carries a build number of 48.0.2564.87.

Chrome requires an iPhone, iPod touch or iPad with iOS 9.0 or later.

Grab Chrome for iOS at no charge in the App Store.