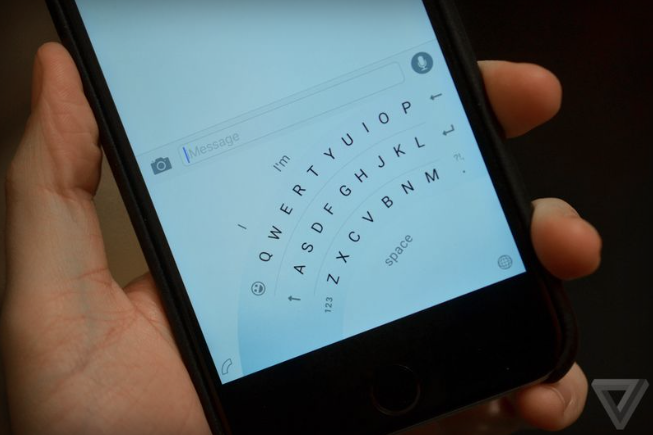 The Windows Phone keyboard Microsoft is bringing to iOS will feature a special one-handed mode, reports The Verge. Speaking with sources familiar with the company’s plans, the site says that an early version of the keyboard is currently in internal beta, and it will soon be available to public testers.

One of the more interesting things the beta has revealed thus far is that the iOS version of Microsoft’s Flow keyboard will feature a special one-handed mode. Yes, the Windows version also has a one-handed mode, but those who have tried the iPhone version say that there are a few noticeable differences.

While the Windows 10 Mobile keyboard also has a one-handed mode, Microsoft’s iOS version is different. The one-handed mode works on each side, allowing you to use either hand to swipe letters or type on the go. Microsoft’s Windows 10 Mobile keyboard simply shifts to the side to create a compact keyboard, instead of the fanned key layout used in the iOS version.

The Verge says Word Flow for iOS is otherwise very similar to its Windows sibling, meaning you’ll see features like word suggestions, emoji, and the ability to swipe letters (similar to Swype) to type out words. The keyboard should be available on iOS in the next few months, followed by an Android version.