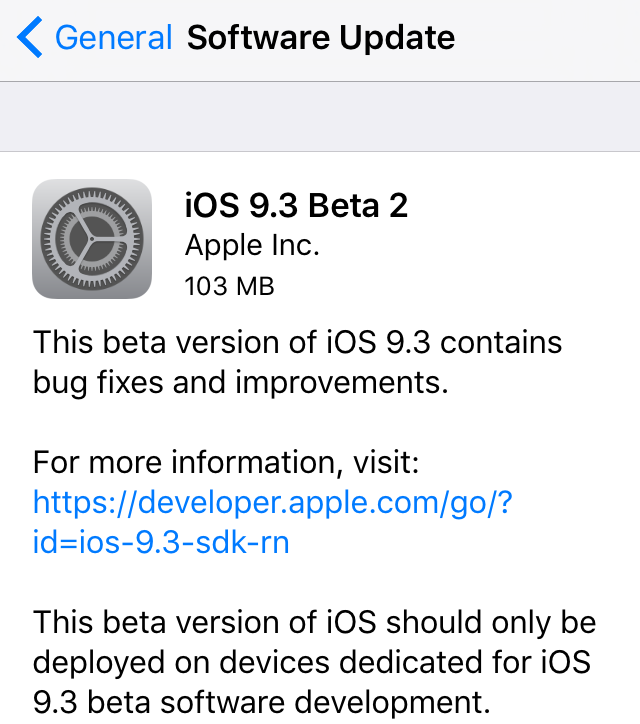 Apple on Monday seeded the second beta of iOS 9.3 to developers. The software is available to registered developers either over-the-air, for those running the latest iOS beta, or via Apple’s developer website. Today’s release comes two weeks after the original 9.3 beta, and more than a month after iOS 9.2 became publicly available.

If you recall, earlier this month Apple surprised developers and public testers with what turned out to be an enormous update in iOS 9.3. The new firmware, which is so significant that Apple created a dedicated page on its website for it, includes several new features such as Night Shift, secure Notes, new 3D Touch actions and more.

New in 9.3 beta 2 is the addition of a Night Shift toggle in Control Center. Now you can activate the feature, which changes the temperature of your device’s screen based on how light or dark your current environment is, by tapping on the icon in CC. You can simply toggle the mode on and off, or choose to have it stay on until the next day. 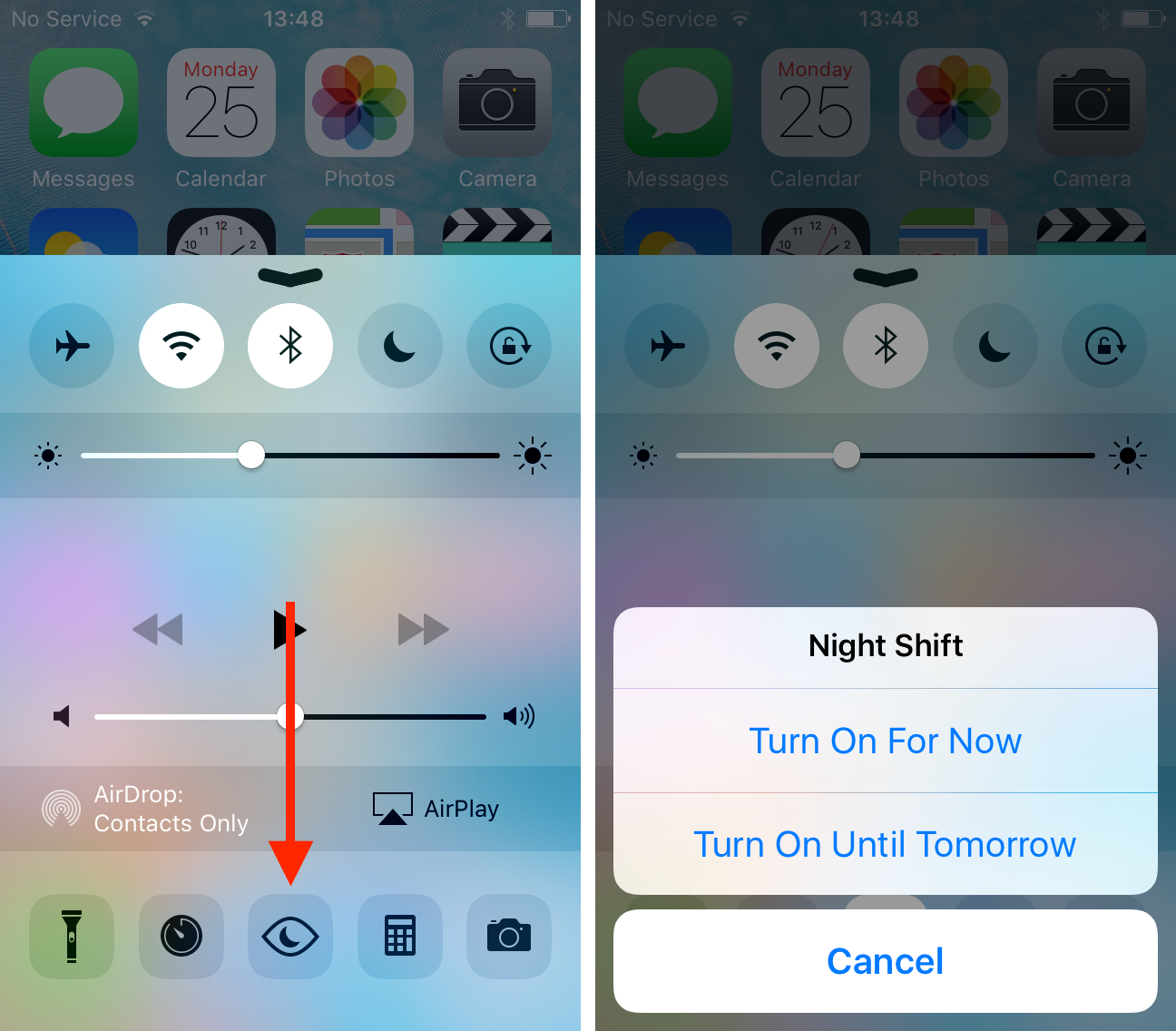 We will be sure to let you know if we spot any other major changes. If you see something noteworthy that we missed, let us know in the comments below or at tips@idownloadblog.com.