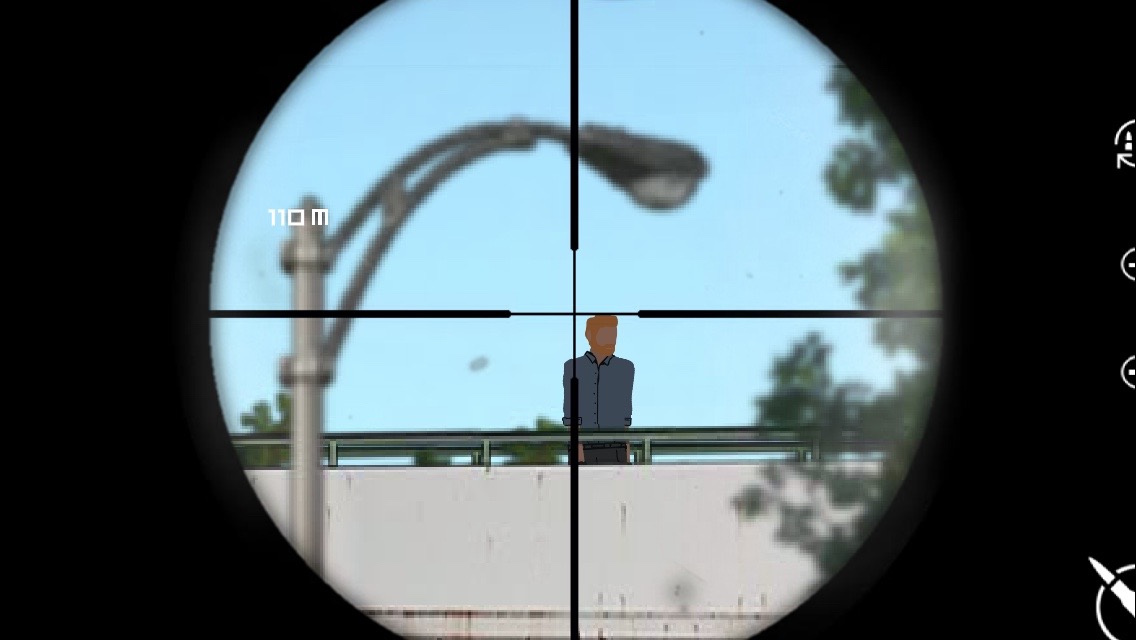 I love sniper games. One of my biggest complaints with first-person shooters like Call of Duty is that you rarely get the chance to simply hide in the bushes and shoot people at your leisure.

With LONEWOLF, it is all sniping and very little return fire. But, that doesn’t mean it isn’t an intense game with plenty of action. Check out my game review of LONEWOLF for more information.

An assassin with a secret

You are behind the sights of a masked gunman, trying to make a living as an assassin. With each mission, you’ll have to kill or maim some mark in order to prove your skills to the big boss. Unlike a lot of sniper games, this one has a pretty interesting story to back it up. As you complete missions, you’ll unlock the next clip in the story.

Is the masked assassin you control the heartless killer he seems, or is he hiding something from his new crew?

Players watch a short animation that explains what is going on, then are sent out on missions that test their skills at killing from afar.

When in sniper mode, you’ll see the view from inside your rifle’s scope. You can zoom in for a better view and slow down time to perfect your aim. The graphics are fairly realistic with lots of blood splatter. So, sensitive readers, beware.

When in story mode, you’ll follow along from one of the mob bosses’ henchmen’s point of view. See how the crew really feels about this mysterious, but talented killer and watch as he wins them over while remaining an enigma. 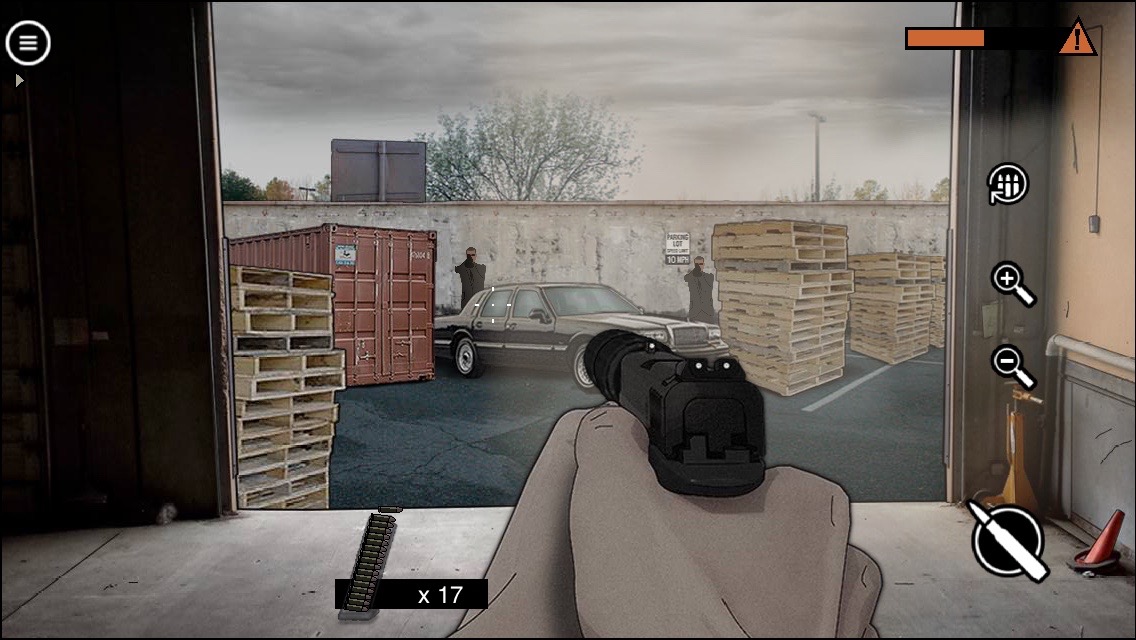 After watching the story unfold (it’s a little clunky at times, but a very interesting storyline), you will find yourself looking through the scope of a rifle at a man that doesn’t even suspect you are hiding 300 feet away.

In some missions, you’ll have all of the time you want to line up the perfect shot. But, you’ll notice that your breathing will affect your aim. You can zoom in for a closer view to ensure your headshot and hold down the trigger to slow down time.

When you are ready, tap the trigger to shoot. If you’ve aimed well, taking wind, recoil, and bullet drop into account, you’ll get a headshot and extra points. If you fail, you’ll alert everyone to your position and potentially compromise your mission.

In other missions, you don’t have the luxury of lining up your shot. You will be face to face with enemies that want you dead. These guys will shoot back. And, if you don’t pick them off fast, they will kill you.

As missions progress, you will be faced with more difficult situations, like being far away, or dealing with wind. To combat these environmental problems, upgrade your rifle, scope, and more with the money you make from previous kills.

The story mode plays out similar to a moving comic. Each scene shows a grayscale sketch illustration with word bubbles to relay communications. My lack of patients will oftentimes convince me that a game’s story is unimportant to the action, and technically this one is no different. However, I found the story to be interesting enough to keep me reading on. There is even a flashback.

If you don’t care about why Lone Wolf has joined the Assembly, or what RedFace has to do with the Bear Brothers, then you can skip the story and just do the killing. But, I recommend taking some time to read the plot.

This is a free-to-play game and has a couple of ways to entice you to open your wallet. For example, it runs on an energy bar style system. You will have to pay one bullet in order to play a mission. When you run out of bullets, you’ll have to wait five minutes for another one.

Additionally, some levels are very difficult (but not impossible) to complete without expensive upgrades to your rifle. You can earn credits in game, but a lot of upgrades may be too pricey without help.

The game is also advertisement supported with full-page pop ups and some 15-second videos that you have to watch before continuing.

You can eliminate all of these mechanisms and ads with one purchase of $1.99. Plus, you’ll get 25,000 credits to put toward upgrading your rifle. 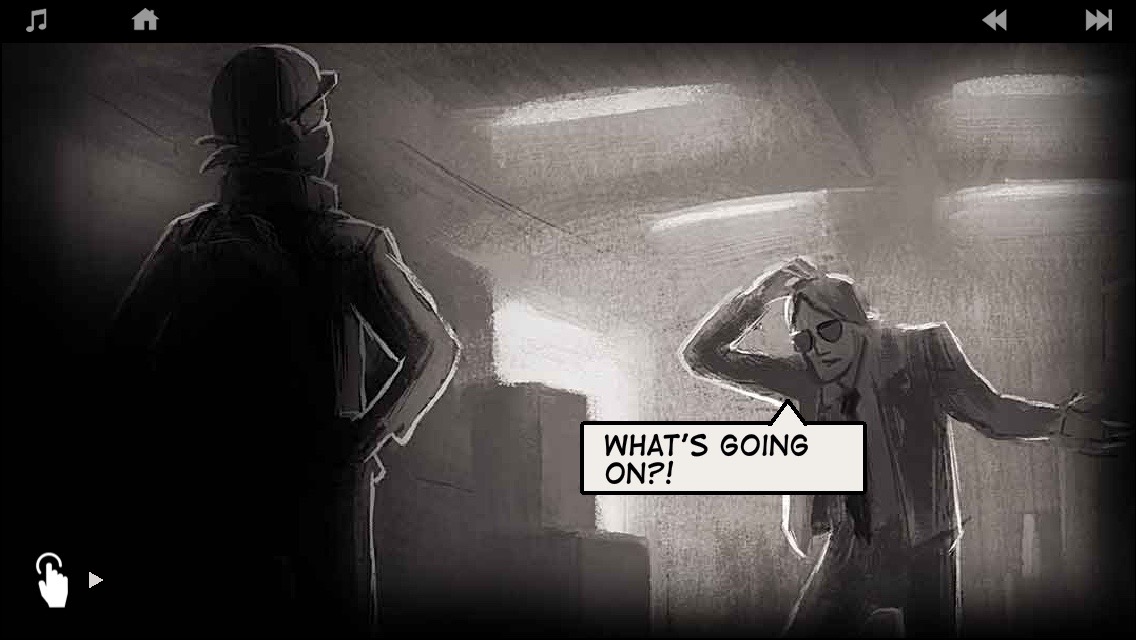 Although a free-to-play game, I found I could get pretty far without feeling like I needed to pay real money for anything. In addition to getting in-game credits for completing missions, you can raise a little extra just by watching advertisement videos.

I really liked the story mode. It adds a layer to the gameplay that makes you want to find out what happens next.

I first downloaded this game on my iPad and it felt awkward and clunky. After retrying on my iPhone, I had a much better experience. This is not a good game for the iPad.

You can download LONEWOLF for free and play all of the content without paying a dime. However, the advertisements are a bit intrusive and the $1.99 in-app purchase is worth it for the extra credits, which you can use to upgrade your gear and become a better shot.

If you like sniper games, definitely give this one a try. It is a lot of fun and keeps you interested the entire way through. I would have preferred that this game start off as a premium title. However, with a two-dollar upgrade, the gameplay is pure and fun. Download it in the App Store today.