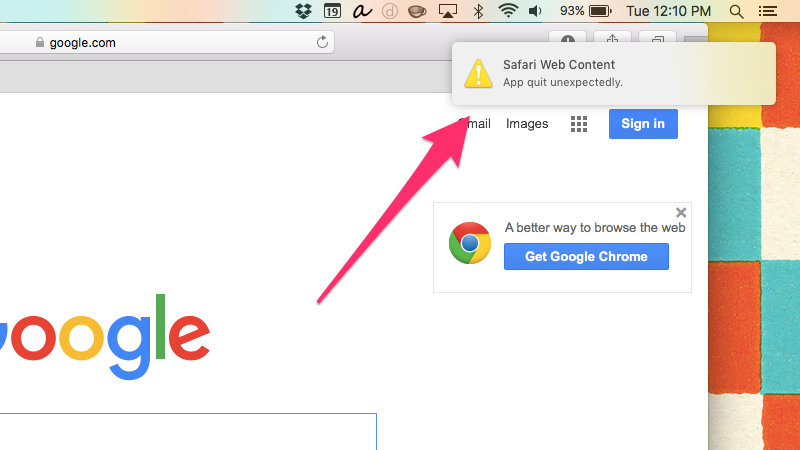 I don’t know about you, but I’m annoyed every time an app crashes on my Mac and the macOS Crash Reporter interrupts my work with a pop up warning in the middle of the screen. Wouldn’t it be great if those crash reports were displayed as banner notifications?

As explained by LifeHacker, a simple Terminal command will override the default system behavior and send those app crash reports straight to the macOS Notification Center, so they don’t interrupt your workflow.

In this tutorial you will learn about a Terminal command which will route crash reports through your Mac’s Notification Center rather than display them windowed in the middle of your screen.

How to send crash reports to your Mac Notification Center

Step 1: Launch Terminal on your Mac.

Step 2: To have crash reports from apps appear in the macOS Notification Center, paste the following command in the Terminal window and press Enter on the keyboard:

The command prompts the system’s Crash Reporter feature to send its output to the Notification Center rather than display it in its own window.

To revert to showing crash reports in pop-up windows, execute the following command in Terminal and restart your Mac.

If you find this trick useful, sound off in the comments below. And be sure to check out our tutorials section for additional how-tos.

Submit your how-to ideas at tips@iDownloadBlog.com.