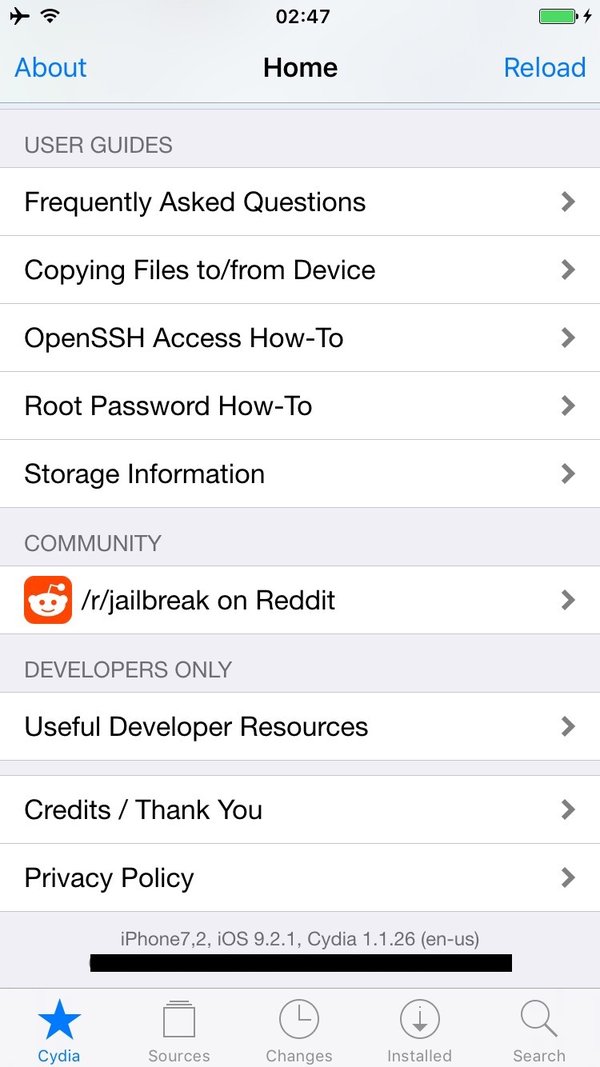 iOS 9.2.1 isn’t even out of beta yet, but a well-known iOS hacker is already flaunting a purported jailbreak for the unreleased software. Luca Todesco, better known as @qwertyoruiop, teased an iPhone 6 screenshot of Cydia running on iOS 9.2.1 beta.

Whether the jailbreak is legit is still up for debate, but he’s no slouch when it comes to security research involving iOS. In fact, Todesco was recently credited by Apple in one of its iOS security fix acknowledgements for iOS 9.2.

Will this jailbreak ever see the light of day as a public release?

At this point and time, the answer to that question seems to be no. Just take a look at the tweet Todesco sent out that accompanied the above screenshot:

Seems pretty cut and dry if you ask me. It looks like those of you wanting an iOS 9.2.1 jailbreak need to look for it to come from someone else.

What are your thoughts on the matter?