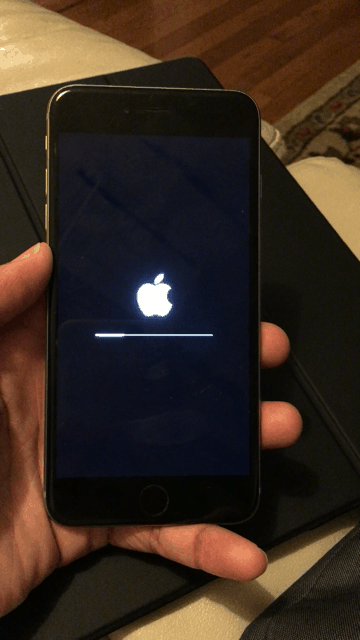 RespringProgress is a new jailbreak tweak from Ethan Arbuckle that places a progress bar on the respring screen. This is the same black screen where the white Apple logo resides after performing a respring post jailbreak tweak install, or after invoking respring-oriented jailbreak tweaks. Have a look at our GIF animation to see how it looks in action.

Once installed, RespringProgress begins working immediately. I should note that the tweak is iOS 9-only, so those jailbroken on older iOS versions need not apply. That said, it does work on jailbroken iPads running iOS 9 as well.

RespringProgress doesn’t really lend many advantages, as it’s more of a visual tweak than one that actually provides tangible benefits. That said, it is a nice addition to an otherwise boring respring screen. The tweak is also capable of displaying a status bar deep into the reboot process after loading the necessary daemons.

You can find RespringProgress on Cydia’s BigBoss repo for $0.99. What do you think about it?