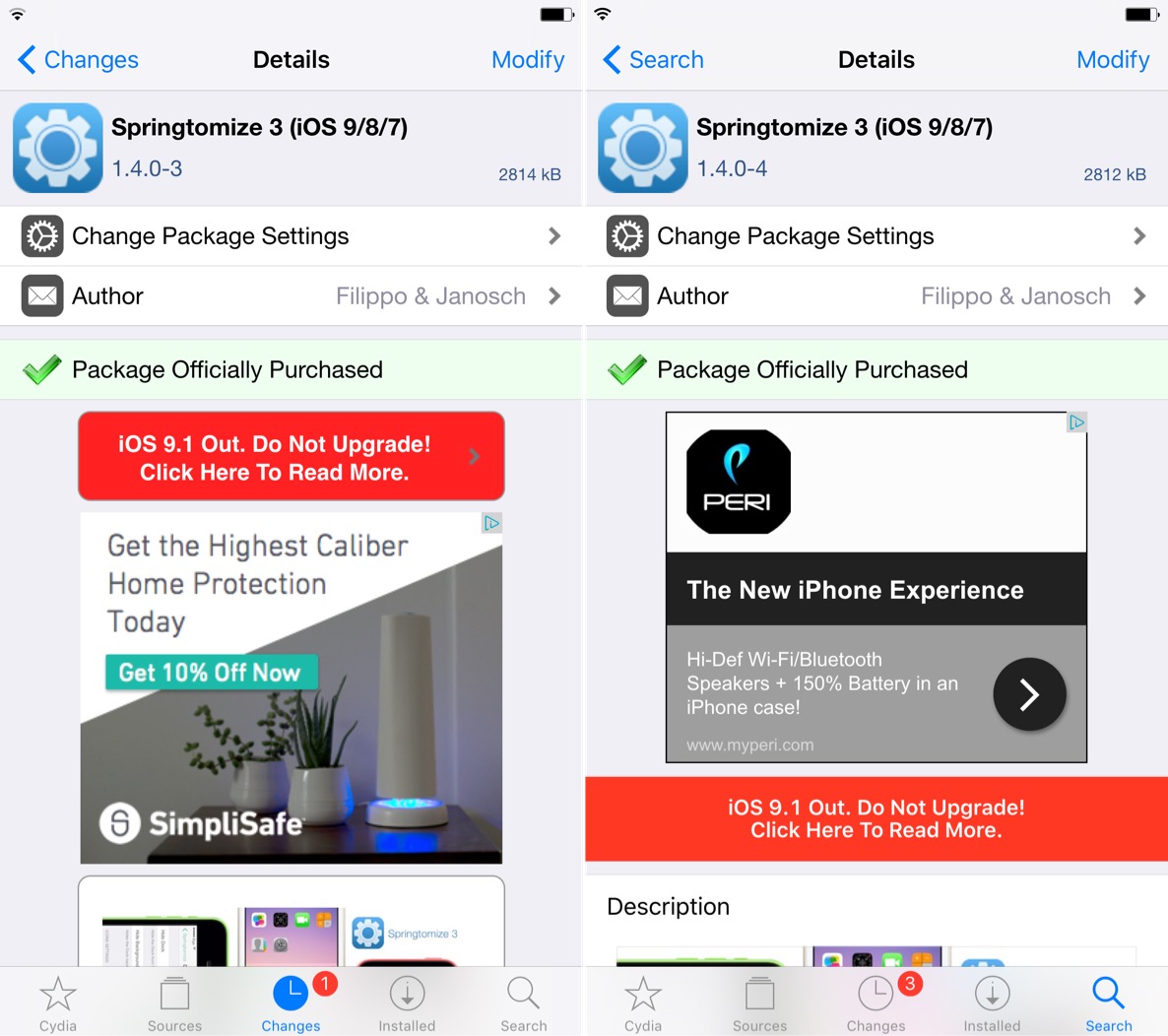 If you noticed something a bit different with Cydia when you opened it this morning, you’re not alone. Cydia itself didn’t change, but the repo that hosts the majority of the popular jailbreak tweaks did.

The BigBoss repo underwent a significant redesign, resulting in a cleaner look, and a more friendly interface. Of course, since this change is limited to the BigBoss repo, you won’t see any changes in packages hosted on other repos.

The above screenshot is a before and after comparison image of the repo changes. As you can see, the package description and other details now span the entire width of the screen, resulting in a more modern look.

The package images are also presented in a much more digestible format, as is the change log. Even ads seem to load faster with the new changes.

What do you think about the update to the BigBoss repo? Do you think it’s an improvement over the old design? Personally speaking, I think it looks great!