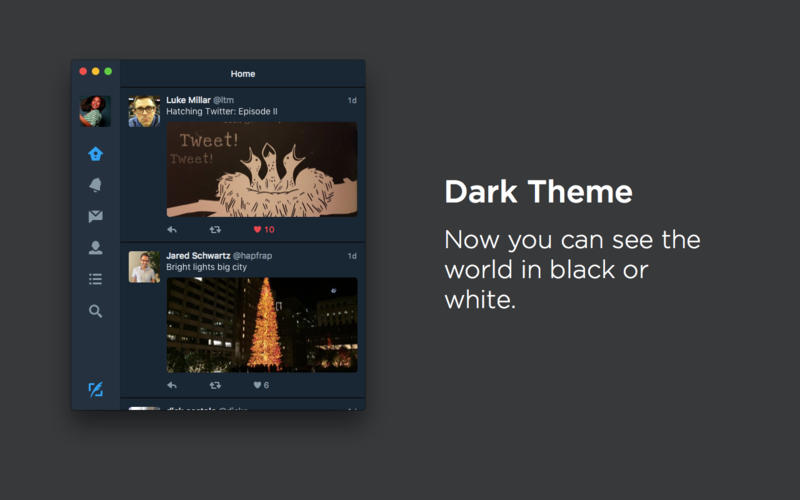 Twitter today at last issued a long-expected update to its free of charge OS X desktop client in the Mac App Store. The new Twitter 4.0 experience starts with a brand new dark theme for those who prefer the Finder’s optional dark appearance in OS X Yosemite and El Capitan.

Other enhancements in this edition of Twitter for Mac include the ability to mute accounts, use a new Today widget to see Twitter Highlights in the Notification Center, group chats with up to 50 people and support for Twitter’s new quotation format, animated GIFs and inline video playback.

“Twitter for Mac is getting the update you’ve been asking for. Now it looks and feels more like the Twitter you carry with you everyday,” teases the blurb.

Check out Twitter’s refined appearance below. 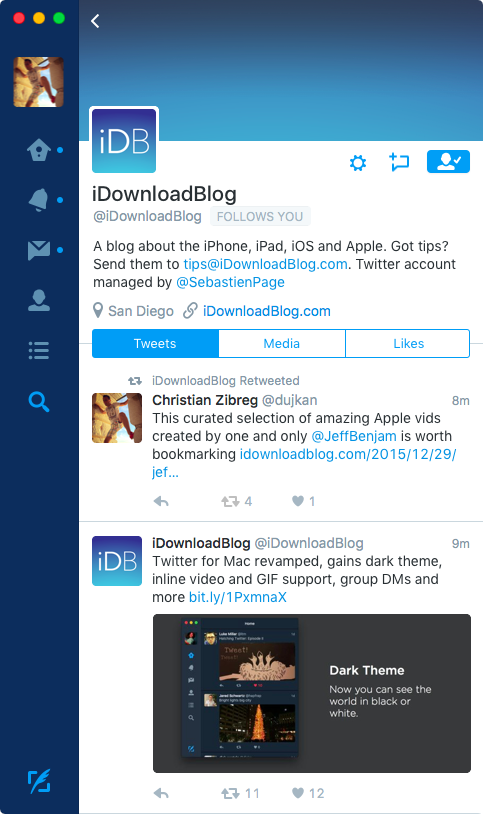 And this is what Twitter’s new dark theme looks like. 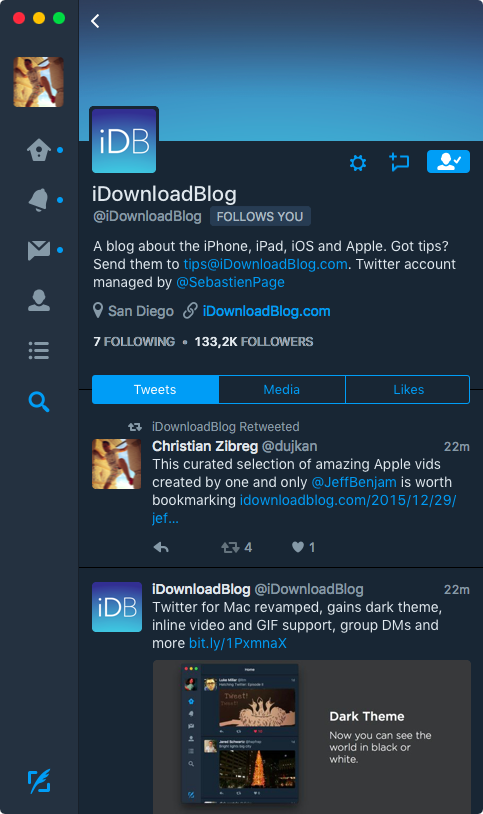 “We’ve built in some of the most-requested features so your Twitter for Mac experience combines what you love about Twitter with the elegance you expect on a Mac.” 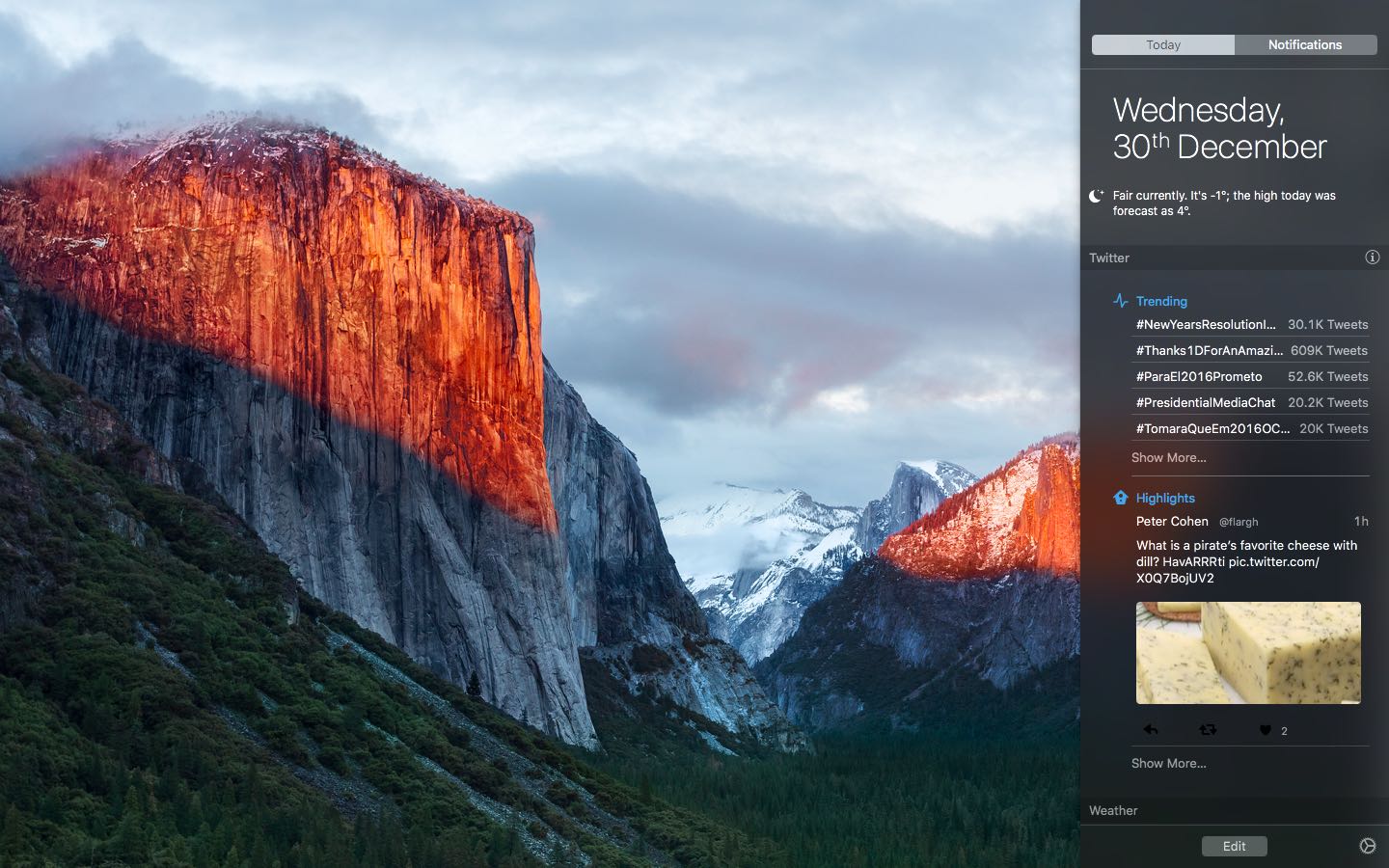 There’s also a brand new app icon for Twitter in this update, as seen on the before vs. after image embedded below.

Here’s everything that’s new in this update: