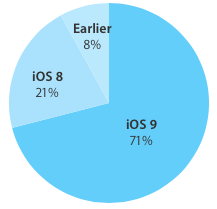 According to fresh new stats from Apple’s App Store dashboard for developers, iOS 9 is now powering 71 percent of iPhone, iPod touch and iPad devices in active use, a one-percentage point gain versus the 70 percent milestone recorded two weeks ago.

iOS 8 continues declining as a result, dropping from 22 percent two weeks ago to 21 percent of iOS hardware as of yesterday, indicating that much of iOS 9’s growth in the 14-day period came from users upgrading to iOS 8 and new iPhone buyers.

Earlier versions of iOS, meaning iOS 7 and older, continue to make up eight percent of active devices in the wild. A month ago, iOS 9 was detected on 67 percent of devices, indicating that adoption of Apple’s latest and greatest operating system may be slowing a bit ahead of the crucial holiday season.

According to Google’s own dashboard for Android developers, Android 6.0 Marshmallow was powering 0.5 percent of active Android smartphones and tablets in the wild, as captured in the Play Store access logs during a 7-day period ending on December 7, 2015. 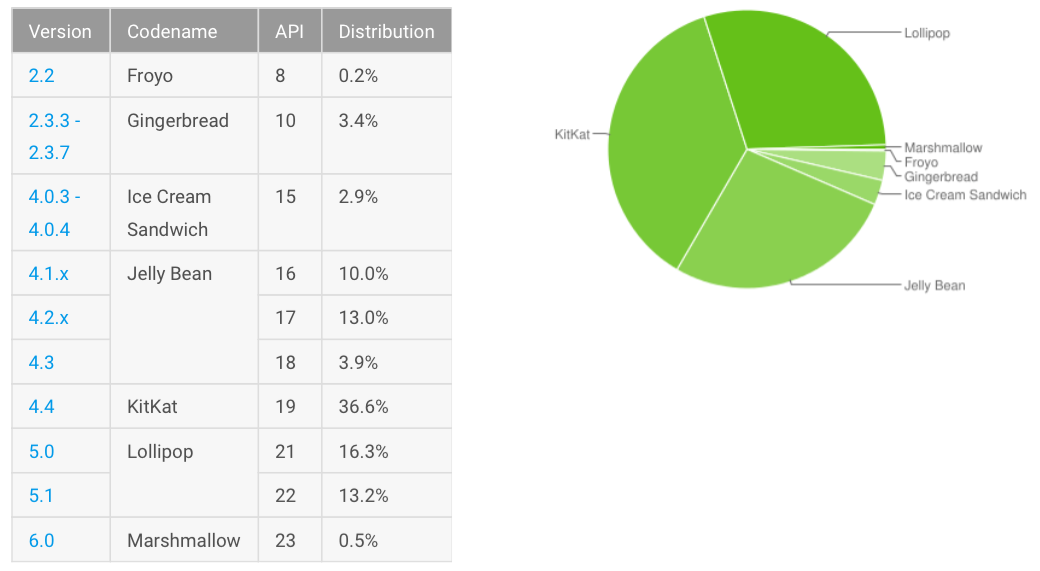 Android Marshmallow has been available for a little more than two months now. If you put together Android Marshmallow, Lollipop and KitKat editions, these three accounted for 66.6 percent of Android 2.2 and later hardware, excluding devices sold in China and elsewhere that don’t ship preloaded with Google’s services and Play Store.