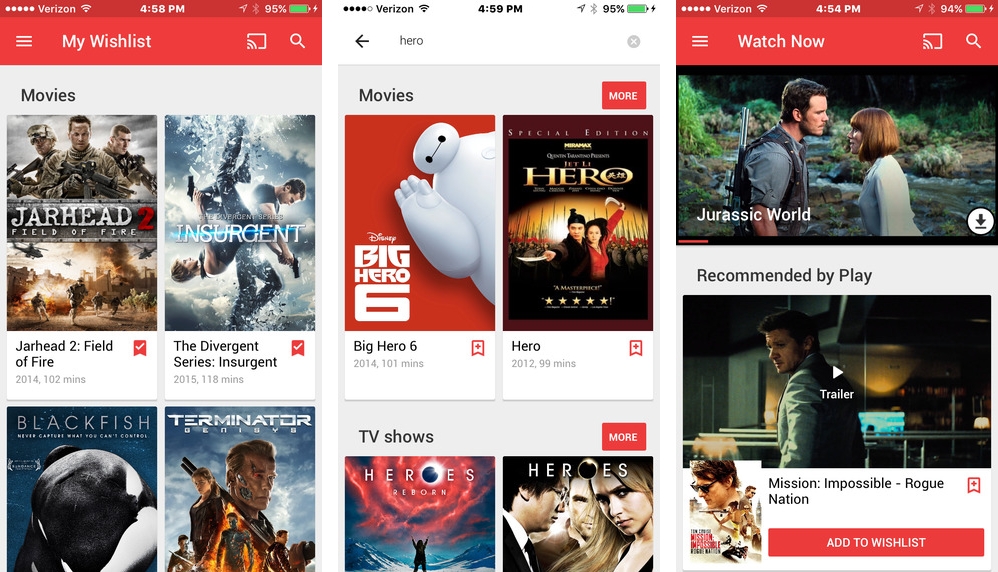 Just in time for the holiday season, Google has issued a major update to its official video streaming application in the App Store, Google Play Movies & TV, with several much-needed features and a fresh new design. For starters, you can now stream movies and TV shows rented or purchased on the Play store over your carrier’s cellular data network. Moreover, the app has gained the ability to stream video in high-definition.

And if you own a third-generation Apple TV or higher, you can stream your Google Play entertainment right to the big screen with official support for Apple’s AirPlay wireless media streaming technology.

In addition to these perks, the app’s been revamped from the ground up with a cleaner design, includes recommendations from the Play Store and supports content whitelisting. 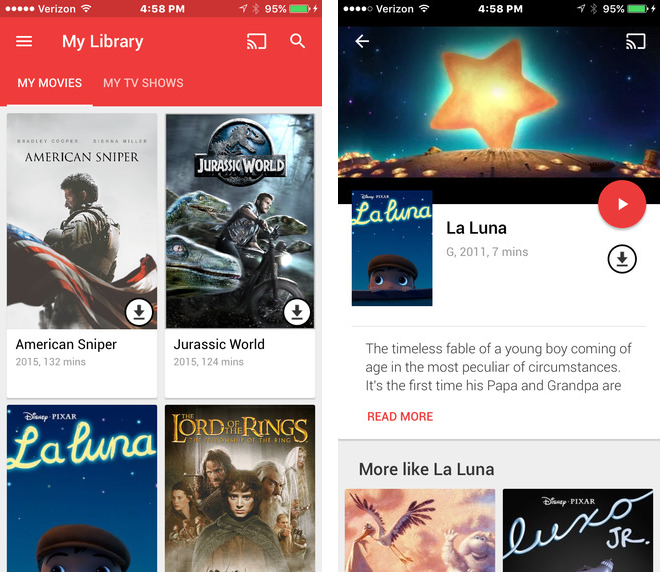 Here’s everything that’s new and enhanced in this update:

Just yesterday, Google updated its own Photos app in the App Store. The new version includes support for shared albums and lets you stream your photos to a TV through the company’s Chromecast HDMI dongle.

Google Play Movies & TV is a free download in the App Store.