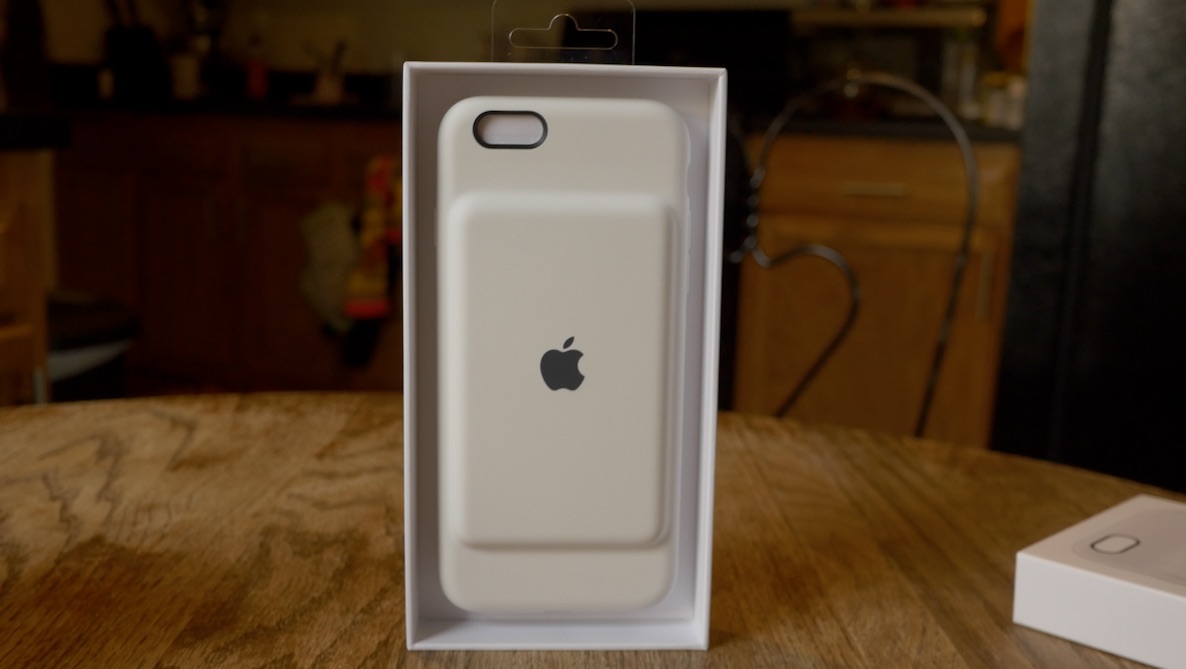 Tim Cook on Wednesday attended one of Apple’s Hour of Code events in New York, where he fielded questions regarding his company’s new iPhone battery case. Mashable’s Lance Ulanoff asked the CEO if he was excited about the new case, which many folks have started referring to as “the hump.”

“You know, I probably wouldn’t call it ‘the hump,'” he said, adding that Apple was well aware of the comments being made about the Smart Battery Case. He went on to talk about some of the advantages of it over competing products, such as how easy it is to attach and remove the case from your phone.

As you probably know from being a user of this now,” said Cook as he grabbed my iPhone 6, which was sporting the new case, “one of the real insights here is, have you ever used other cases and tried to get them on?”

Cook was pointing out the issue with cases, like those from Mophie, that are so rigid it takes considerable strength and patience to put them on and take them off.

“If you make this solid all the way across,” said Cook, indicating the spots where the Apple case’s embedded battery stops and you just have the soft fluoroelastomer casing, “in order to get it on, you’d find it very difficult to get it on and off.”

“So the guys had this great insight to put the bend in along with making it a smart case,” Cook explained.”

Cook wrapped up his comments by saying, “if you’re charging your phone every day, you probably don’t need this at all. But if you’re out hiking and you go on overnight trips… it’s kind of nice to have.”

For those who missed it earlier this week, Apple launched the $99 Smart Battery Case for the iPhone 6 and 6s Tuesday morning. The case is made of mostly silicon, and can increase talk time up to 25 hours. It also charges via Lightning cable, and can display its power level on the iPhone’s Lock Screen.

The case has been largely controversial within the tech community, with many claiming that it shows poor design taste and a lack of focus by Apple—some have even gone so far as to say the release is “concerning.” That said, our very own Jeff Benjamin went hands-on with the case, and he likes it.