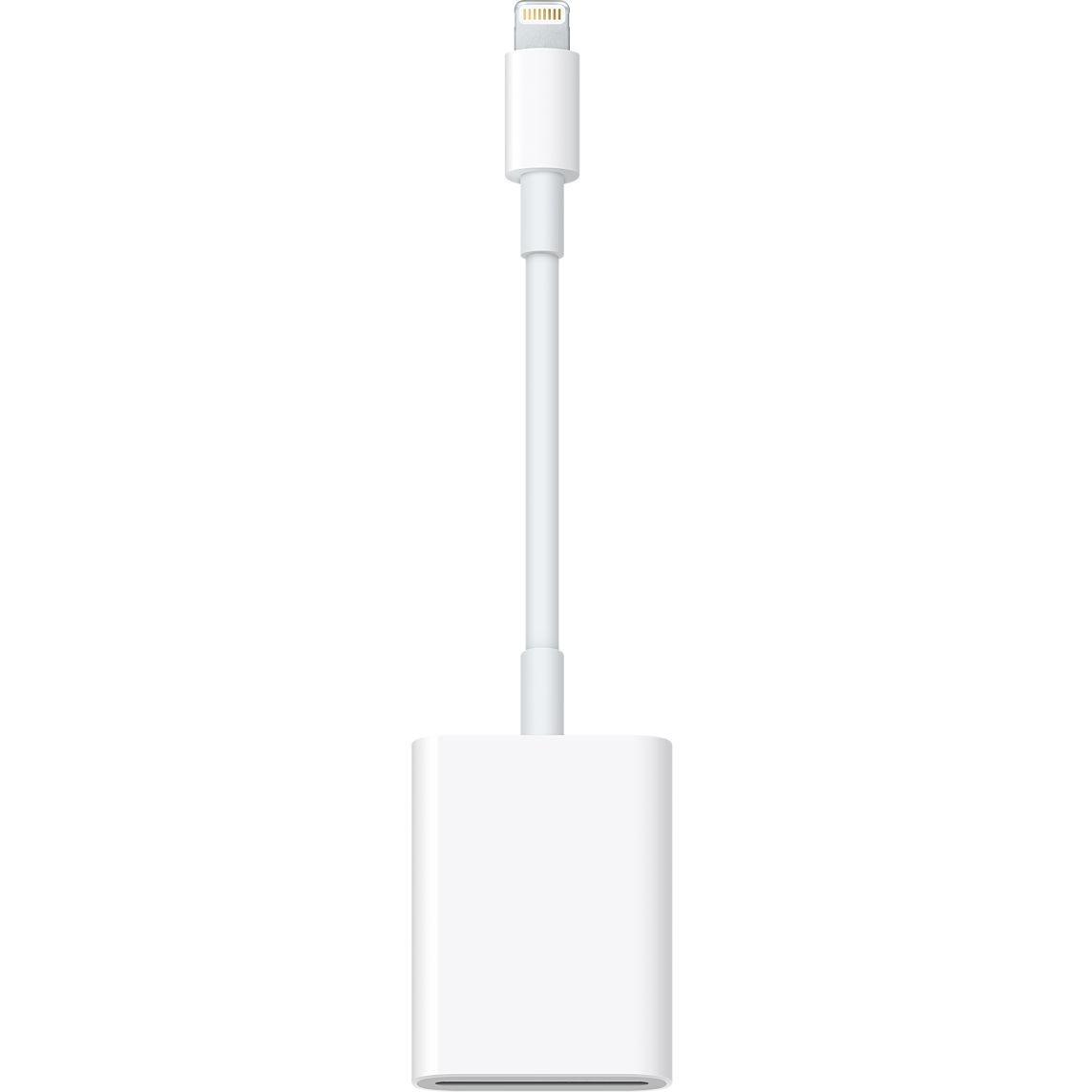 If you’re looking to quickly transfer photos and videos from your camera’s SD Card to the iPad Pro, then look no further than Apple’s own Lightning to SD Card Camera Reader ($29.00) to handle the job. Apple explicitly states on its store page that the peripheral supports USB 3.0 transfer speeds on the iPad Pro.

Interestingly, the same cannot be said for Apple’s Lightning to USB Camera Adapter, as that still only supports USB 2.0 transfer speeds. The Lightning to SD Card Camera Reader, which just launched and is available to ship in 3-5 business days from Apple’s online store, appears to be the only accessory to support USB 3.0 transfer speeds on the iPad Pro at this time.

Here is what Apple says on its Lightning to SD Card Camera Reader product page (emphasis, mine):

The existence of such a product is not surprising, as it’s been rumored for a while, and it’s been known since iFixIt’s teardown that the hardware was there to support USB 3.0 in the iPad Pro. Also, if you look inside the Lightning Port on the iPad Pro, you’ll notice pins on both sides of the port, a first for Lightning ports on any iOS device.

USB 3.0 is significantly faster than the USB 2.0, which has been used in all Lightning cables and adapters made until now. USB 2.0’s maximum theoretical speed is a paltry 60MB per second, while USB 3.0 maxes out at a much-faster 640MB per second. 4K videos are known for being extremely large. Just a few minutes of 4K video can easily exceed multiple gigabytes of data, which turns the task of transferring such files over USB 2.0 into a major workflow bottleneck.

One of my biggest hangups with the iPad Pro was how difficult it was to get large 4K video files from an SD Card to the device. With this release, a huge bottleneck is removed, and that should make photo and video editing workflows much easier to handle.