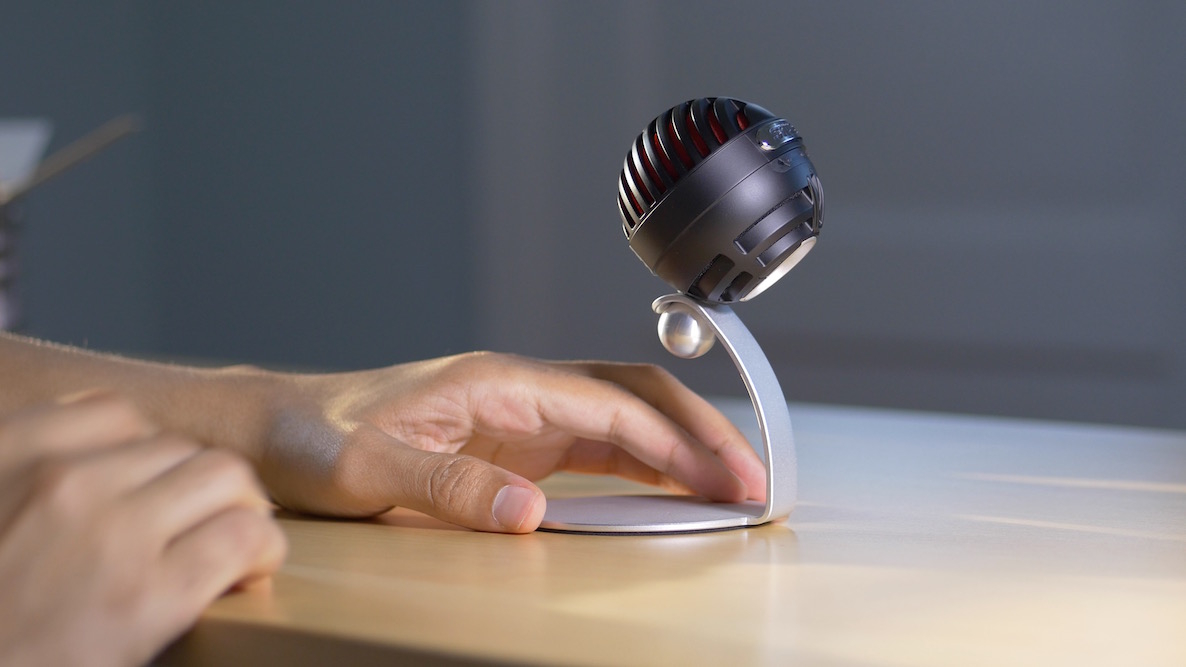 Since the iPad Pro debuted, I’ve been a little obsessed with trying to find the right microphone for recording on the go. I’ve tried a handful of microphones thus far in an effort to find a good balance of portability, ease of use, and sound quality.

The Blue Spark Digital is a very good microphone for general purpose use, but when it comes to portability and versatility, there are other microphones that I wish to check out.

The Shure MV5 ($99 on Amazon) is a super-portable digital condenser microphone with a low profile, lots of options, and sound quality that’s good enough. It’s a much smaller package and setup when compared with the Blue Spark Digital, and a good choice for podcasting, Skype calls, and more.

The Shure MV5 comes with a detachable stand that allows the head of the microphone to rest at different angles. You don’t get a wide variety of angles, and nowhere near the flexibility of the Blue microphone in this regard, but you do get a much sleeker package as a result. It’s also capable of connecting to other stands via the standard 1/4″ thread mount. 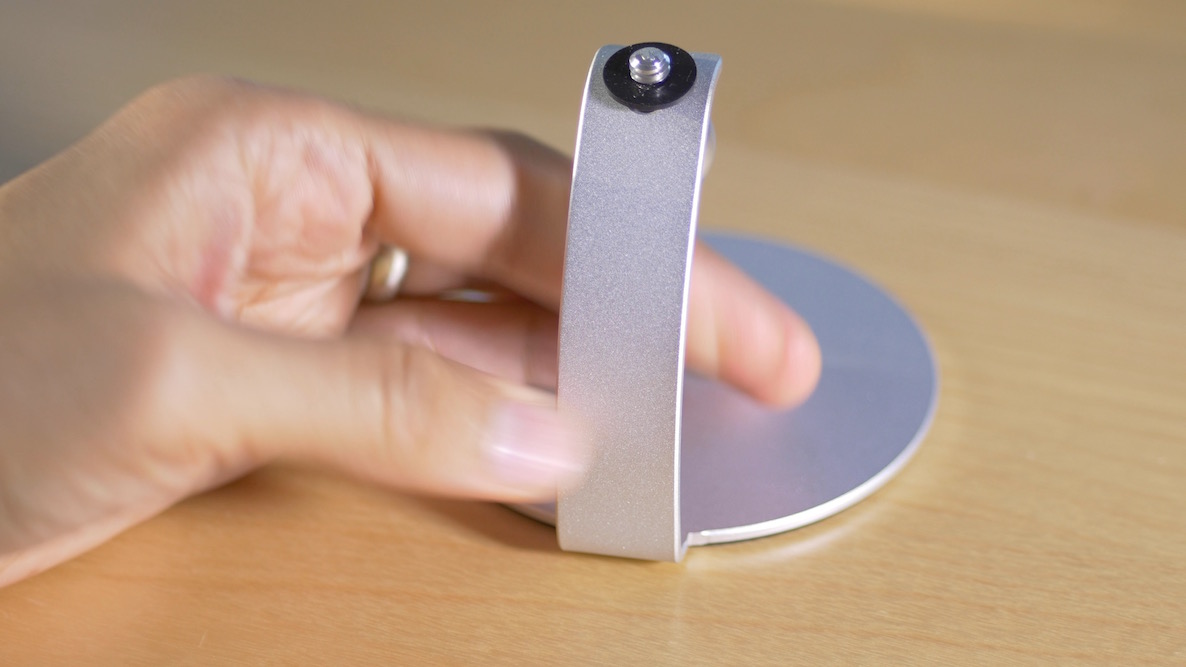 The MV5 doesn’t come with a pop-filter or a shock mount, but in most cases, you won’t be needing them. You will need a pop-filter if you’re desirous of the radio sound that can only be achieved by being a few inches from the mic, but at the recommended distance, the MV5’s built-in windscreen can handle and dissipate most of the plosive sounds.

This microphone features input for standard Micro-USB (it comes with Lightning and USB cables), and a 3.5mm headphone jack for monitoring. To the left of those inputs rest two buttons—one for adjusting the three DSP settings, and one for mute. Right above the buttons lies a wheel to adjust headphone output volume. 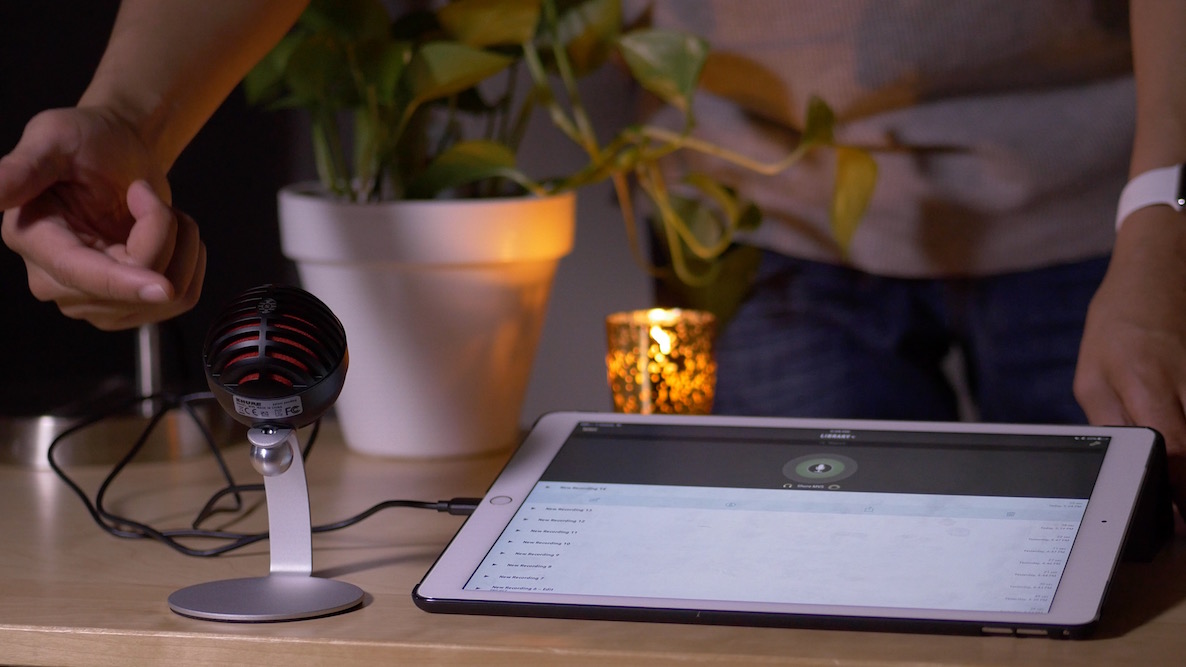 Noticeably missing from the MV5 is a dedicated gain knob. You can’t actually adjust gain from the microphone itself, which might be a bummer for some. Gain can be adjusted via a compatible application, such as Shure’s own Motiv app. Shure’s app will also let you switch between two available bit depths, although you won’t find the 24/96 depth available in some of the more expensive microphones. 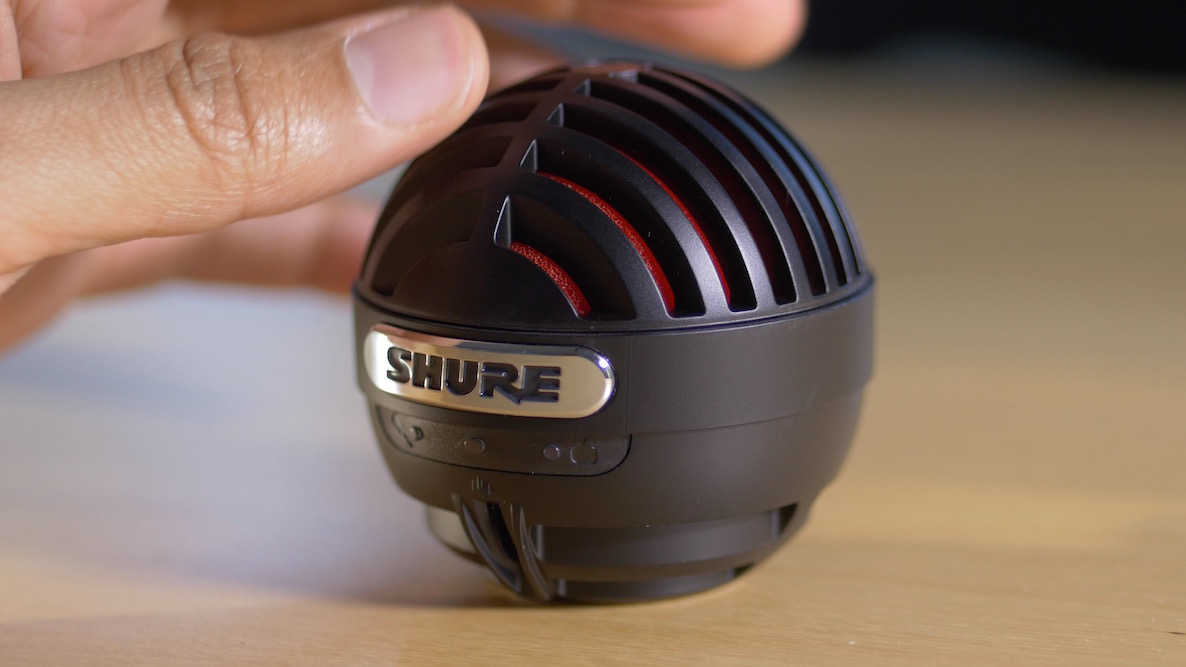 The three DSP settings available with the MV5 are vocal, flat, and instrument. The vocal setting is obviously more geared towards podcasting. The lights on the rear of the mic’s head light up to illustrate the current mode being used. Those same lights also flash bright red when the mic is muted, which can be a bit annoying to be honest.

I was pretty satisfied with sound quality. Even though my office is less than ideal for recording, I still came away with sound that was more than satisfactory, certainly better than what’s achievable from my iPad Pro’s on board microphone. The entire video review embedded above was recorded with the Shure MV5 for the audio. 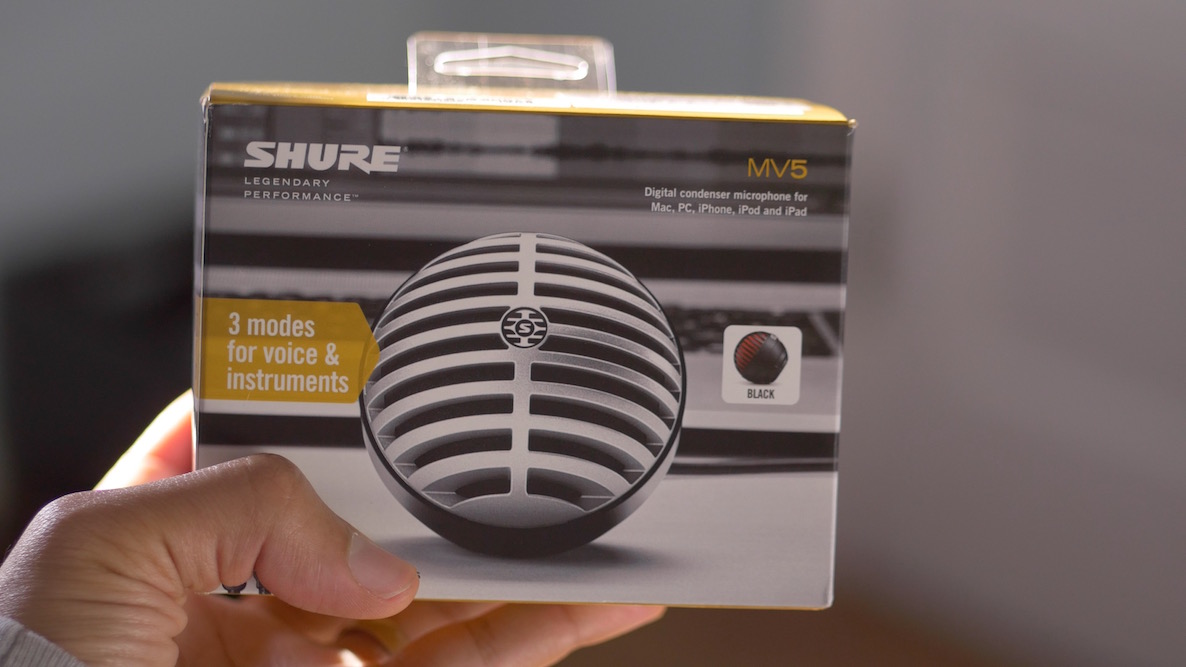 For only $99, I think the Shure MV5 is a good buy. It won’t replace a high quality dedicated setup, but it’s more than adequate for podcasting, and quick recording sessions.