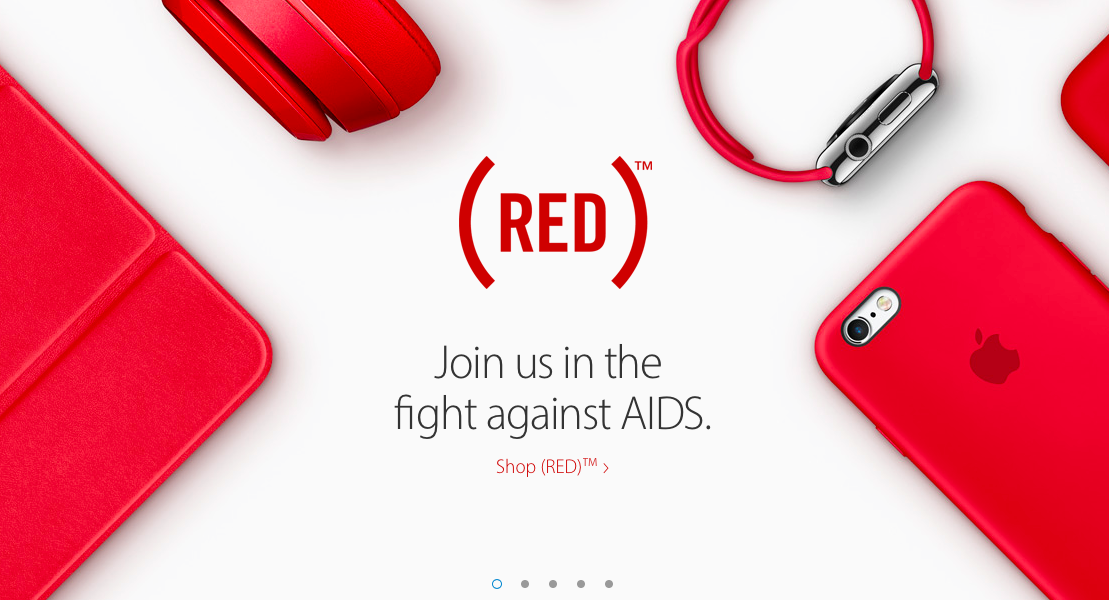 Apple logos on the company’s retail stores around the world have turned bright red today, and that means one thing: it’s honoring the World AIDS Day. In the App Store, Apple and (RED) joined forces with developer Supercell, with 100 percent of proceeds from customers who buy (RED) packs for Supercell’s games going to the Global Fund to fight AIDS.

And via its homepage at Apple.com, the company is inviting customers to help the initiative by purchasing (RED)-branded products like Macs, iPhones, iPads, iPods, Watches and accessories such as Beats headphones, the Smart Cover for the iPad Air and the Smart Case for the iPad Air 2.

“When you buy (PRODUCT)RED merchandise, you’re supporting the fight for an AIDS-free generation,” reads a notice on Apple’s website.

Around the world, Apple stores are going (RED) to show our support and help raise awareness for #WorldAIDSDay pic.twitter.com/gpX4rLVNwt

Each purchases includes a limited-time decorative item, “so you can show off you support for (RED) in the game,”notes Apple.

Thus far, the initiative has raised over $320 million for the Global Fund, more than $100 million by Apple alone. The funds are mostly allocated to provide education and medical care to those most affected by this disease.